Building an App Repository is the first step in managing apps using MDM. As the name suggests, App Repository contains both Store and Enterprise app, to be distributed to the devices. Once done, the apps are ready for distribution. Once distributed, app installation is initiated through the Store, in case of Store app and in case of enterprise apps, the device contacts MDM to initiate installtion. Once the installation is initiated, the installation status is updated in near-real time on MDM. App updates is similar to app installation, while app deletion is even simpler. Learn more about app deletion for devices here and for groups here. Another easier alternative to removal of apps is moving apps to Trash. You can learn more about app installation in MDM, using the flow chart given below. 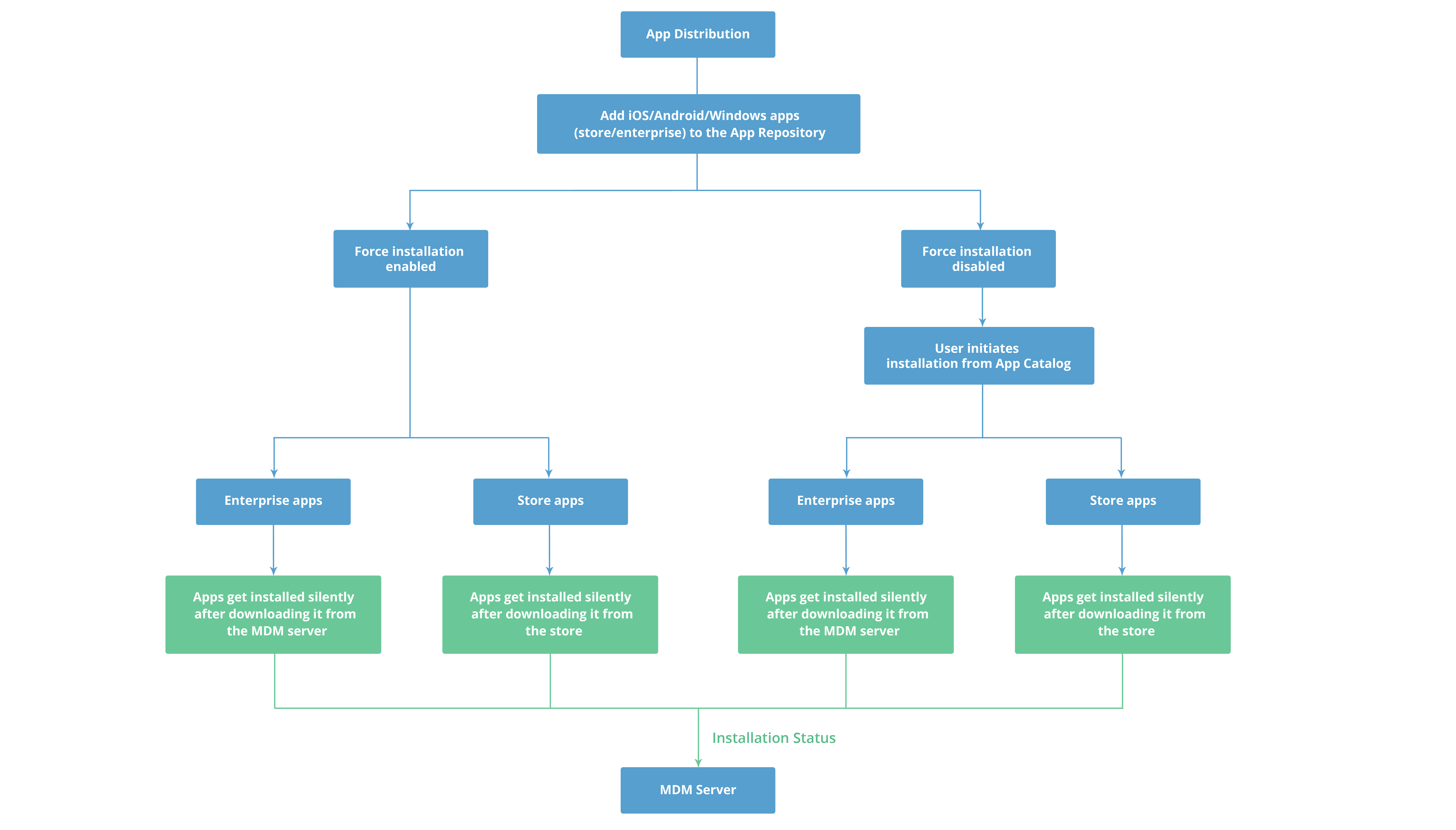 and can be deleted or restored from there.