Cloud is on the rise and for good reasons

Never before in our lives have we seen such a drastic transformation in IT as we see with Virtualization and cloud. There have been many innovations but none has gathered the support of CFOs, CIO, Sysadmins, Vendors, and End user together like the way these two did.

CFOs understand the cost benefits, CIOs understand the datacenter consolidations, Sysadmins understand reduced rack and wiring problems, Vendors understand that they have to sell solutions such as cloud-in-a-box and not just bits and pieces of hardware, and end-users, yes even they have to come to terms with IT as they start tasting the benefits of Amazon EC2 for some of their own requirements.

In this whitepaper we will see how these innovations gave rise to the need for a new age cloud-aware network monitoring software which makes large enterprise IT management easy.

Cisco UCS is the first cloud-in-a-box solutions that brought together blade servers, hypervisors, SAN, networking switches together in a single solution.

Virtualization and its Explosion:

The 2012 Gartner report for the Top 10 Business and Technology priorities for IT has included Cloud & Virtualization in the top10 technology list. When the budgets are constantly on the same level, if not decreasing, the only factors that can help IT are these two. 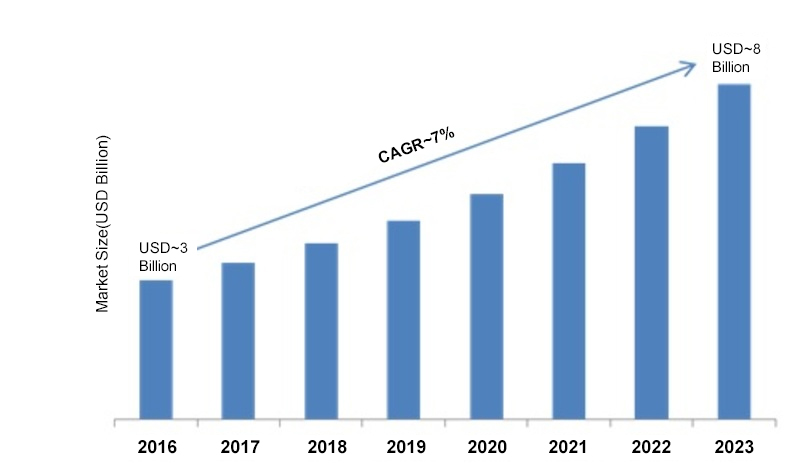 Cisco UCS, HP Matrix, and IBM Pure Systems - these are the three cloud-in-a-box solutions available in the market today. You can run thousands of Virtual Servers on just one box. Imagine the space and cost savings.

Of all the three Cisco UCS is the leading vendor with partnerships such as VCloud and Flexpod, which are offerings of UCS+EMC and UCS+NetApp respectively. Together with these solutions Cisco UCS has a commanding share of the cloud-in-a-box market.

Be it the spider man or IT guy the story is the same - with great powers come great responsibility.

While Spiderman is busy managing the bad guys of New York, our IT guys have to tackle the new Virtual infrastructure because its now more dynamic and most importantly, completely invisible. 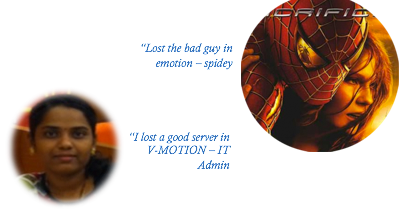 IT Management in earlier days was plain straight and easy as things were more physical and they didn't fly from rack to rack as they do now with vmotion. This emerges as the key striking comparison between IT yesterday and IT Today.

Going Virtual takes its toll on just one team - the team that manages it. With vmotion its hard to confine a server to just one physical location. Depending on the need it might hop from one to another at no time. 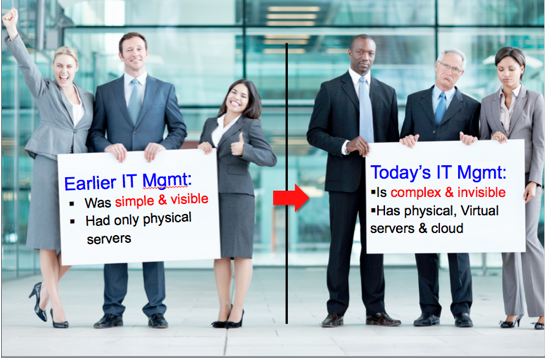 Supporting the networking and infrastructure division of such a large insurance organization is very challenging job. With people accessing it from everywhere it's a nightmare if the application is not available even for a single minute. The cost of downtime is not measure in thousands of dollars but in millions of dollars. Rest assured, if the downtime exceeds a day its going to be on the news and someone's gonna be calling it a day at IT. 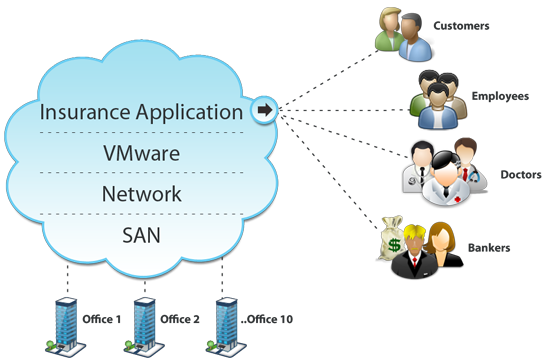 After moving to a completely virtualized environment the IT team decided to manage them with just the existing tools. They thought retro fitting an old age tool to new technology might just work.

But it didn't. The tools didn't understand the nuances of virtualization and started seeing every virtual machine as just a physical server.

The team then just started looking for tools in the market they could get the job done more neatly and at a price that is acceptable to all. They know that getting rid of the existing tools could save them from a million dollar renewal - the money they could to put to better use if they get an inexpensive tool.

One of the technicians evaluated OpManager and felt that the probe-central model with virtualization support might be just the right tool to manage their 10 datacenters. They started evaluating the tool and ended up purchasing it for its price, features set, and simple user interface.

When we think of a manufacturing factory for some reasons our brain doesn't see IT. We can imagine robots, conveyor belts yeah sure but IT? Servers? We don't visualize them.

But on the contrary the more automated your process is the more IT dependent it is going to be. In this case of chip manufacturing the company was running a fully virtualized environment over VMware and with thousands of handheld devices from Citrix. In case of an outage on the central production application which controls the different stages of the chip production the amount of loss would be enormous as the whole set of chips have to be trashed.

To understand the impact you should know the size of these giant factories. A single factory could be as big as 6-foot ball fields wide and 10 football fields long. Scrapping the raw material on such a vast facility means we are talking about millions of dollars in waste.

To add more complexity the IT team's head wanted to have a central console that can show the status of all the three facilities which are spread over the globe.

With each country having its own tools, it was a nightmare for the IT head.

This is how their new architecture looked like after the started implementing OpManager Enterprise at each of the location.

Now they are at cross roads. The IT head wants control on what's going on across all branch offices and the regional teams wants to hold on to their own tools. Then they decided to try a different tool that allows global management with a regional touch.

With probes at each location they can now have a single console that offers the complete picture of overall IT to the IT head and also gives the control back to the regional teams.

In addition to the server, network, and VMware monitoring they also used ManageEngine Applications Manager module, which monitors the application and sends alert into OpManager for a unified console. 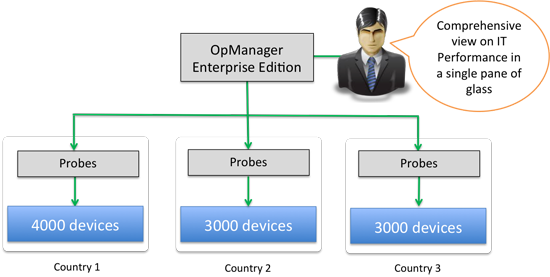 They got rid of the old tools with a budget that is inexpensive than the older ones in place.

This is about a large fashion house that sells fashion accessories over the web from its online store.

With online store being the only channel for sales, the IT team's primary task was to find out if the site has any performance issues. Any degrade in service levels will impact revenues almost instantly and directly. Their online store was on top of their IT pyramid. 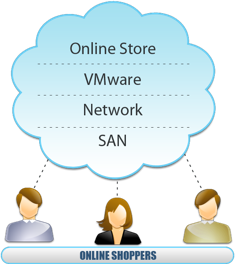 The IT team was organized into four major teams - the server team, the network team, SAN team and DB team. The major problem was that each team had its own view of IT management and they brought in different tools to the table.

From legacy Big4 tools to some proprietary software for specific storage needs there were a whole lot of tools for managing the 1000 devices they had across the two datacenters.

This is how their IT management strategy looked like with multiple tools. 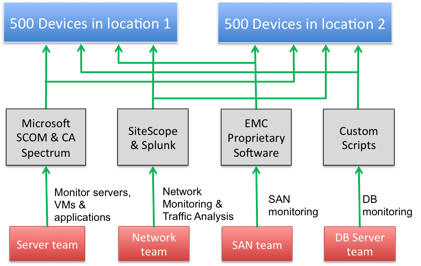 Needless to say this approach to monitoring a private cloud datacenter architecture was no good and soon they started looking for alternatives that were flexible for every team and also offers better cost to performance. 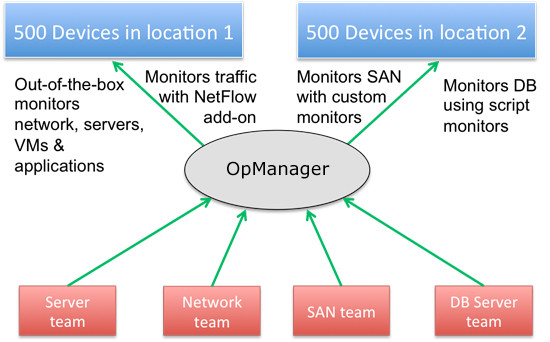 Caught between legacy vs. v-something tools? Try ME

Most large enterprises today are facing the same question - should we retrofit our legacy tools for private cloud environments or should we wait for the pure-play virtualization only tools to grow up and handle everything.

Fortunately there is a better alternative today that offers private cloud monitoring capabilities without compromising on infrastructure and network. - ManageEngine OpManager Enterprise Edition.

From the switch port to the end-user-experience on the application OpManager can handle everything that's important for you at all the three levels - Infrastructure, Virtualization, and IT service level.

By default around 800 different networking, storage, and infrastructure device types are supported right from Cisco to NetApp. VMWare and Hyper-V are supported at the virtualization level. Java/.Net apps, Oracle/Cassandra, URLs and End-user-experience monitoring supported at the App level. 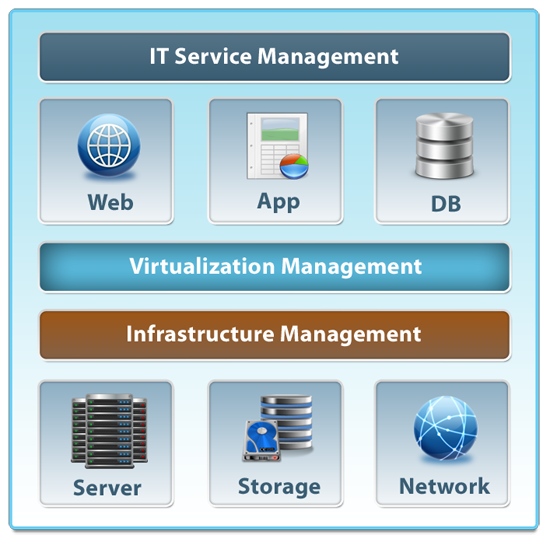 Out-of-the box support for VMWare and Hyper-V hypevisors. More than 150 monitors and reports that make virtualization monitoring a breeze.

In depth monitoring with plugins 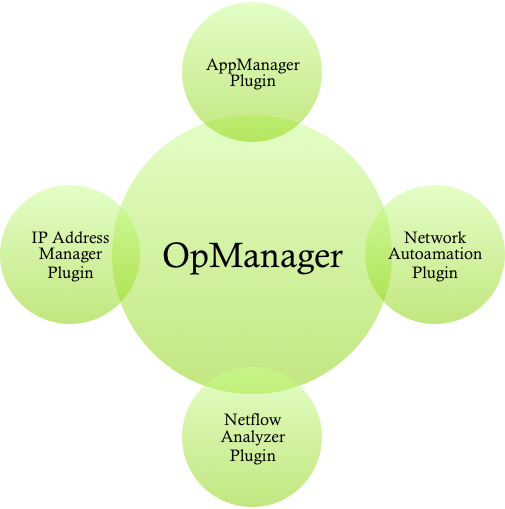 Truly distributed monitoring with a secure probecentral model that offers both alerts as well as reports on the central console with inbuilt high availability options that doesn't cost you additional burden on budget. 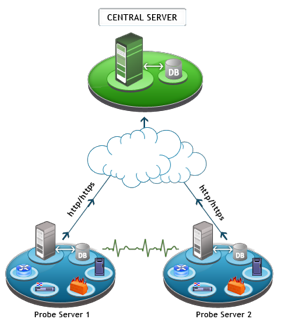