Organizations expand over time, acquiring new businesses and multiplying their resources based on need. They expand to new locations for better serving clients. Organizations evolve and so do their networks. Keeping this in mind, OpManager Enterprise Edition is engineered for networks that are dynamic and geographically distributed, so they can be managed by a unified console.

With OpManager Enterprise Edition, you can deploy

Central server - The Central server acts as a unified console which synchronizes data with multiple Probe servers. The central server is designed to provide network visibility across locations, consolidate, and report the health of multiple remote networks. 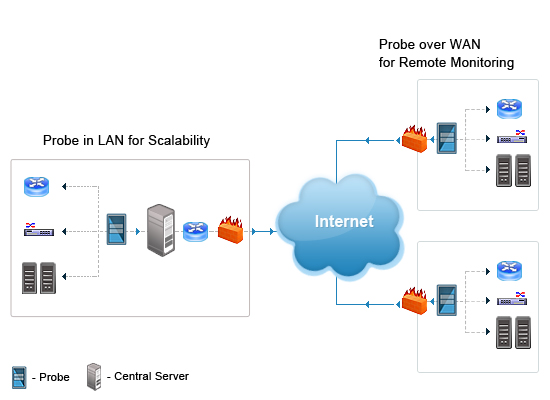