OpManager listens for SNMP traps on the default port number 162. Which later can be processed into alarms/alert messages. Processing numerous traps at once will lead to performance degradation. From SNMP Trap Settings, it is now possible to control the number of trap messages listened by OpManager. Limiting the number of Traps processed will reduce the strain on OpManager's server and CPU memory consumption. 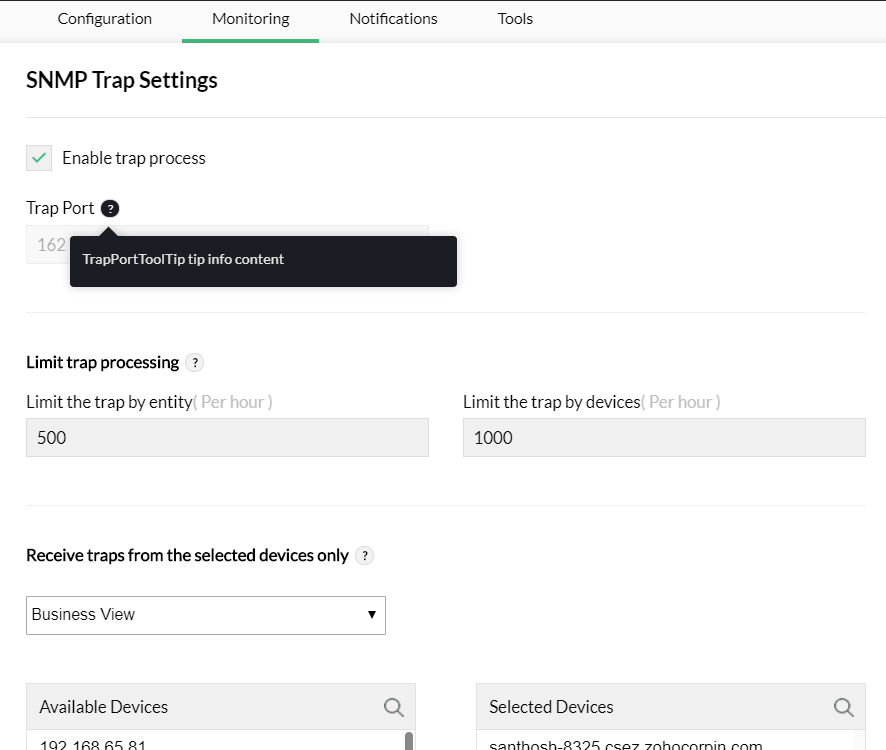 Port number is set to 162 by default. If this port is busy or unavailable, it can be changed to a different port of your choosing.

Limit the number of traps received by OpManager on an hourly basis.

Receive Traps from selected device only:

OpManager will parse the traps only from the chosen devices. These devices can be chosen manually, from Groups, or from Business View.

Note: When the number of traps (to be processed) received by the OpManager server is greater than 50,000/hr, OpManager automatically stops processing traps.