What is a jump server?

A jump server is an intermediary landing server, a host device, or an SSH gateway that enables users to connect to and manage remote systems in different security zones, and facilitates controlled access between them.

The need to secure remote access through jump servers

Jump servers enable direct access to critical remote systems in separate security zones, so credentials to connect to remote systems are key targets of cyberattacks. In addition, a malicious actor with access to a jump server can masquerade as an authorized user and control the assets that are managed through that jump server. Therefore, it’s important to protect the devices in your network from external infiltration and from spreading malware to other machines on the network.

Access Manager Plus streamlines the entire process of data center access management by enabling direct connections to remote systems in a data center while adhering to the security protocols, helping you improve operational efficiency and productivity. Administrators can consolidate all remote device credentials centrally and map them to the respective jump servers. This facilitates smooth, one-click access to remote resources while the intermediary jump server authentication is automatically executed in the background.

Access Manager Plus lets you configure any number of jump servers to connect to a remote Linux system (SSH connection) and a single jump server to connect to a remote Windows system (RDP connection). Once configured, you can associate the jump servers with the remote resources managed in Access Manager Plus, and define the path to launch a direct connection with the resource. You can associate as many remote systems as needed with a single jump server; different remote systems have different connecting paths with different intermediary hop servers. 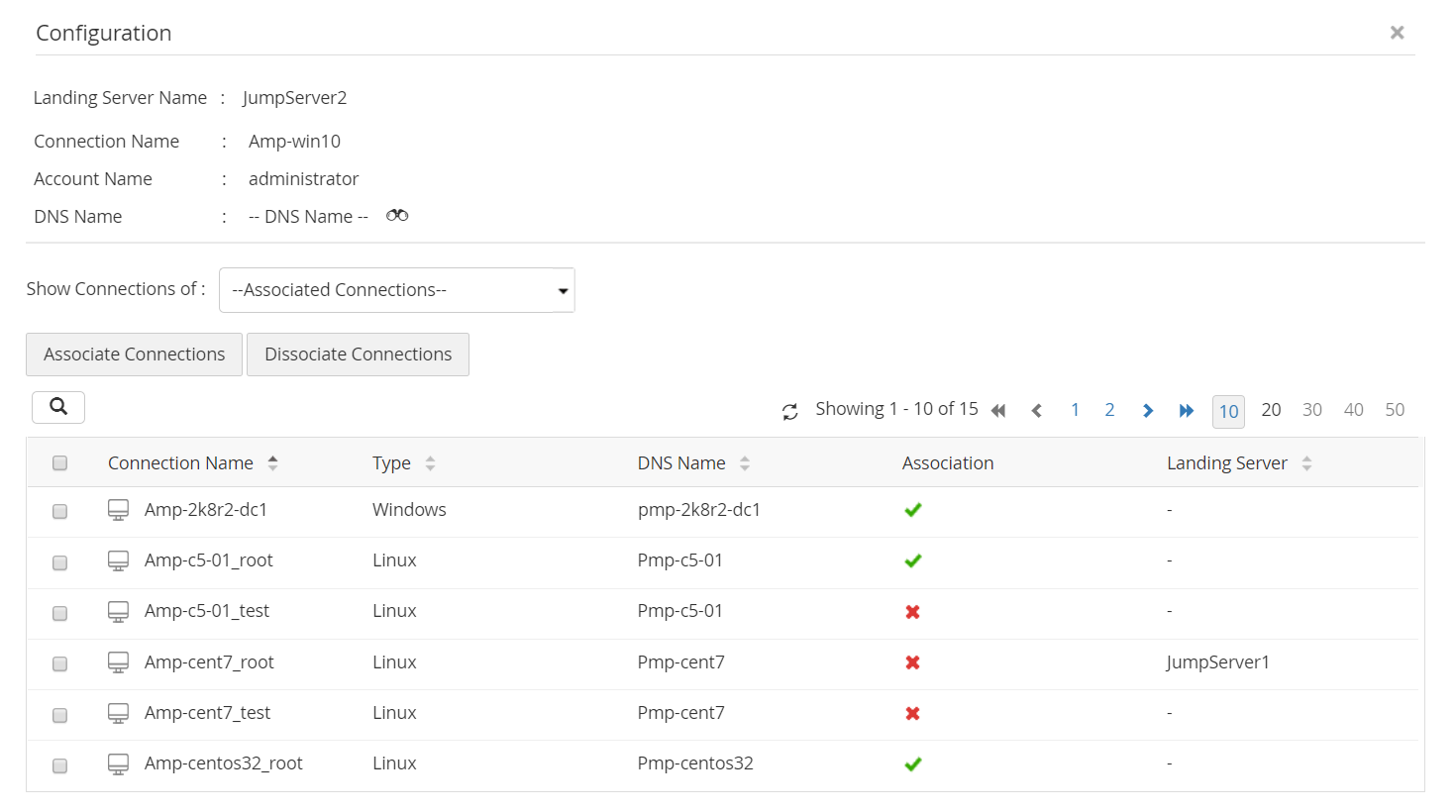 Associating connections to the landing servers