Wake on Local Area Network (LAN), commonly referenced as Wake on LAN, is a computer networking standard that aids in the remote booting of wired and wireless networks. Also known as remote wake up, wake up on LAN, wake on wireless LAN, or simply WOL, the Wake on LAN technology helps network admins optimize energy usage, and ensure that network resources are readily available.

Since remote Wake on LAN standards are met by most device manufactures, network admins widely used Wake On LAN Application to provide uninterrupted IT resource availability. In this page, we'll look into, 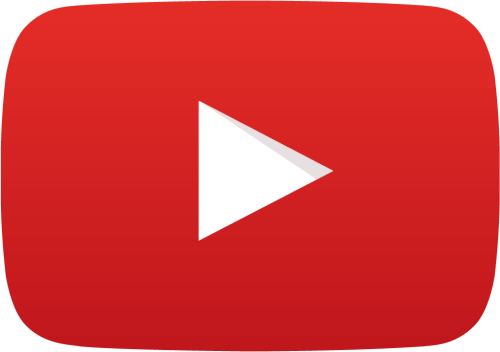 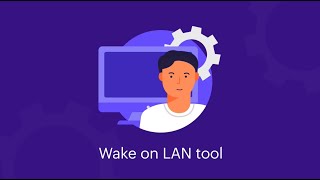 Wake on LAN tool in OpUtils

Threats and difficulties in Wake-on-LAN implementation

Several factors, such as not using an appropriate BIOS or network card, the internal architecture of the target machine, and sometimes the reliability of the OS and router functionality, can hinder the functionality of a Wake on LAN tool. Some of the common hurdles faced by network admins when implementing Wake on LAN include:

To avoid these network mishaps, an effective software tool like OpUtils Wake-on-LAN should be used.

OpUtils' Wake on LAN tool enables network admins to wake up machines remotely on demand. The WOL tool solution can be used to boot either a single Wake On Lan device or multiple devices simultaneously. Network admins have the option to send the Wake on LAN (WoL) packets to a specific system, or broadcast the WoL packets to whole subnets using the WoL tool. The status and the last wake-up time are automatically updated in the database.

OpUtils' Wake on LAN solution eases the use of WoL technology with its auto discovery and rediscovery of network devices. Equipped with real-time network scanning tools, the Wake on LAN utility discovers and displays the MAC addresses in your network to help network admins wake up a specific target machine. Also, OpUtils’ tree-based hierarchy of subnets helps network admins efficiently broadcast WoL messages to the subnets in which the target machine(s) are present.

Booting network devices becomes more difficult if the devices are physically distributed across different floors, or blocks within the organization. OpUtils' Wake on LAN tool enables network admins to gain a centralized view of their network devices. It provides a summarized view of various tasks, along with the status of execution.

Booting network devices becomes more difficult if the devices are physically distributed across different floors or blocks within the organization. OpUtils' Wake on LAN tool enables network admins to gain a centralized view of their network devices. It provides a summarized view of various tasks, along with the status of execution.

To simplify this process, OpUtils' Wake on LAN tool comes with a Scheduler that enables you to create different schedules for devices that require periodic booting and powering down. Once created, OpUtils' Wake on LAN tool automatically triggers these wake-up schedules, thereby booting up and powering down the target devices. Network admins can also choose to wake-up a device on demand, by simply clicking the button next to the managed device in the OpUtils' web console.

OpUtils’ Wake on LAN tool enables network admins to create multiple groups containing different computers, and these groups can be scheduled to run at different times. There is no restriction on the number of groups that can be created. The status of individual tasks will be provided as a summary under Groups in Networking Tools by the Wake on LAN tool. The status of individual computers will also be available in the Status column under Devices in Networking Tools.

OpUtils’ Wake on LAN tool provides you with a view of all the MAC addresses in the network. You can use this list to trigger wake-up calls to network devices. This helps you avoid maintaining separate records of MAC addresses, which is required of other standalone WoL tools. This also enables you to boot multiple devices remotely, providing significant savings in time and effort.

Prerequisites to use Wake-on-LAN software in your network

Prerequisites to use Wake on LAN in your network

Wake-on-LAN (WoL) is a tool that remotely wakes up, or boots up, a wake on LAN devices present in the network that is powered off. Using a specially designed frame called a magic packet, which contains the target computer's MAC address, Wake on LAN (WoL) has the capability to communicate with computers that are powered off or in a low-power mode. Wake on LAN Magic Packet is also called the WOL Packet that acts as the transmitter of the Wake up on LAN message. A device connected to the network can transmit the magic packet Wake on LAN message to wake up a target computer, eliminating the need to physically boot up a machine.

How does Wake-on-LAN tool work?

A network admin can perform a remote wake on local area network (LAN) using the Wake on LAN software by transmitting the magic packets to the target device. To do this, a Wake on LAN message is broadcast to all the machines in the network or subnet, including the target machine to be awakened. The Wake on LAN Packet is transmitted through the data-link layer by the WOL Software. The machines in low power mode that are enabled with Wake-on-LAN infrastructure will “listen” to the broadcast message. The machine boots up if the received WoL magic packet contains its MAC address.

Why use Wake-on-LAN software?

Wake on LAN simplifies the task of network management by automating remote booting by deploying networking concepts, such as magic packets. This enable network admins to,

How to monitor Wake-on-LAN (WOL)?

Network admins can monitor the device status and trigger wake-up calls to network devices, right from their OpUtils' wake on LAN web console. They can monitor their wake on LAN processes with visibility into the status of the scheduled wake ups, individual devices, and device groups.

Getting started with OpUtils' Wake on LAN (WOL) monitor

OpUtils offers features like port scanner, advanced IP scanner, IP address tracker, network scanner, and 30+ network tools such as IP tools, along with Wake on LAN tool. These features give you full-fledged network resource monitoring along with complete visibility into your IPs and switch ports.

If you are new to OpUtils, schedule a live demo with a product expert. We would be pleased to uncover all the features OpUtils has to offer, as well as answer your questions. Want to try-out OpUtils hands-on? Download a 30-day free trial and get started with OpUtils in as little as an hour! OpUtils seamlessly integrates in to your existing network environment without you having to make many changes to your network infrastructure.