This document will explain you about executing boot using PXE

For bare metal, it is enough that the machine BIOS configuration supports network booting. This is because no operating system is present on the hard disk, so the machine will boot from the network even if the hard disk drive is the first device in the boot sequence.

On a machine that already has an operating system on the hard disk, the BIOS must be configured so that the network adapter is either the first boot device, or at least precedes the Hard Drive device in the boot sequence.

The following example shows one of the reasonable BIOS configurations. Unless you insert a bootable media, the machine will boot from the network. 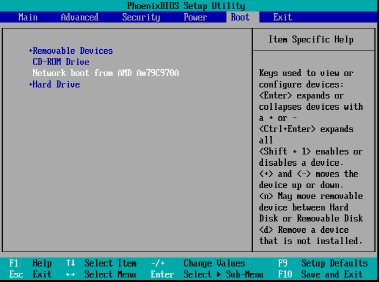 Example of setting up the BIOS for network booting

Imaging and Deployment Software trusted by