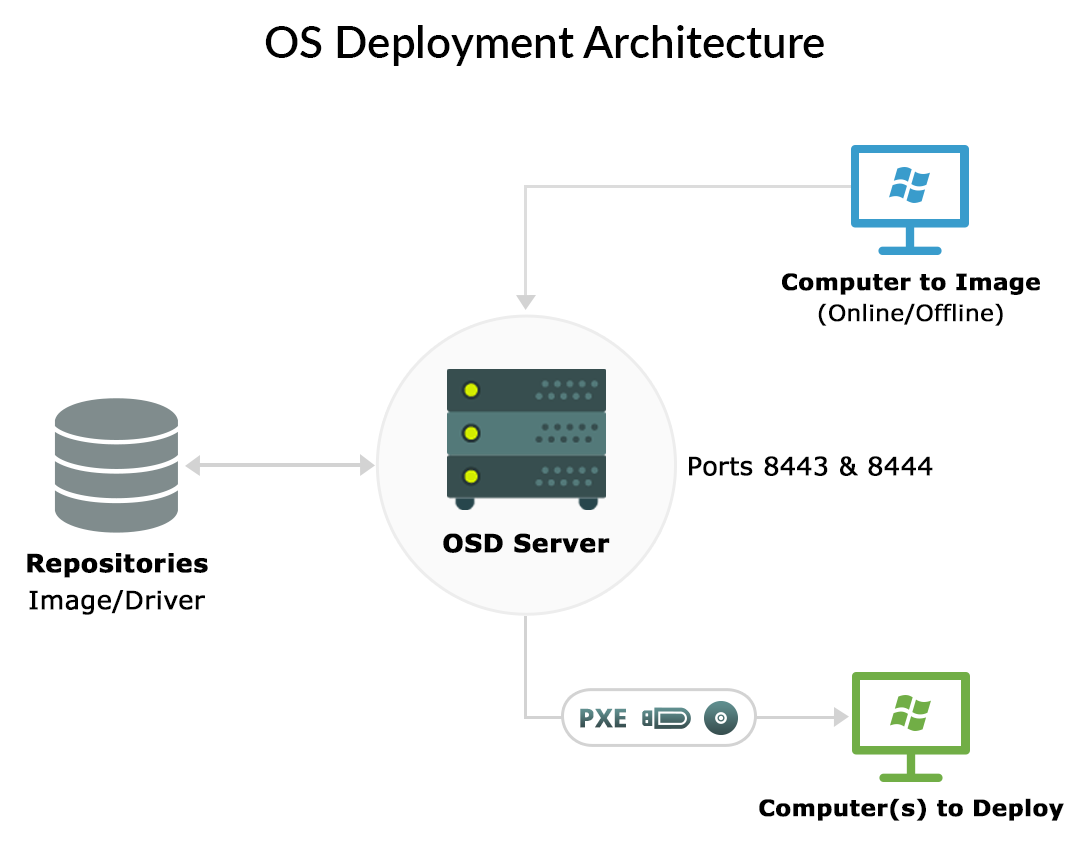 From the OS deployment console, you can specify the details of the computer from where you want to perform imaging. Once you specify the details, the image creator components will be installed on the target computer and imaging will be performed. To store the images, you have to configure a network share as an image respository and all the images will be stored in the configured image repository.

During the process of imaging, the available drivers from the imaging machine will be automatcially collected and stored in the Driver repository. You can configure a network share as a driver repository. We offer two types of driver collection, manual and automatic. In automatic collections, the drivers which are automatically collected will be stored. In manual collections, you can manually add the required drivers to a network share and configure that as manual collections.