SSH keys, for instance, are machine-to-machine authentication entities that account for a huge portion of privileged access within a network environment. Even so, most IT departments put very little emphasis on key management best practices in comparison to password management. SSH keys are often randomly generated and used without any centralized mechanism to track their creation and usage. As a result, they quickly multiply and continue to go unnoticed within the network, exposed to risks of being exploited by malicious insiders. To add to the challenge, SSH keys never expire, which could result in perpetual unauthorized privileged access if they land in the wrong hands.

This is also the case with SSL certificates, which form the pillars of internet security in most organizations. Improper SSL implementation can cause a wide range of problems including website outages and security breaches—both of which could negatively impact your brand's reputation. Without automation, streamlining the life cycle management process for thousands of certificates deployed across hundreds of servers would be a daunting task.

Even with an unyielding password manager in place, cybercriminals have plenty of room to circumvent security controls and gain access to superuser accounts by capitalizing on these unaccounted for privileged identities.

Below are some major pitfalls that your organization is bound to encounter if you brush aside SSH keys and SSL certificates when developing your PAM strategy.

According to a Ponemon report, the average organization houses over 23,000 keys and certificates, many of which grant sweeping access to root accounts. Without a centralized key management approach, anybody in the network can create or duplicate any number of keys. These keys are often randomly generated as needed and are soon forgotten once the task they are associated with is done. Malicious insiders can take advantage of this massive ocean of orphaned SSH keys to impersonate admins, hide comfortably using encryption, and take complete control of target systems.

Security best practices recommend that SSH keys be periodically rotated to avoid the risk of privilege abuse, but huge volumes of unmanaged SSH keys make key rotation an intimidating task for IT administrators. Moreover, due to a lack of proper visibility on which keys can access what, there's widespread apprehension about rotating keys in fear of accidentally blocking access to critical systems. This leads to a surge of static SSH keys, which have the potential to function as permanent backdoors.

For the sake of efficiency, SSH keys are often duplicated and circulated among various employees in an organization. Such unintended key duplication creates a many-to-many key-user relationship, which highly increases the possibility of privilege abuse. This also makes remediation a challenge since administrators have to spend a good amount of time revoking keys to untangle the existing relationships before creating and deploying fresh, dedicated key pairs.

Many businesses rely completely on SSL for internet security, but they often don't realize that a mere implementation of SSL in their network isn't enough to eliminate security threats. SSL certificates need to be thoroughly examined for vulnerabilities in configuration after installation. When ignored, these vulnerabilities act as security loopholes which cybercriminals exploit to manipulate SSL traffic and launch man-in-the-middle (MITM) attacks.

The degree of security provided by any SSL certificate depends on the strength of the hashing algorithm used to sign the certificate. Weak certificate signatures make them vulnerable to collision attacks. Cybercriminals exploit such vulnerabilities to launch MITM attacks and eavesdrop on communication between users and web servers. Organizations need to isolate certificates that bear weak signatures and replace them with fresh certificates containing stronger signatures. 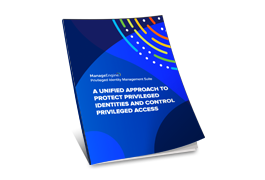