Remote Computer Rename, as the very name implies, is used to rename computers. There could be plenty of reasons for renaming computers in your organization, for example- your IT department might have ordered a couple of new computers and each one of them is named something obscure or generic like "XCVFED7E4284HTE" or maybe a different person assumed a particular role and is going to use a computer that someone else previously owned.

Regardless of the reason, the renaming process could turn out to be tedious, cumbersome and time-consuming, especially if you have computers spread around the world in different branch offices. Don't worry, using the Computer Rename feature in Remote Access Plus, you can rename your computers, even if they're situated geographically at a different place, in a few steps.

How to rename remote computers using Remote Access Plus?

Login to your Remote Access Plus web console and switch to the Tools tab, and select System Manager. Here, select Computer Rename and enter the new name of the computer. Subsequently, if you're using an Active Directory Domain based setup, you need to enter the credentials of the domain admin account (domain controller's admin credentials) in the format shown in the image below. Otherwise, for workgroup based setups, you just need to enter the new name for the target computer. Once done, you should restart the target computer to see the changes. 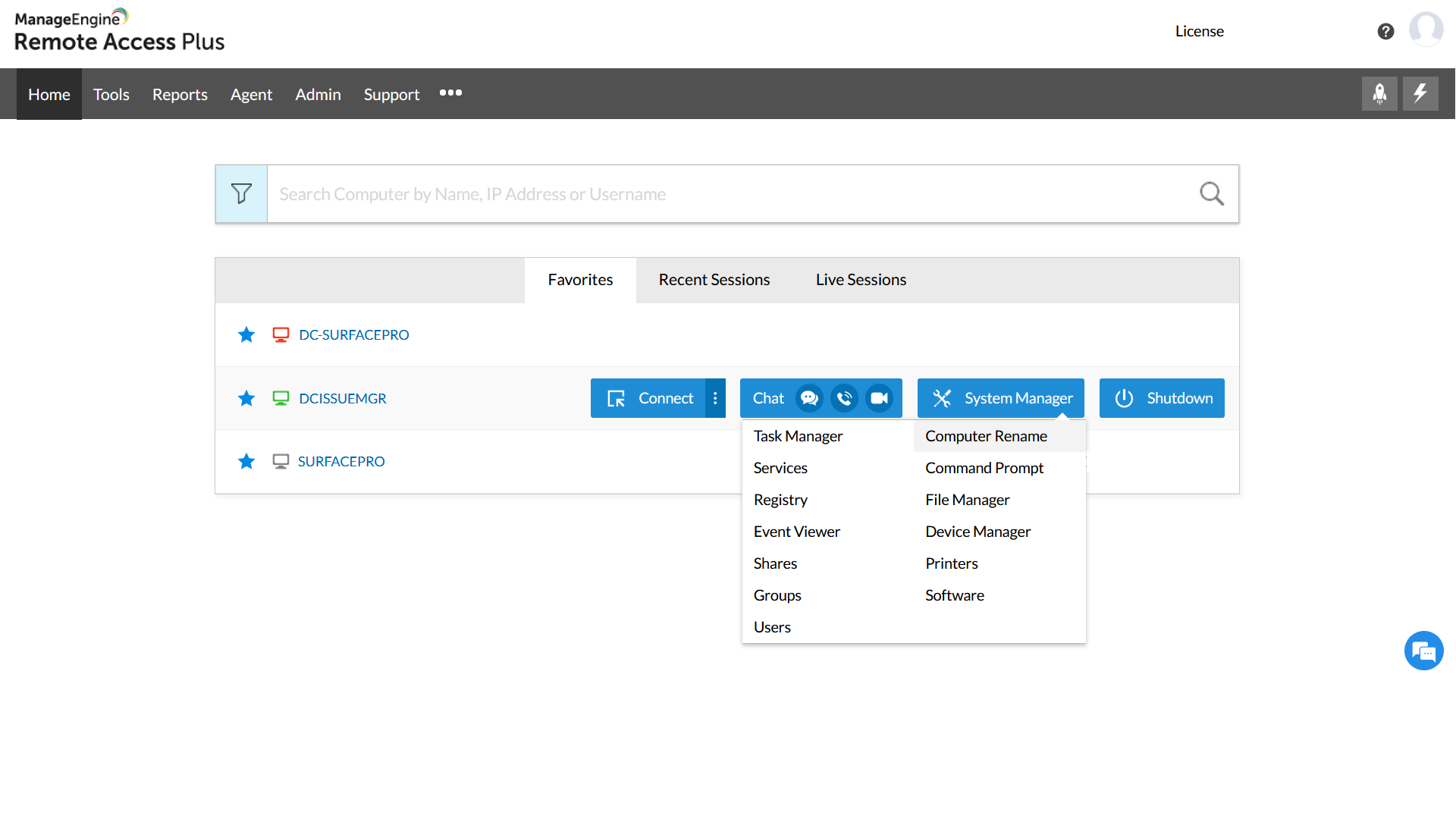