The cybersecurity world is moving at a fast pace, with more sophisticated attacks getting executed lately. Irrespective of the type of attack, compromised user credentials have been a constant feature in most of the attacks. And, attackers use different techniques to steal these credentials and infiltrate an organization's network.
In this e-book, we talk about one such technique- credential harvesting. You will learn how a credential harvesting attack is executed and what you can do to prevent such attacks.

Credential harvesting primarily aims at stealing user credentials and then use the stolen credentials to launch attacks on enterprises. This technique involves usage of attack vectors such as Man-In-The-Middle (MITM), phishing, and more. Often phishing is considered as the only credential harvesting technique. Undoubtedbly, it's one of the most common techniques used to steal credentials, but it's not the only one. Depending on what credentials are being targeted and how the adversaries intend to steal the data, credential harvesting can take many form including hackers trying out thousands of username password combination within short span of time (credential stuffing), they relying on credentials available in the dark web, man-in-the-middle (MITM), social engineering, using malware or weaponized documents, and more. Once the credentials are harvested, attackers can use these to launch highly devastating attacks or breaches on enterprises.

How does credential harvesting occur?

Attackers use a wide variety of tools and techniques to extract huge quantities of credentials from users. Once the credentials are stolen, attackers use these credentials to break into other enterprises, banking on the fact that some users might have used the same credentials across multiple websites.

Once the attacker has compromised the credentials of one user, the attacker can then enter the network using the stolen credentials and execute other ways such as the use of malicious software to harvest more credentials with higher privileges which will allow them to cause greater damage.

One such tool that is often used by attackers is Mimikatz.

Mimikatz is an open-source tool that can be used to harvest passwords, pins and kerberos tickets from Windows environments. This tool can also exploit elements of Windows authentication, if it is run with administrator privileges once installed on a system. Using Mimikatz an attacker can break into other domain accounts and escalate privileges.

Once an attacker has local admin privileges, Mimikatz needs be run with administrator privileges. Mimikatz can be used for:

Local Security Authority Subsystem Service (LSASS) is a security process in Microsoft Windows operating systems, that verifies user credentials during sign in and enforces security policies. When a user logs into their account, the system stores the credentials in the process memory.

Using credential dumping tools such as Mimikatz, an attacker can attempt to access the process memory to extract these users' plain-text passwords. This can be done by manipulating the Windows Security Support Provider (SSP) configuration. Windows SSP Dynamic-Link Library can be loaded into LSASS process during system boot. Once loaded into the LSA, SSP DLLs can be used to access encrypted and plain-text passwords stored in the Windows process memory.
When the attackers use Mimikatz to execute such critical events with restricted access, eventID4673 is triggered. This event relates to sensitive privileges.

Event ID4673 indicates that a privileged service was called. This might refer to a user exercising a right that is specified as a privilege. Privileges are granted to perform specific sensitive operations within the network to user accounts in a Windows environment. If audit policies relating to privileges are configured, the event ID 4673 is raised, whenever a user performs a privileged operation.
Listed below are few sensitive operations for which event ID 4673 is triggered.

The following table displays the information supplied when a privileged service is called and event 4673 is raised.

During a credential harvesting attack, the event 4673 is raised when Mimikatz is executed and the process tries to access the SeTcb Privilege, which refers to a process trying to act as part of the system.

Further, if Mimikatz is used for manipulating the LSASS process to inject a skeleton key remotely, all the domain controllers in the network, accept the skeleton key's master password as a user's valid credentials. When this occurs, another event 4673 is raised.

If you happen to see the event 4673, you need to know that a sensitive service was being executed by a user with high privileges. This can sometimes turn out to be an administrator backing up the files present in the server, or an Indicator-of-Compromise (IoC). Hence, event 4673 can potentially make-or-break your enterprise, depending on whether you have proper systems in place. A centralized log management system that can collect logs from every device in your network and alert you about malicious activities can help you monitor such events and mitigate threats at the earliest.

Since a major step in credential harvesting involves replaying stolen credentials from other websites into your enterprise, users must be made aware of the importance of adhering to password best practices such as.

Employees can be trained to identify phishing emails and refrain from opening links and attachments from unknown sources. They can also be trained to spot fraudulent login pages and report such incidents immediately to competent authority.

Regardless of the method used to compromise credentials from users, MFA can ensure that the compromised credentials aren't of much use since they do not have access to the second factor to authenticate a user.

Collecting and constantly monitoring logs from network devices such as firewalls, databases, endpoint solutions, domain controllers, and more. Also proactively look for security events such as 4673, to look for similar Indicators-of-Compromise.

A properly configured Security Information and Event Management (SIEM) solution can help you detect suspicious user activity and provide you with actionable insights on the specifics of the events happening in your network.

Tools such as Mimkatz can be used to cause a lot of damage to your network environment. However, since several processes are executed, it becomes hard to hide the traces. Even if Mimikatz is used to disable event log tracing, and uses tools to clean the event log traces, the use of tools themselves will also leave their own traces.
Hence, it can be seen that if appropriate audit policies are enabled and a centralized logging system such as a SIEM solution is used, you can ensure that malicious activities in your network are detected immediately, enabling you to take necessary remedial measures.

Log360 is a robust SIEM solution that centrally collects and manages all your network logs to provide you with actionable insights and help you devise a proper incident response strategy. 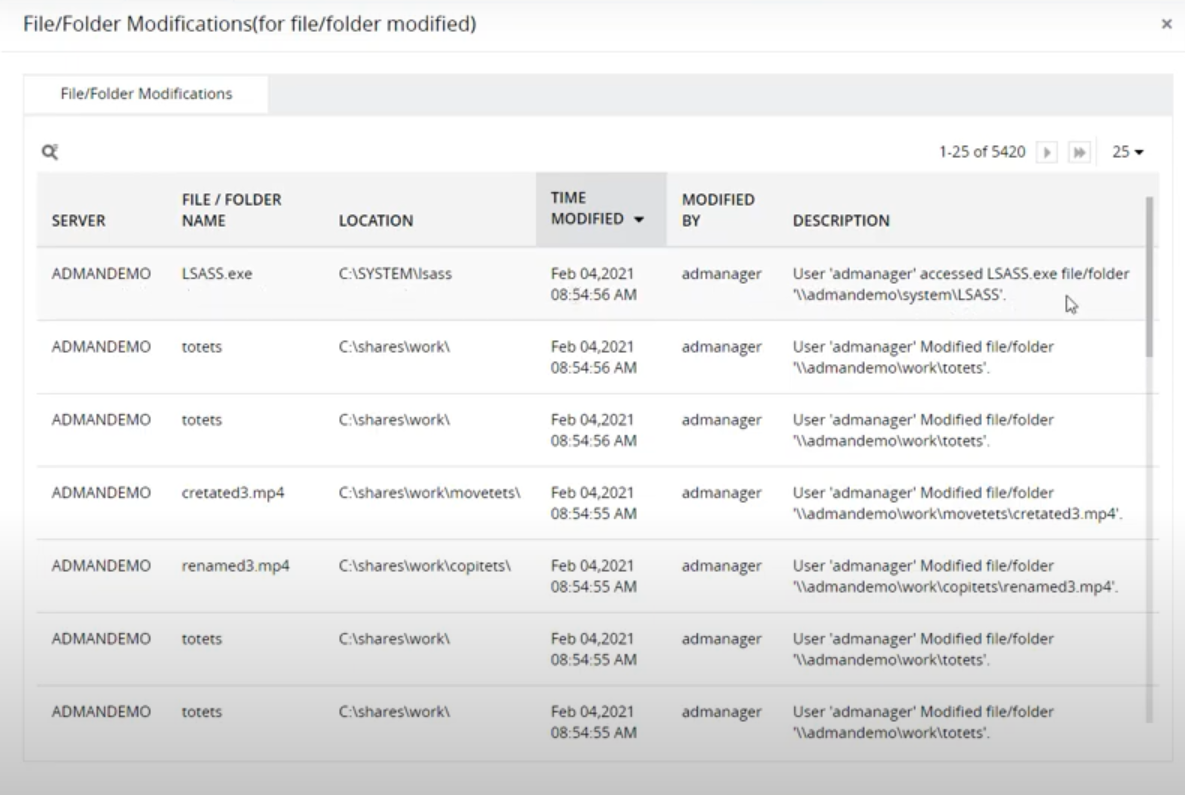 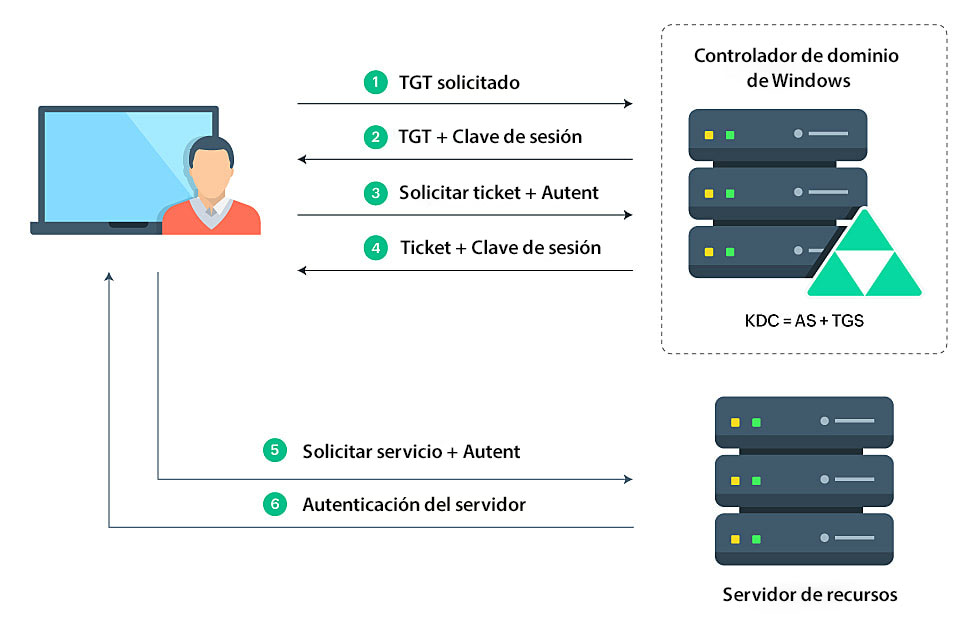