Failover or redundancy support for OpManager is necessary to achieve uninterrupted service. It becomes cumbersome if the OpManger DB crashes or loses its network connectivity and not monitoring your network. Though regular backups help you recover from DB crashes, but it takes time for OpManger to resume its service. However, in the mean time your network will be left unmonitored and some other critical devices such as routers, mail servers etc. may go down and affect your business. Implementing a redundancy system helps you to overcome such failures.

Note: This page is relevant for OpManager build versions 125139 and older. For newer versions (from build version 125140), refer this page. 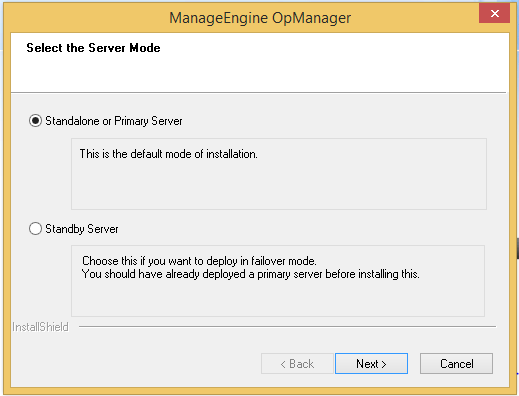 While installing OpManager on the standby server, 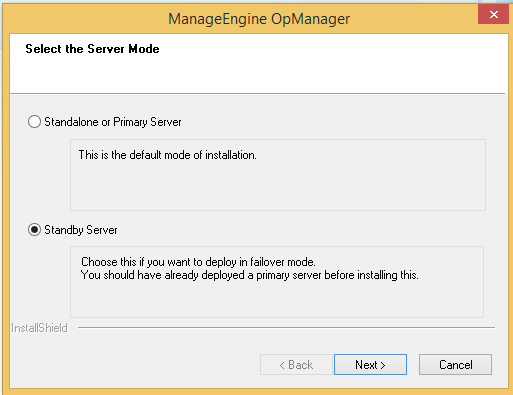 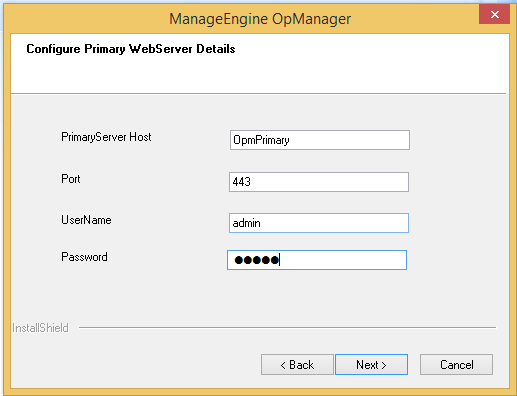 While running OpManager with MSSQL as the backend DB, implement clustering. Clustering refers to an array of databases in which the data are stored and have a single virtual IP. If any of the DB in the cluster environment fails the other DBs have the data thereby providing high availability of data. The Primary server sends all its data to a virtual IP and the data gets stored in multiple locations. The Standby server that takes control over the network in case the primary fails, then the standby server also sends the data to the same virtual IP.

If you want a specific file to be synced between the primary and standby servers, you can add the required directory in the Failover.xml file (OpManager\conf\OpManager\Failover.xml).

For configuring MSSQL server clustering visit the below link published by Microsoft.

Standby OpManager server can be started once the installation is completed, provided you have already configured MSSQL clustering for Primary server.