The Install/Uninstall Patches configuration enables you to manually install or uninstall patches from a central location. You can click on Install Patch and select the OS that you wanted to deploy patches to. While systems running on Windows and Mac OS do not have any preconditions, certain Linux distributions necessitate the below requisites

Provide a name and description for the Install/uninstall Patches Configuration.

specify the operation type as "install" to install patches and define the following values:

Click the Deploy button to deploy the defined Install Patches Configuration in the defined targets. The deployment will be initiated during the next system startup.

Note
Patch uninstallation is currently not supported for Mac and Linux machines.

If you are trying to create a configuration from Detailed View under All Patches, then the below-mentioned scenarios will come into effect. The Detailed View will list every missing patch against every single computer in a separate row, which means if a single patch is missing in 5 computers, 5 rows will be listed.
when you have chosen to deploy more than one patch for more than one computer as mentioned below, then you might end up in deploying the patches to the computers which you never intended to deploy. 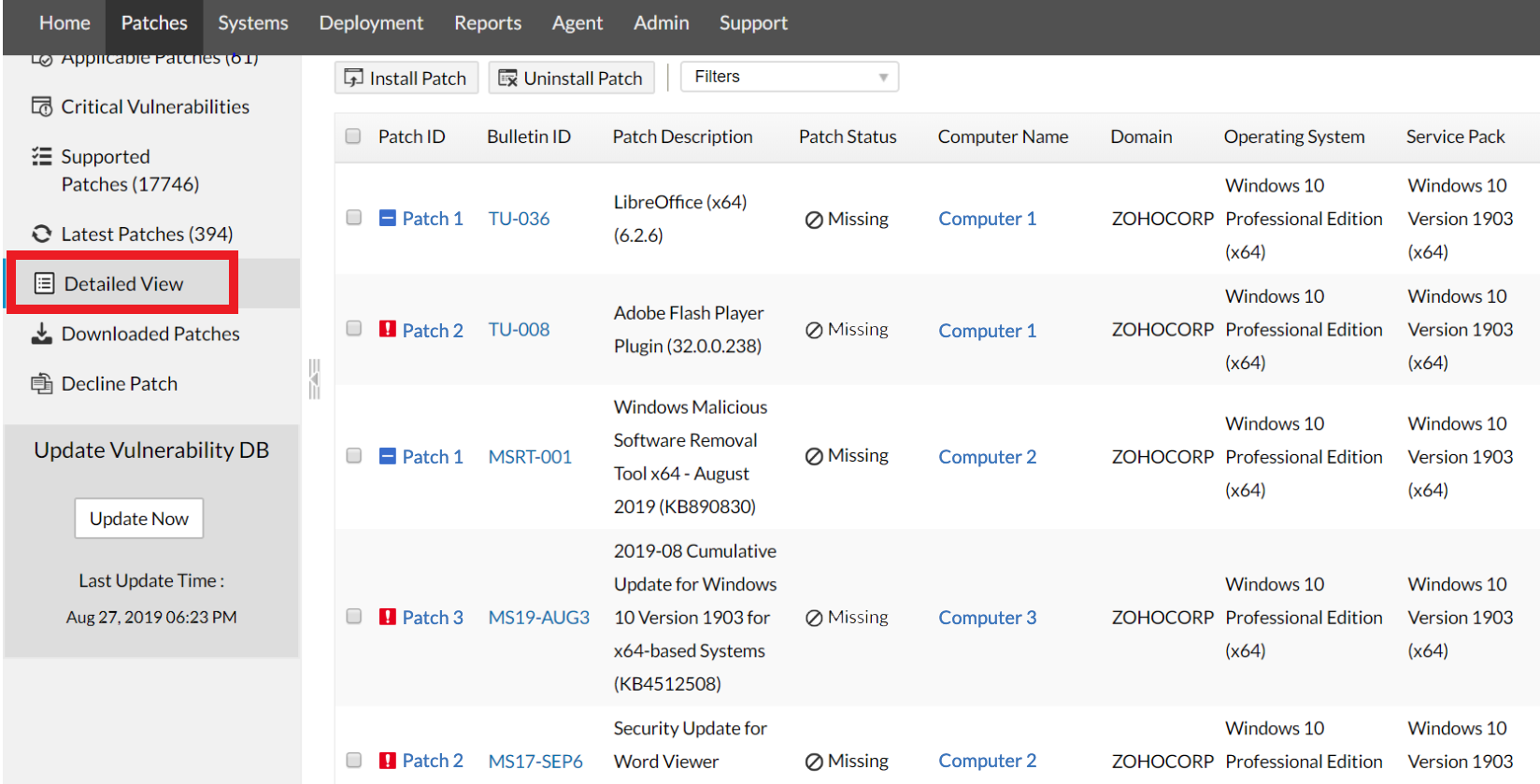 As per the above-mentioned table, the configuration will be deployed across to all the computers to which the patch is applicable. Patch 2 is applicable for computer 1,  but you never intended to deploy it, however, the deployment will happen on it since it is a missing patch.