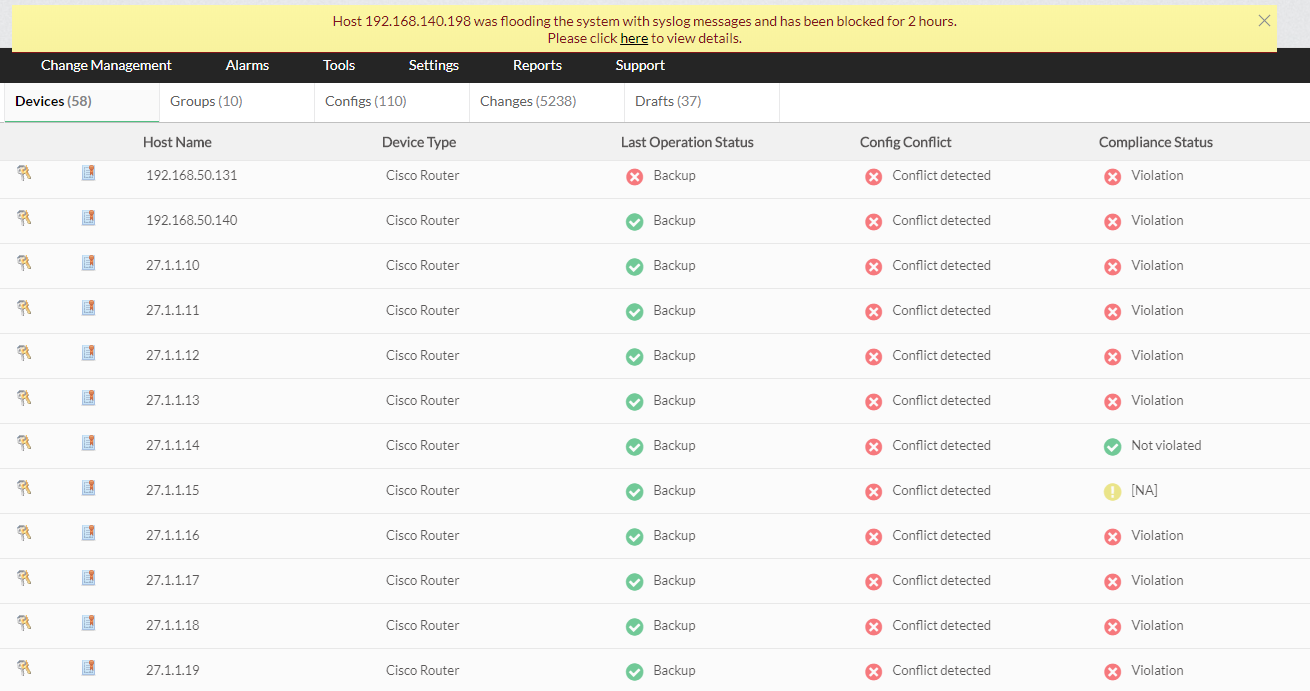 1.Temporarily turn off syslogs for the blocked devices

2.Restrict the number of syslog messages by lowering the Syslog level.