How to audit DNS servers using Windows PowerShell and ADAudit Plus

The DNS server is the mainstay of any network. Any tampering with the DNS server could paralyze the company network as the servers may become unreachable. However, the worst-case scenario would be the network data being compromised. Attacks such as DNS cache poisoning redirects the DNS searches to fraudulent websites which could then fool the user into giving up network information such as password credentials. This can thoroughly compromise the integrity of your network. Therefore, DNS server monitoring counts among one of the top auditing priorities for a network administrator.

Monitoring DNS server in native AD can be done using Windows PowerShell. However, this involves writing multiple scripts to piece the information together. ADAudit Plus, on the other hand has multiple pre-packaged DNS server reports. It will also use the behavioral analytics function to alert the administrator if an unexpected change is detected in connection to the DNS server.

Here is a comparison on auditing the DNS server using Windows PowerShell and ADAudit Plus.

Here is a sample script

Here is a sample output: 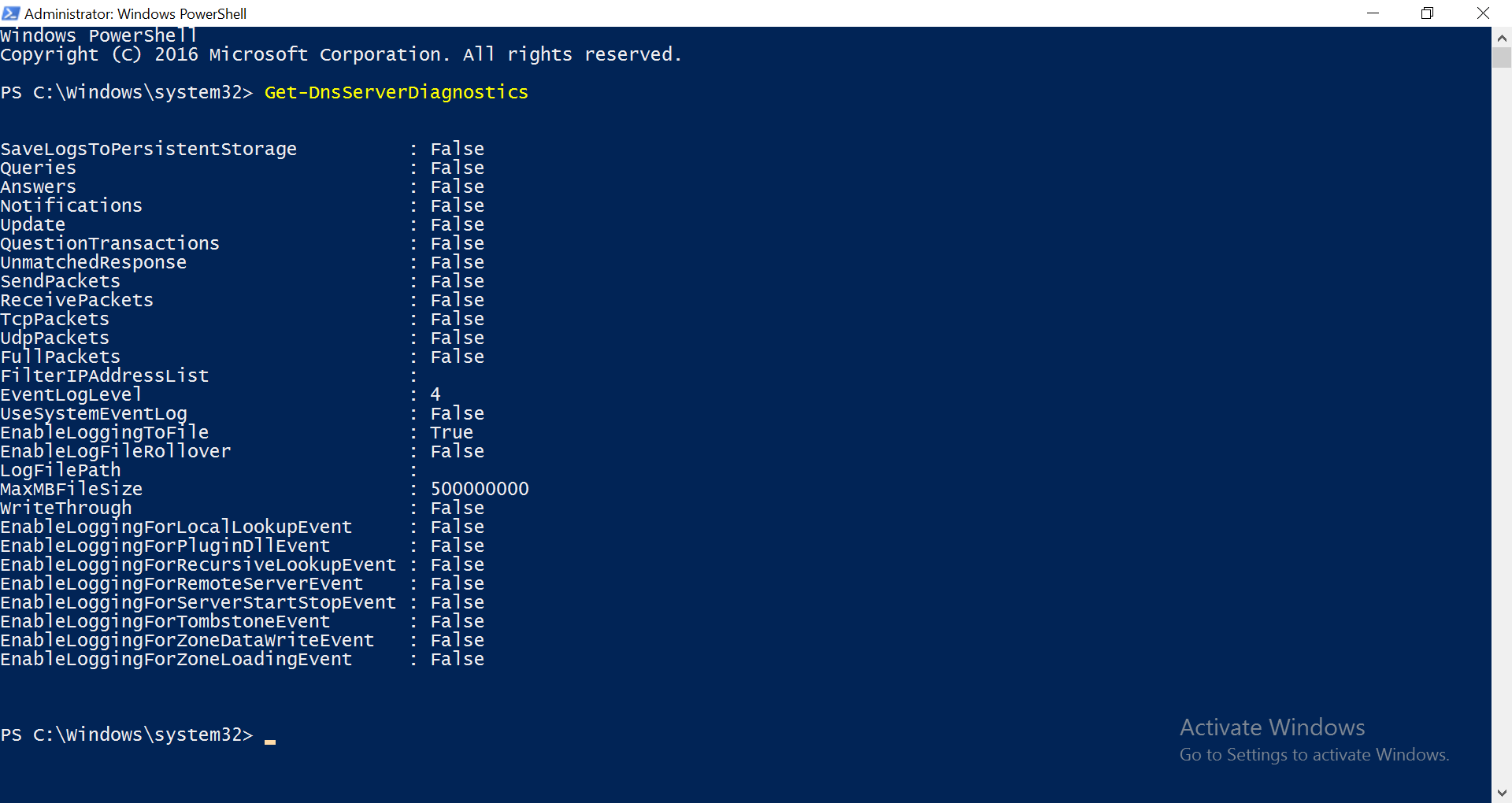 This script will list all the diagnostic and logging parameters and this will help administrators know which parameters are enabled and disabled.They can then use this information to modify the parameters by using another PowerShell cmdlet.

Here is a sample report on permission changes in the DNS server:

This report presents all the permission changes associated with the DNS server that have been made in the time frame chosen. It provides the who, when, where and what of the changes made. This will help administrators trace the source of any unexpected change in permissions, that could be a potential security risk.

The disadvantages of using PowerShell to monitor the DNS server:

ADAudit Plus gives specific reports on the changes made on all the objects in the network including the DNS servers, print servers, file servers and so on. It provides all round security to the network by constantly monitoring and reporting on the network.