For improved security, ADSelfService Plus allows administrators to block users who fail to verify their identity via the configured multi-factor authentication (MFA) techniques. When there are too many unsuccessful attempts to reset a password or unlock their account, administrators can block the user's account for a set amount of time.

How to block users

Example: For instance, say you have set the maximum invalid attempts to be five, defined the time interval as 30 minutes, and specified the period for which the user will remain blocked as 30 minutes. This means that when users fail to verify their identity five times in a 30-minute interval, they will be blocked for 30 minutes. Once a user is blocked, they will not be able to use ADSelfService Plus' reset password and account unlock options. 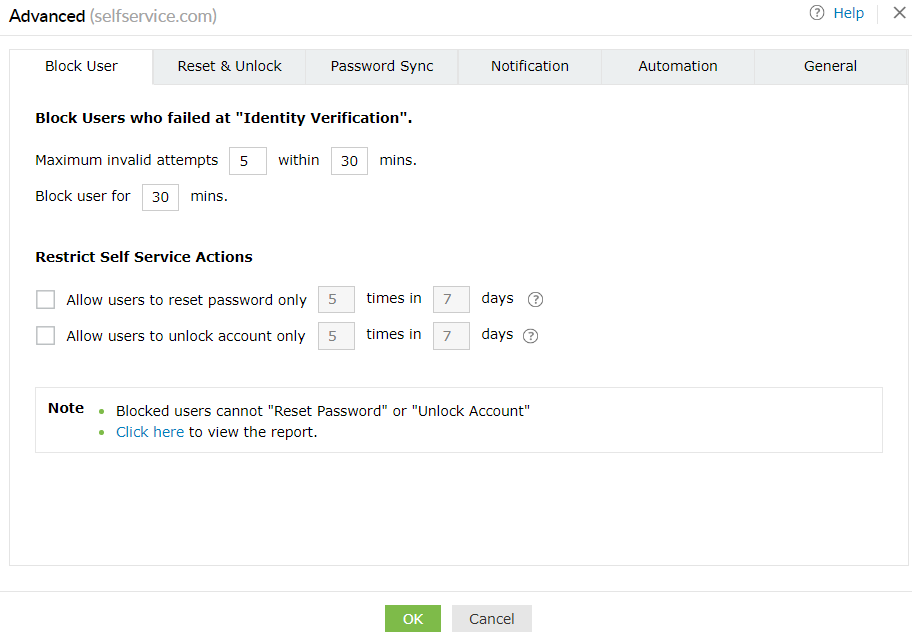 How to unblock users