Firewall rules allow business-essential traffic to move through the network and block unsafe traffic from entering. This control over the internet traffic going to and from the company's network ensures network security. The rule set should be strong and shouldn't contain any loopholes.

Unused rules form a major loophole and are easy for attackers to exploit. An unused rule is as bad as a weak rule. Unused rules are anomalous by nature. Any anomaly in the rule set can make the entire network vulnerable.

The Unused Rules report enumerates the rules that are not being used by the firewall to control traffic. These unused rules make the network vulnerable to attacks. You can analyze these rules for anomalies, learn of the impact they may have on existing rules, and clean the firewall rule base by modifying or deleting the rules. This will weed out unwanted rules in the firewall, resulting in a sleek and efficient rule set.

Firewall Analyzer fetches all the objects from the firewall, correlated with firewall log data, and generates the unused objects report. Unused objects also pose a risk for network security. If an attacker discovers an unused object, they may attempt to exploit the objects for an attack. Objects need to be pruned to fill all the security gaps in your firewall. 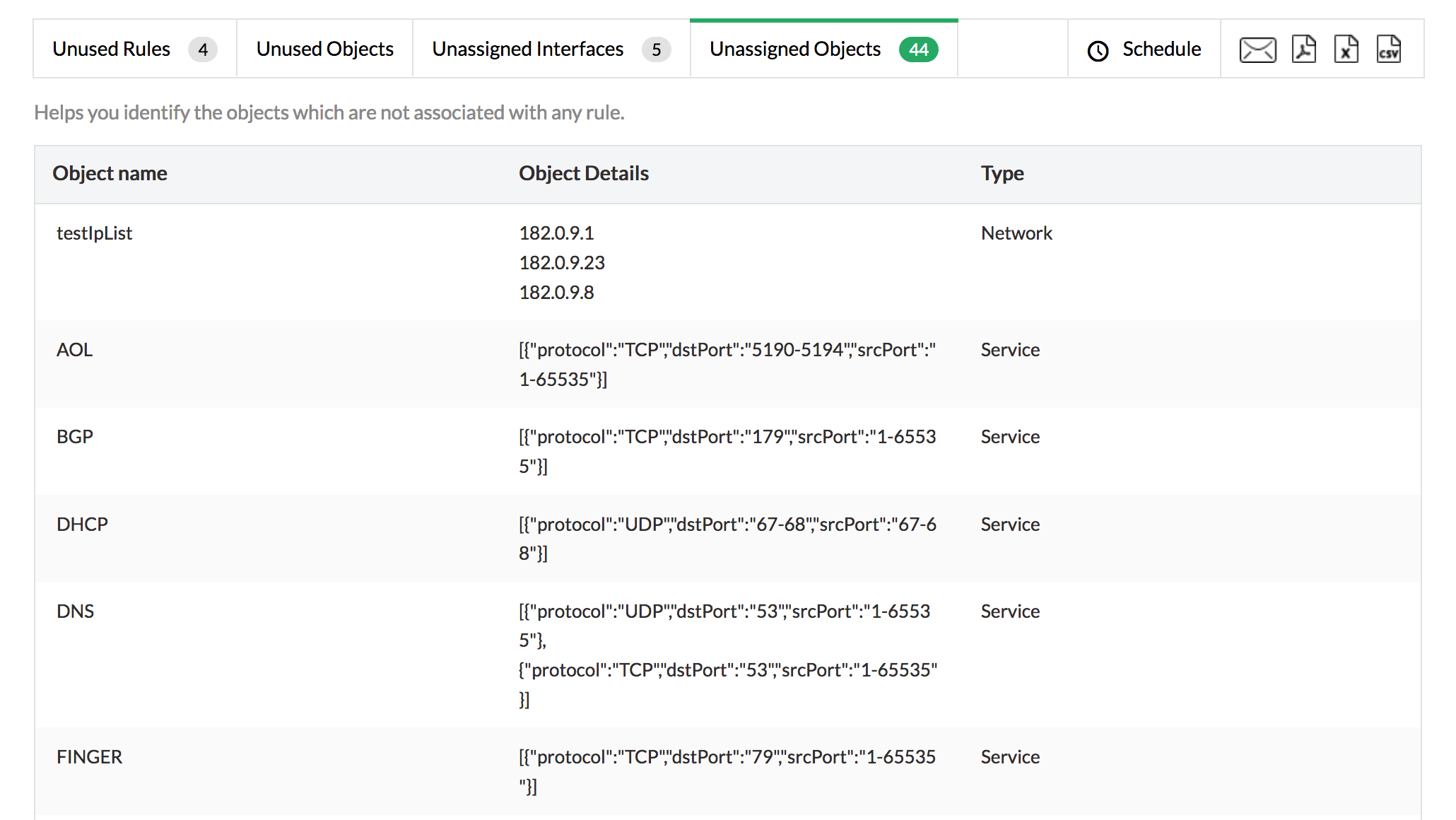 These dangling interfaces, which are not assigned in the network, leave room for manipulation by attackers, so these also need to be addressed. From the report, you can find the unassigned interfaces, and remove or modify them.

Unassigned objects are not tied to any of the firewall rules. These objects make object sets superfluous and inefficient. You can use the Unassigned Objects report to analyze the objects and assign rules to them, or remove them accordingly. 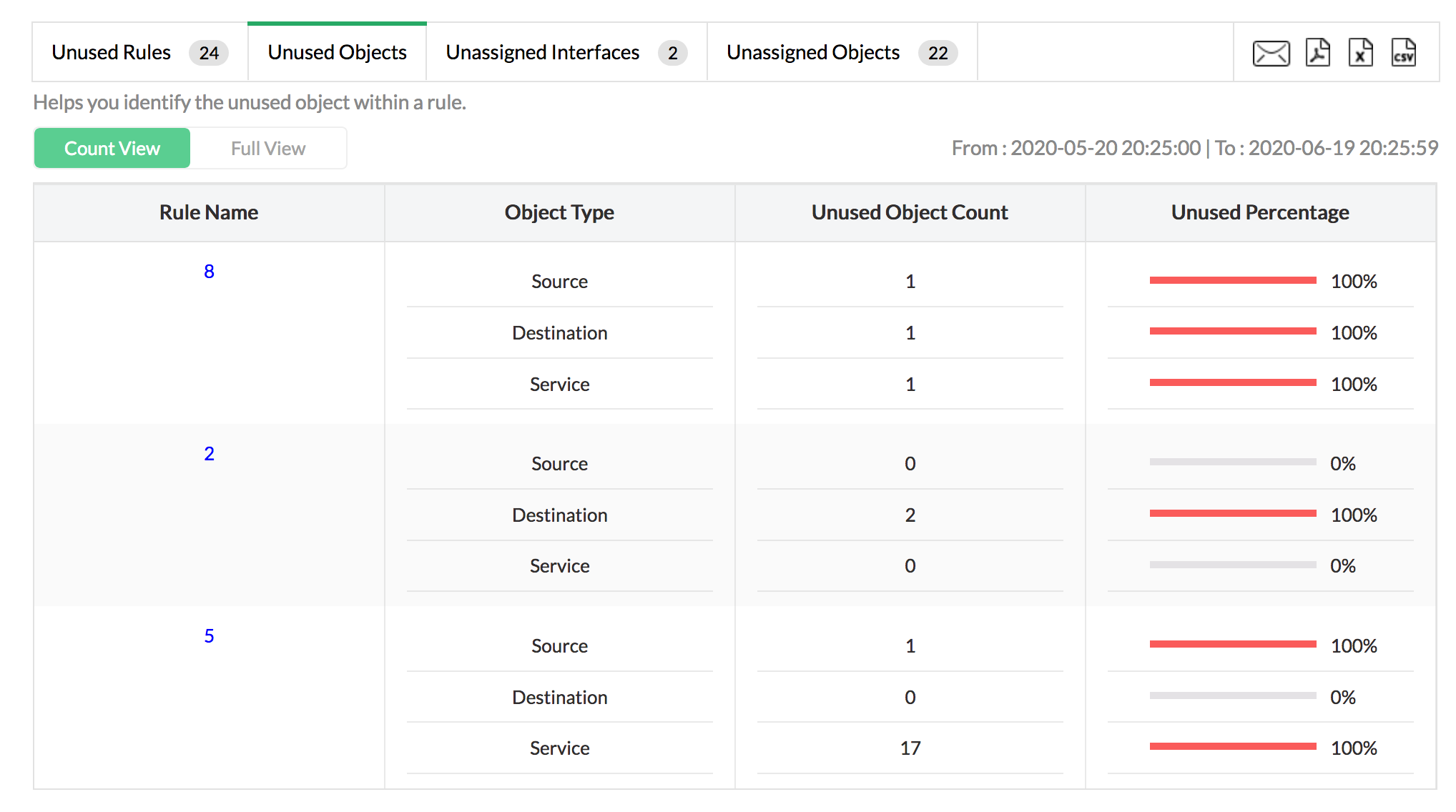 Rule cleanup reports simplify unused firewall rule and object management to help automate the process of cleaning up the firewall rules and enable security administrators to stick to firewall rule best practices. Download a free trial of Firewall Analyzer today, and get the most out of your firewall.