The internet of things (IoT) is going to transform society. The buzz across the technology industry about machine-to-machine connectivity — where virtually every object is interconnected via embedded sensors, software and electronics to collect and exchange data — is in the news daily. Gartner forecasts that 11.4 billion connected things will be in use worldwide by 2018.

Regardless of the pace at which businesses adopt the IoT, connected devices will become the new normal, and IT service desks will need to evolve to support IoT-driven changes. Connected nodes, data points, and automation all will add complexity. Looking forward, IT service management (ITSM) will evolve in numerous ways.

IT service desks typically deal with incidents reactively. This means that incidents are often reported to the IT service desk only after they have occurred. But, smart organizations can use IoT sensors to monitor device performance levels, thereby automatically reporting impending issues before they occur. Furthermore, incidents can proactively be prevented from occurring, mitigating the risk of downtime.

Current hardware asset management processes require a scan of connected devices. For companies that use agentless scanning, devices can only be scanned when scheduled, and the network is loaded with inventory-scanning pings that degrade overall network performance. On the other hand, the large-scale interconnection of devices in an IoT network means that the devices are constantly exchanging pings, which avoids the traffic jams created by scheduled scans. Furthermore, you can identify and report a dead device in real time instead of waiting until the next scheduled scan to find it.

CI relationships through the CMDB

As components (nodes) in the IT infrastructure start communicating with each other, the focus will shift to their relationships. This visibility helps map the flow of information in the network, which is essential to understand how a problem with one node affects the entire network.

With the IoT, ITAM practices will become more focused on the relationships between configuration items (CIs) to achieve this high level of visibility, meaning that the configuration management database (CMDB) will become an integral part of ITSM.

The current level of data analysis in the problem management process is limited by the relatively low device counts and data volumes on today’s networks. However, for IoT networks, the volume of data will increase with the growing number of connected devices and technological advancements. This data can be used for a wider analysis of issues across IT, ultimately leading to continuous improvement and a decrease in associated major incidents.

Implementing a change can be a challenge for IT organizations due to the increasingly interconnected nature of IT. With the IoT, implementing a change is a bigger challenge because there are more CIs connected to the network, and they are all more interdependent. For example, let’s say a department in an office has 10 nodes sharing and routing data with and through each other via near field communication (NFC). With IoT, if one of these nodes is changed, the routing table (which is common to all nodes) has to be modified, affecting the entire network. In contrast, when each node is connected to a conventional network, changing a node affects only that particular node and not the entire network. When implementing a change in an IoT network, it’s best to go for incremental steps to minimize the number of CIs that need to be changed and managed.

Centralized purchases and convergence of SAM and HAM

Assets are typically purchased through the procurement department, where they can easily be classified as IT and non-IT. However, this clear differentiation will blur in an IoT network, and all assets will have to be added to the CMDB for clarity. Therefore, the IT department will have to work with the procurement department to sort out assets. Another major consequence of the IoT is the convergence of software asset management (SAM) and hardware asset management (HAM) to support the transition of static, non-IT assets to IoT-enabled smart assets.

Beyond incident management and into business intelligence

The IoT-enabled organizations of tomorrow will be able to use the huge amount of data generated by network-connected CIs to help cut costs and increase profits. For example, if the IT service desk is planning to initiate a change, the data collected by the IoT sensors can help analyze past data to figure out the most cost-efficient and non-intrusive downtime window to implement the change. The analysis and insight gained from IoT-enabled IT go a long way to ensure business availability.

The IoT movement’s focus, while currently on consumer-oriented technology, will expand to include future implications on enterprises, particularly ITSM. Much like Wi-Fi and BYOD, service desks will be greatly impacted. There’s no doubt that IoT will revolutionize the world of automation and big data. The ITSM world will change in response to the IoT, but the IT professionals who adapt quickly and respond to new challenges will help their businesses reap the benefits.

This article was originally published in Medium 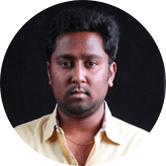 With over five years of experience in ITSM, Ashwin Ram has authored several articles, best practice blogs, and white papers across various topics, including KPIs and metrics, and AI in ITSM. Given his newfound passion for fitness, Ashwin is trying hard to stay away from carbs, desserts, or really just anything delicious. An impulse shopper, his recent purchase, an Apple Watch, is making the Seikos, Casios, and Tissots in his collection obsolete.