Event ID 4624 (viewed in Windows Event Viewer) documents every successful attempt at logging on to a local computer. This event is generated on the computer that was accessed, in other words, where the logon session was created. A related event, Event ID 4625 documents failed logon attempts.

Event ID 4624 looks a little different across Windows Server 2008, 2012, and 2016. Highlighted in the screenshots below are the important fields across each of these versions. 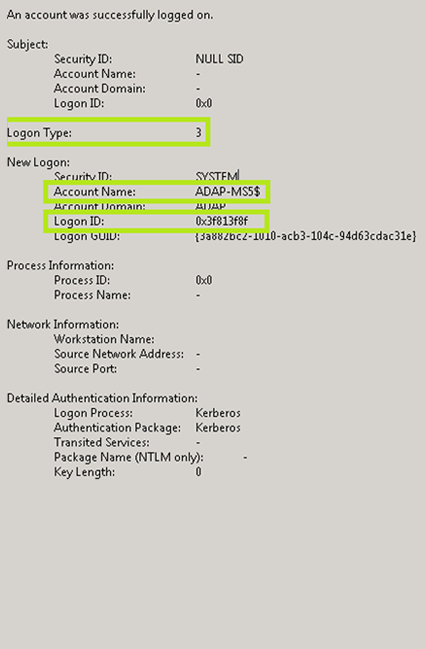 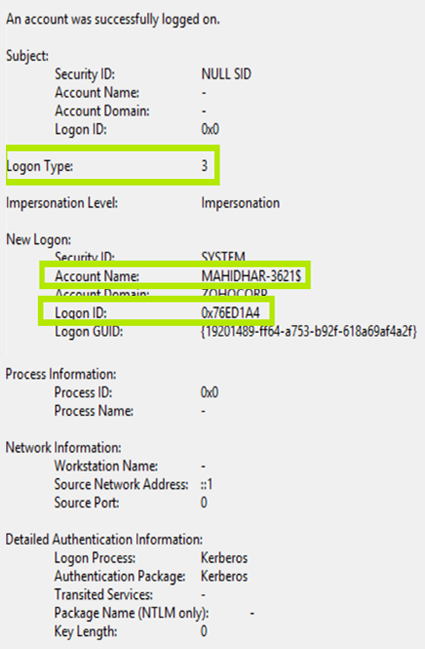 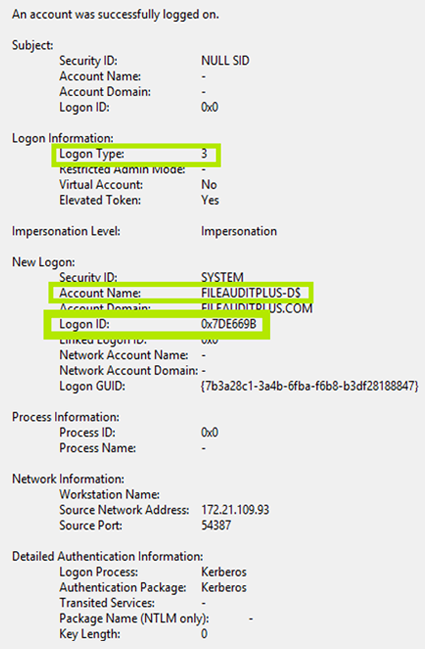 The important information that can be derived from Event 4624 includes:

Other information that can be obtained from Event 4624:

To prevent privilege abuse, organizations need to be vigilant about what actions privileged users are performing, starting with logons.

To detect abnormal and potentially malicious activity, like a logon from an inactive or restricted account, users logging on outside of normal working hours, concurrent logons to many resources, etc.

To get information on user activity like user attendance, peak logon times, etc.

In a typical IT environment, the number of events with ID 4624 (successful logons) can run into the thousands per day. However, all these successful logon events are not important; even the important events are useless in isolation, without any connection established with other events.

Thus, event analysis and correlation needs to be done. Native tools and PowerShell scripts demand expertise and time when employed to this end, and so a third-party tool is truly indispensable.

The 8 most critical Windows security events you must monitor.