Network latency, also called lag, is defined as the amount of time it takes for a packet of data to be encapsulated, transmitted, processed through multiple network devices until it is received at its destination, and decoded by the receiving computer. Latency in networks is measured in milliseconds (ms). The closer your latency is to zero, the better.

The most common signs of high latency include:

Troubleshooting issues across a large network becomes complex when you try to pinpoint an issue manually. This is where comprehensive network monitoring and troubleshooting comes into its own. Network monitoring and troubleshooting can help you quickly identify the root causes of latency. Accurately diagnosing issues enables you to implement solutions to reduce lag and improve bandwidth speeds. Testing network latency can be accomplished using Ping, Traceroute, or the My TraceRoute tool.

You can use OpManager's wide area network (WAN) monitoring feature as a network latency performance monitor.

OpManager provides Packet Loss Monitoring and helps the IT admin to resolve poor WAN performance. The WAN RTT monitor in OpManager mitigates network latency by diagnosing the network paths with a high RTT, and identifies outages between two network stations by performing a Traceroute action to obtain the required information on packet loss. OpManager provides a hop-wise view of the latency graph in a single window. This network latency monitoring solution helps you drill down and precisely locate the hop at which the outage occurred.

Use the WAN monitoring feature in OpManager to configure threshold values for RTT. You can also use reports to obtain information about threshold violations with graphical representations. This helps you to make informed decisions and avoid network latency.

Latency in voice over Internet Protocol (VoIP) networks is primarily caused due to configuration and bandwidth-related issues. Any irregularities caused on the VoIP-based network will lead to packet loss, which eventually disrupts the quality of communication. 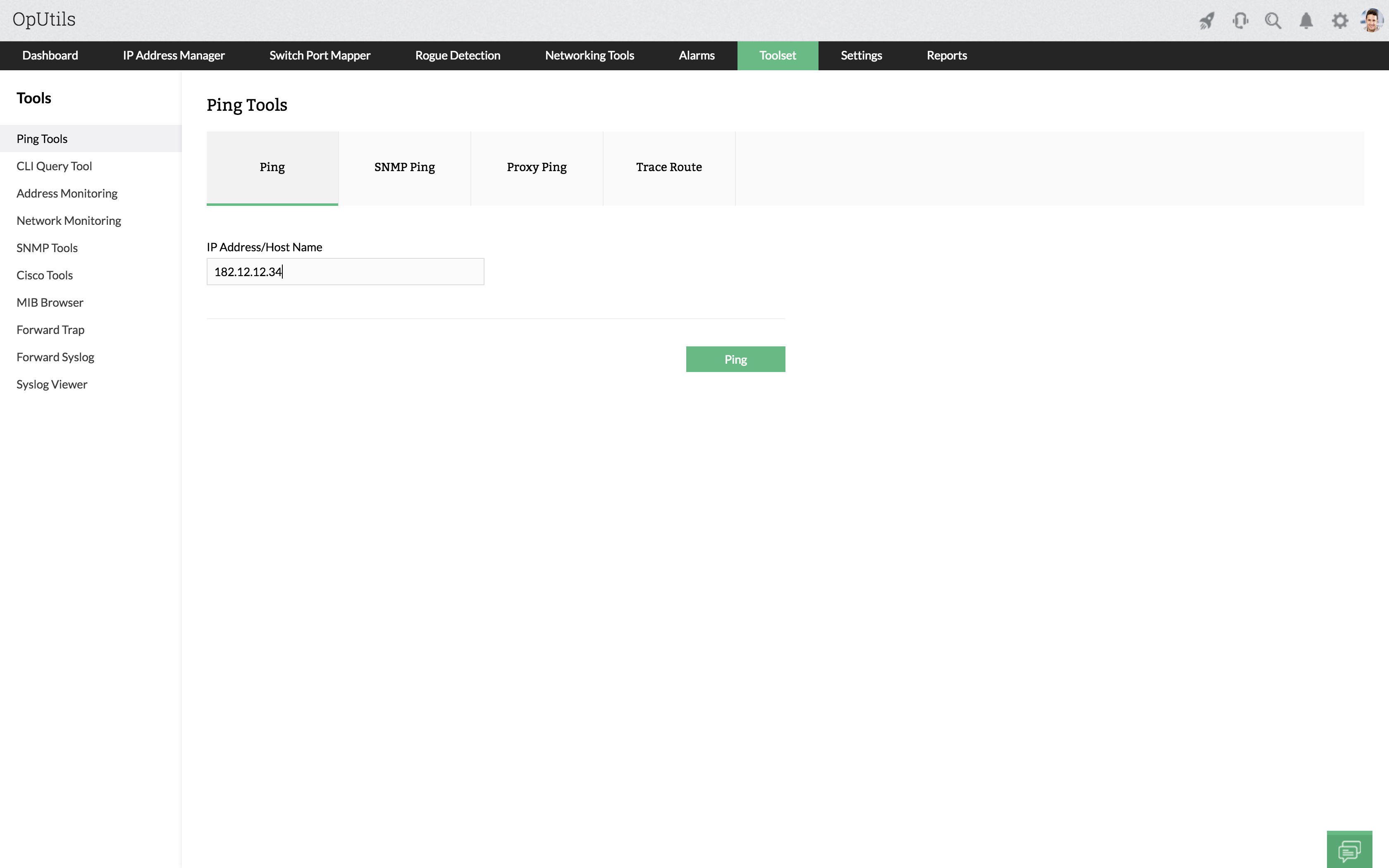 Traceroute - The SNMP Traceroute tool records the route followed in the network between the sender computer and a specific destination computer. With the Traceroute diagnostic tool, the user can configure the settings, such as number of hops and timeout. 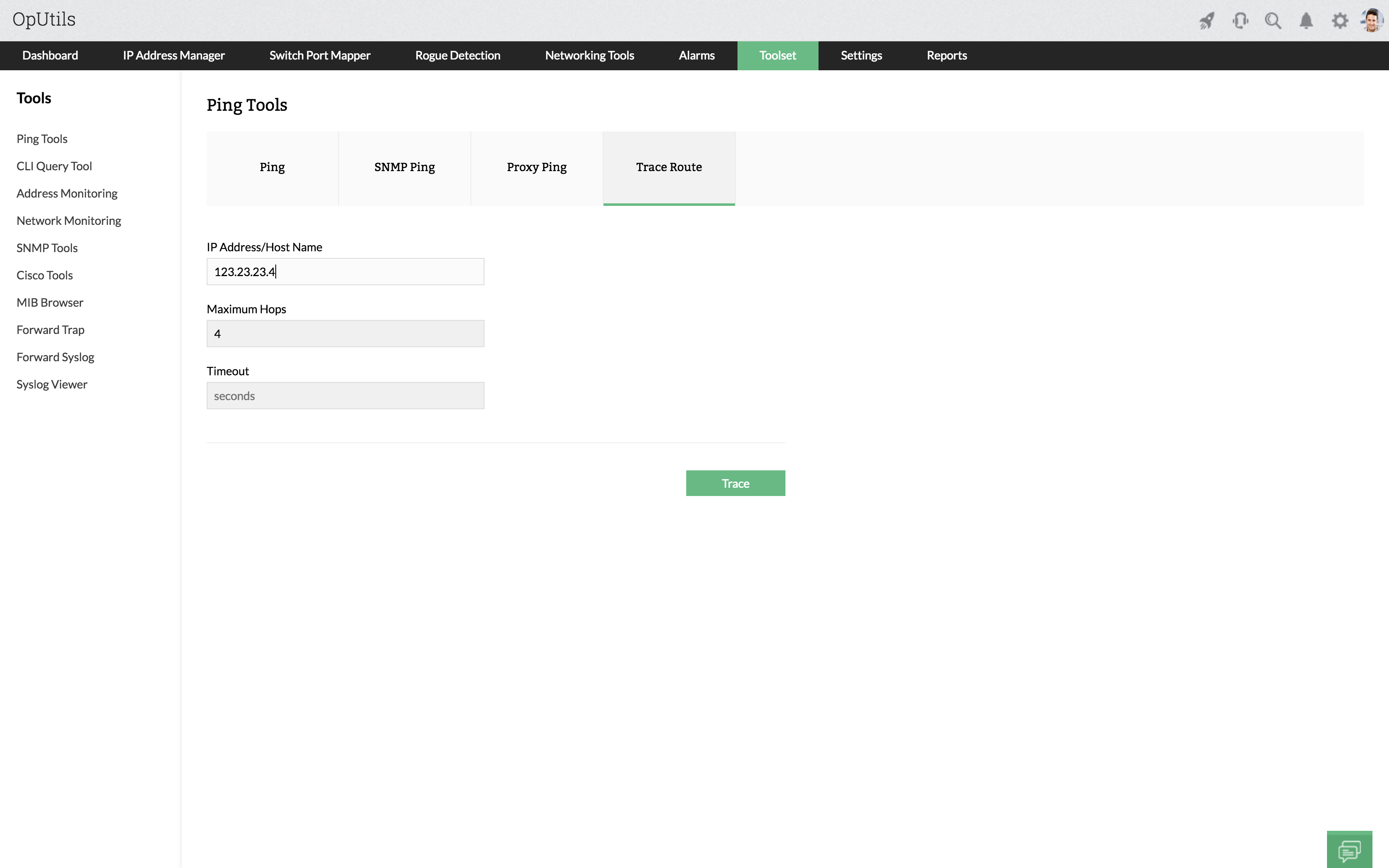 What is Network Latency?

There are four main causes that can affect network latency. These include:

How to Measure Network Latency?

Latency can either be measured as the round-trip time (RTT), or the time to first byte (TTFB):

How to Reduce Network Latency?

A simple way to improve network latency is to check that others on your network aren’t unnecessarily using up the bandwidth, or increasing lag with excessive downloads or streaming. Next, check application performance to determine whether applications are acting unexpectedly, and potentially placing pressure on the network.

Subnetting is another way to help reduce latency across your network, by grouping together endpoints that communicate most frequently with each other.

Additionally, you could use traffic shaping and bandwidth allocation to improve latency for the business-critical parts of your network.

Finally, you can use a load balancer to help offload traffic to parts of the network with the capacity to handle some additional activity.