NIST defines vulnerability as a weakness in an information system, system security procedures, internal controls, or implementation of technology that could be exploited or triggered by a threat source. Cybercriminals are always on the hunt to find new vulnerabilities which they can pounce on to further their malicious intentions. Most of the time, these new security flaws in programs are unknown to the developers, so there is no patch available to fix them, and it makes the work of attackers easier.

In the ever-evolving threat landscape, it has become imperative for organizations to revisit their defense strategies and continually prepare for threats, such as a zero-day attack. In a zero-day attack, cybercriminals exploit a vulnerability in software which is unknown to its developers.

What is a zero-day vulnerability, attack, and exploit?

Zero-day vulnerability: This is a vulnerability or a weakness which is unknown to the developers or the vendors, and is first discovered by adversaries. The bad actors might then carry out cyberattacks by leveraging it.

Zero-day attack: This is an attack carried out by exploiting the zero-day vulnerability discovered by the threat actors.

Zero-day exploit: This is a technique used by attackers to gain access into a system or take advantage of a zero-day vulnerability.

Generally, zero-day attacks are target-specific, and the victims can be exploited to gain confidential information. Some of their common targets are government institutions, large scale organizations, financial institutions, and individual users having access to classified information. 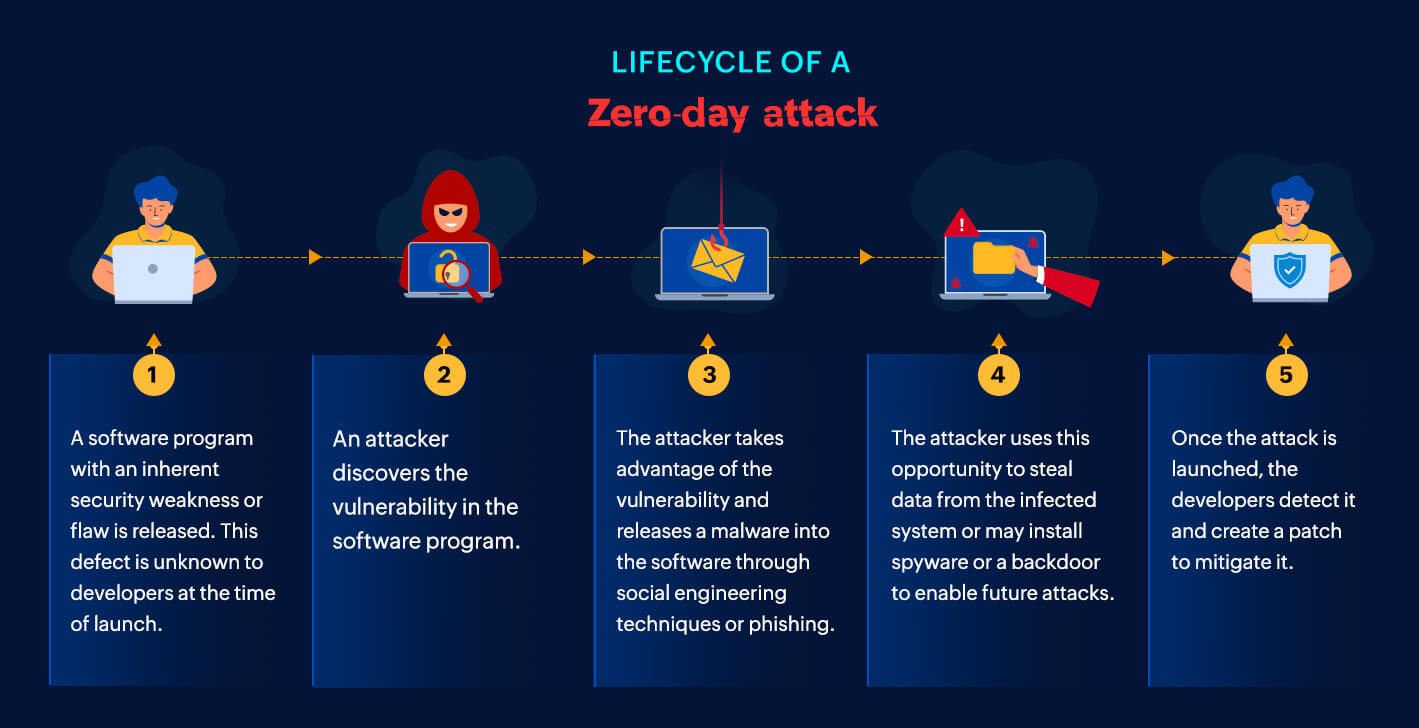 Examples of a zero-day attack

The following are two examples of zero-day attacks which received news coverage because of the high impact the hack had on the victim organizations:

It is not possible for organizations to completely protect themselves against zero-day threats. However, they can follow certain best practices and strategize their defensive game plan to defend and mitigate such attacks as much as possible.

Here are some of the measures which organizations can follow to mitigate zero-day threats:

Zero-day threats are hard to detect as they are generally known to the public only upon their execution. However, organizations and users should continue to take the best preventive measures possible to mitigate and to contain zero-day attack damage.