What is Windows Remote Desktop Connection?

Windows has always been the Operating system for business for its affordability, ease of setup, maintenance and support. Operating systems have to be deployed, maintained, monitored, and patched. Microsoft Windows has all the infrastructures to do the trick across computers, irrespective of their range be them - 50, 500 or 50,000.

When it comes to supporting computers in an enterprise, technicians might have to resolve issues of endusers irrespective of their geographic locations to ensure productivity. This is where Windows remote desktop connection comes handy. Microsoft Windows comes with the remote desktop services that can be used to remotely access and retrieve information from one computer to another computer across the globe.

What remote desktop connection does Remote Access Plus offer?

Remote Access Plus comes with a next-gen remote desktop sharing and a set of over 12 diagnostic tools that can be used to access and troubleshoot Windows, Mac, and Linux computers from a single screen.

Remote Access Plus - remote desktop connection lets you connect to any computer across the globe and also is built with quick-launch tools, ability to switch between multiple monitors, record remote sessions for auditing purposes, disable end-user inputs to refrain them from interrupting the troubleshooting routines, automatic log-off settings for security, and more 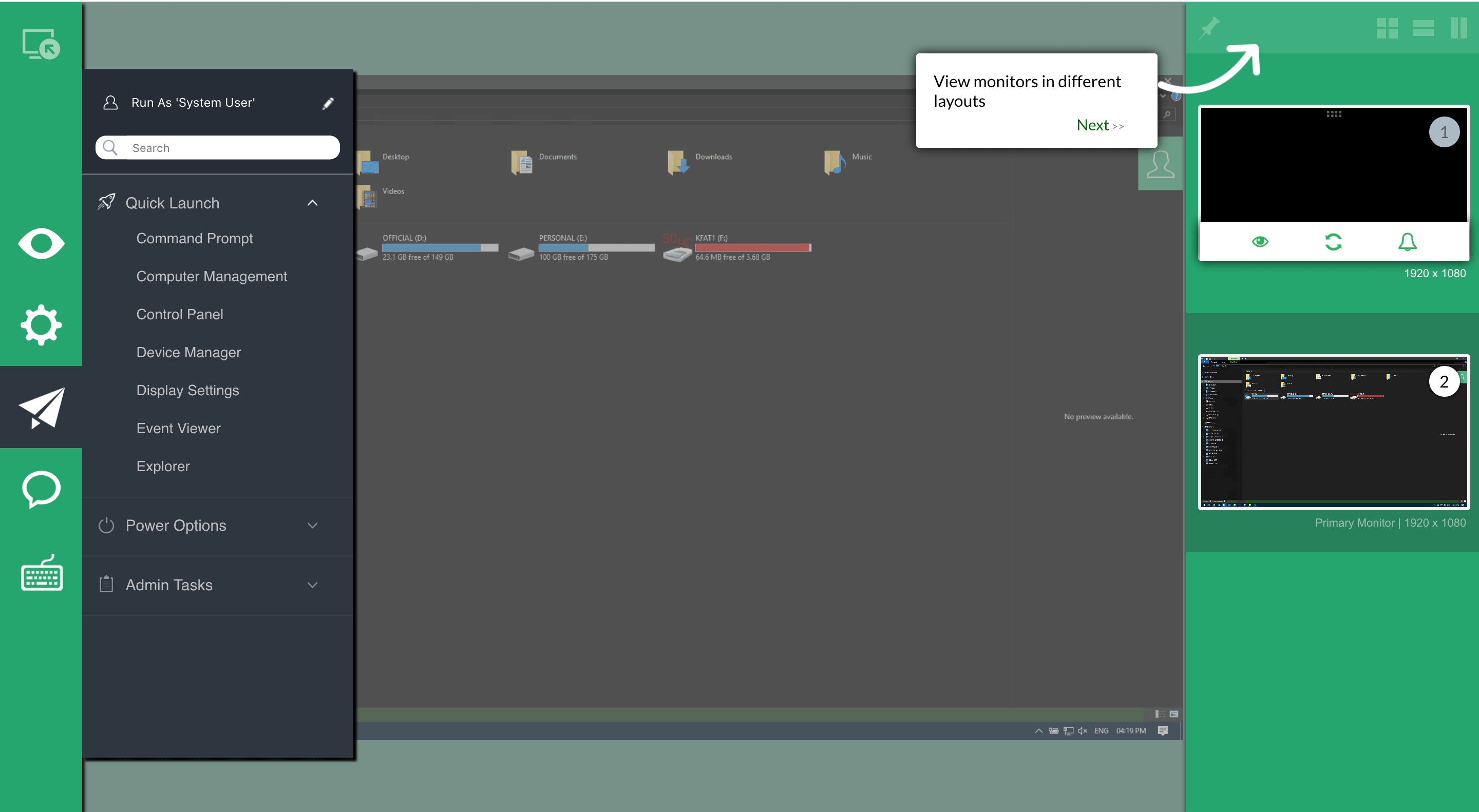 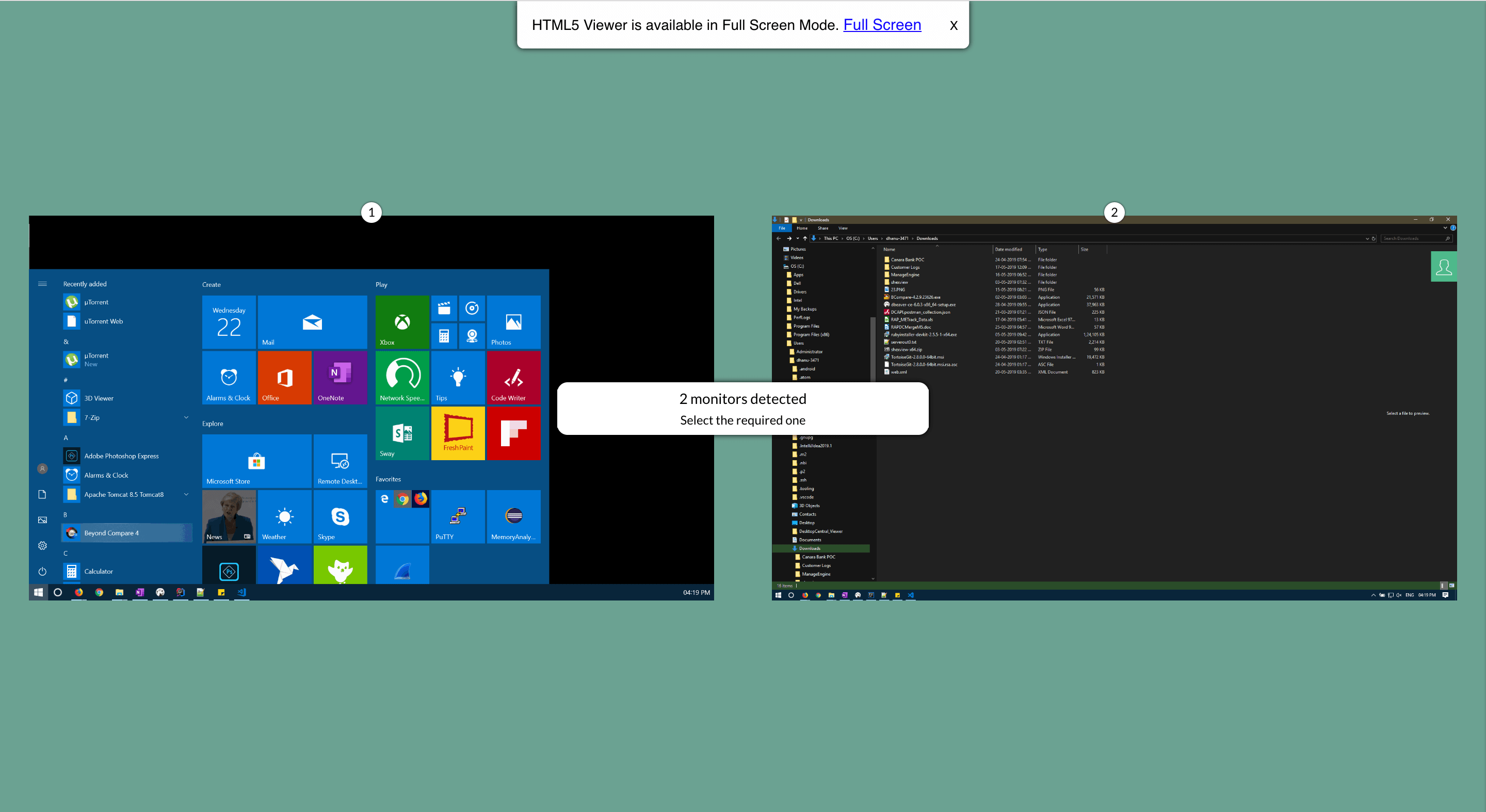 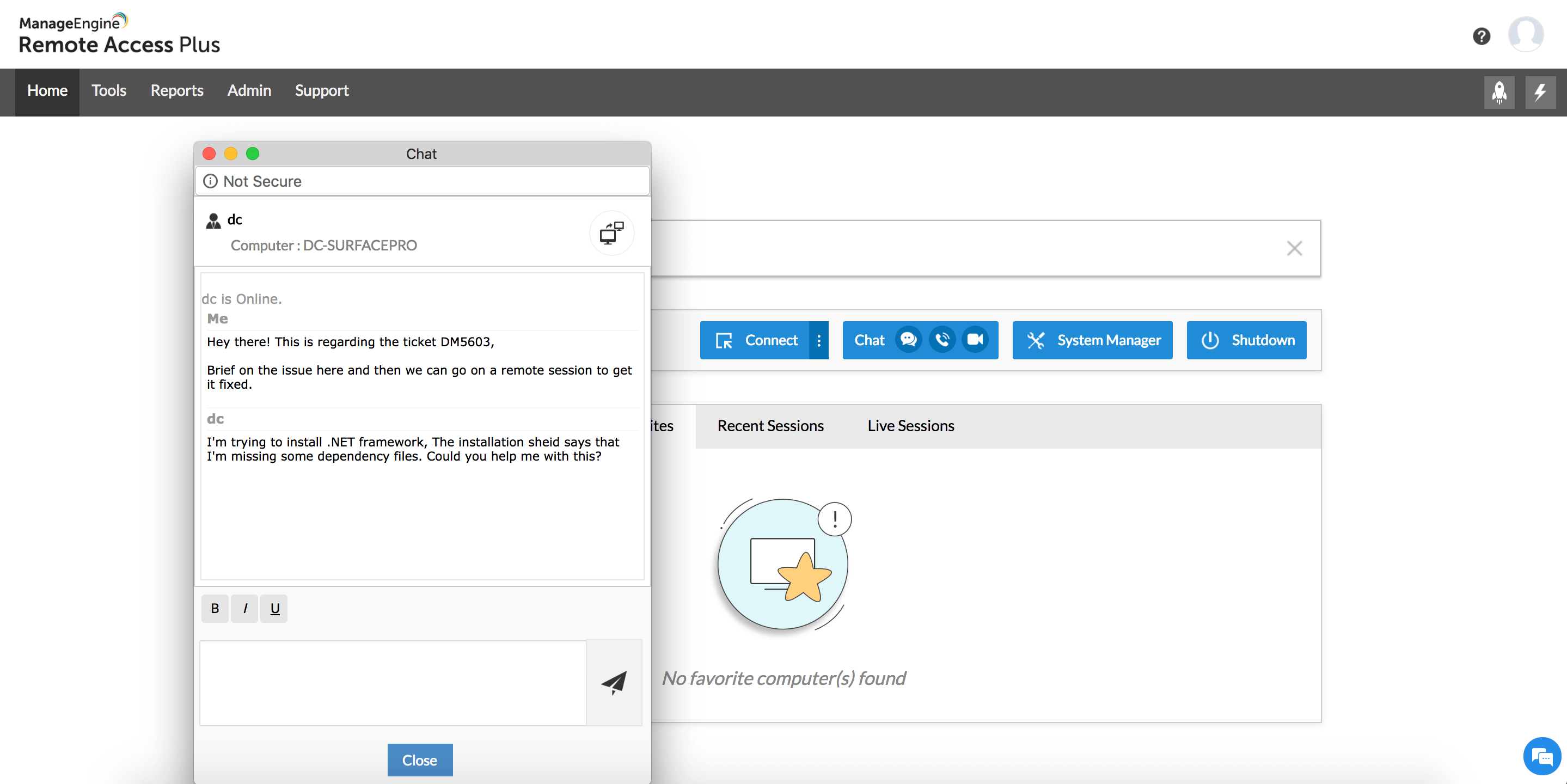 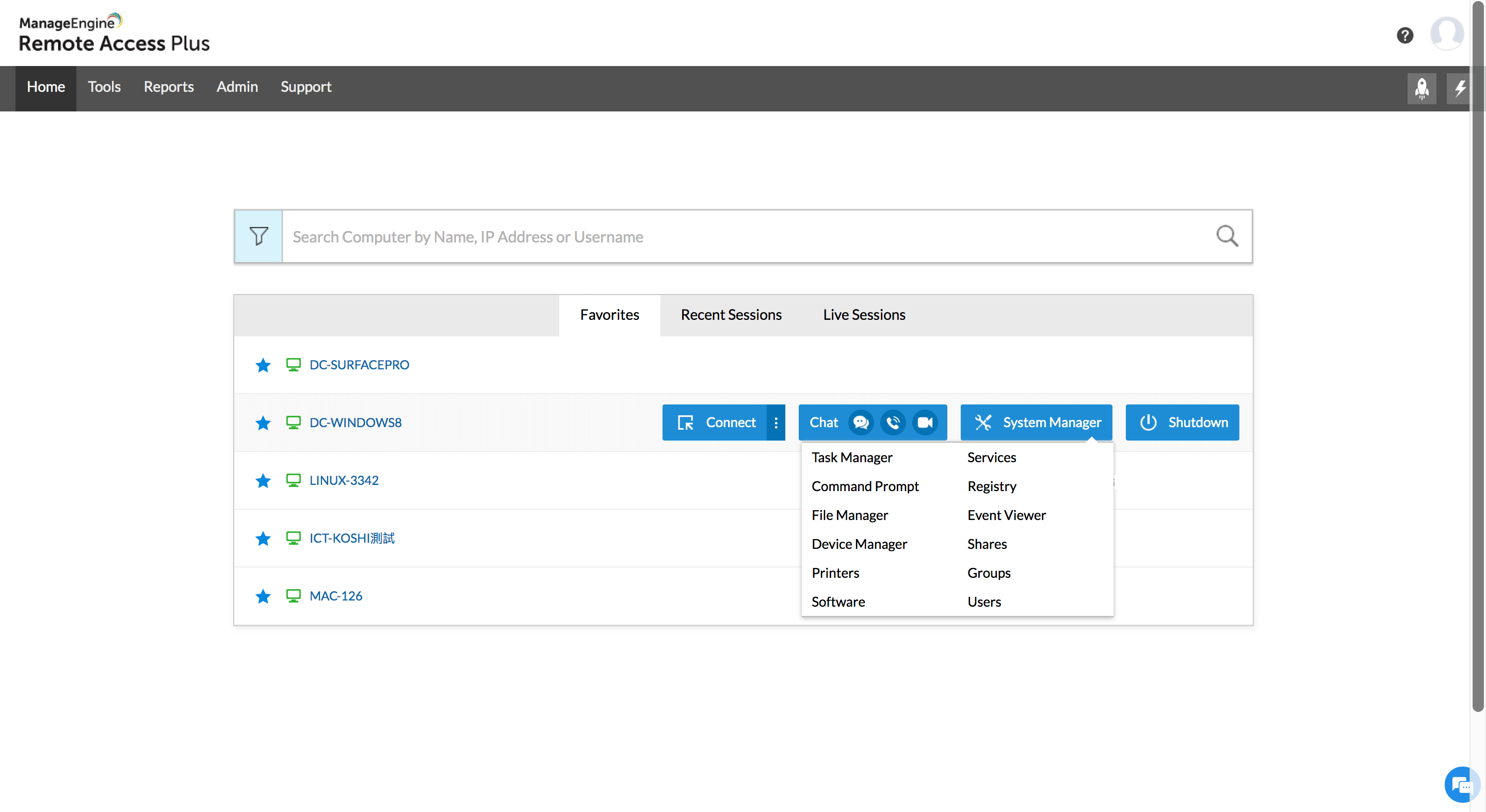 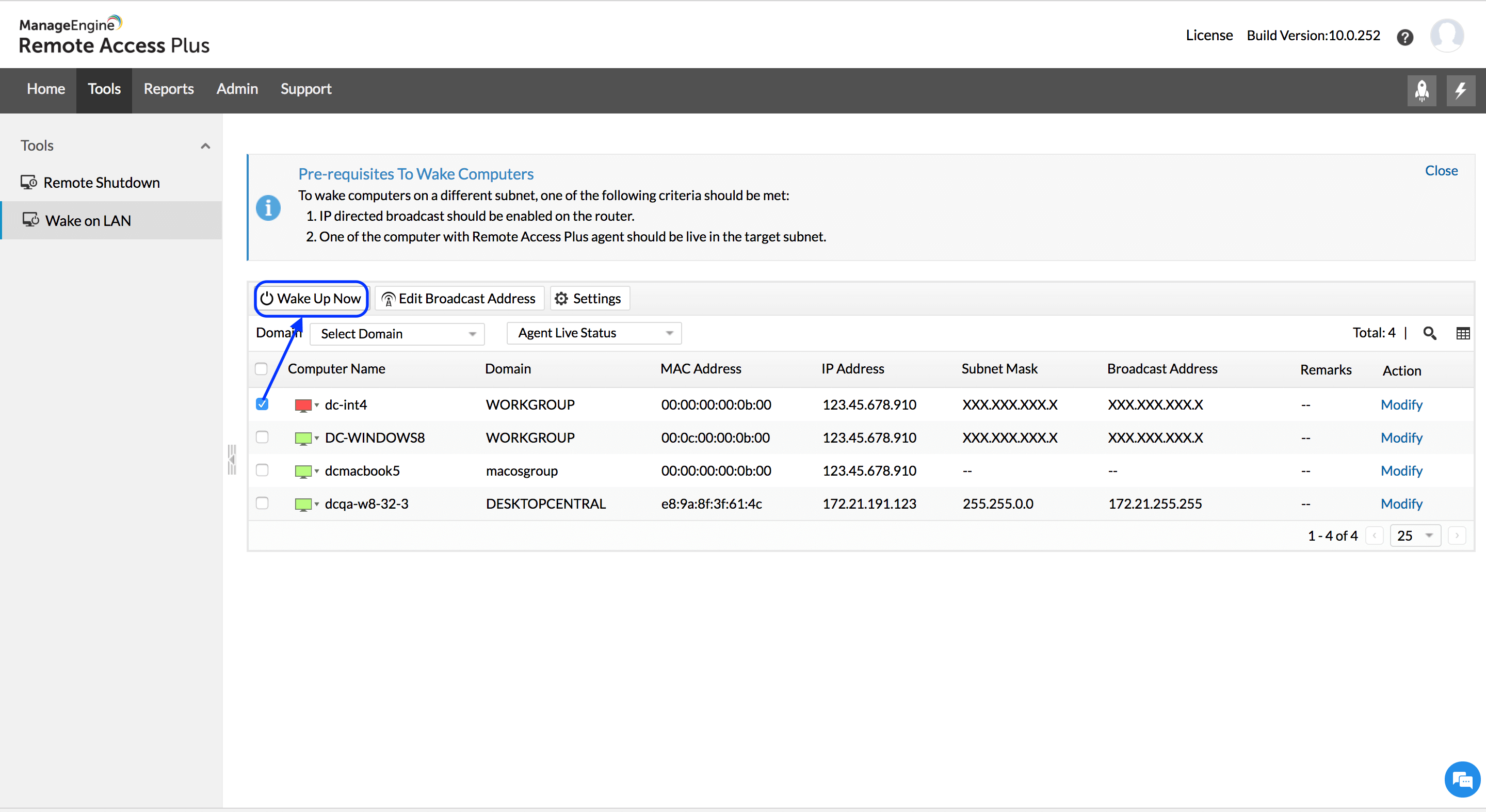 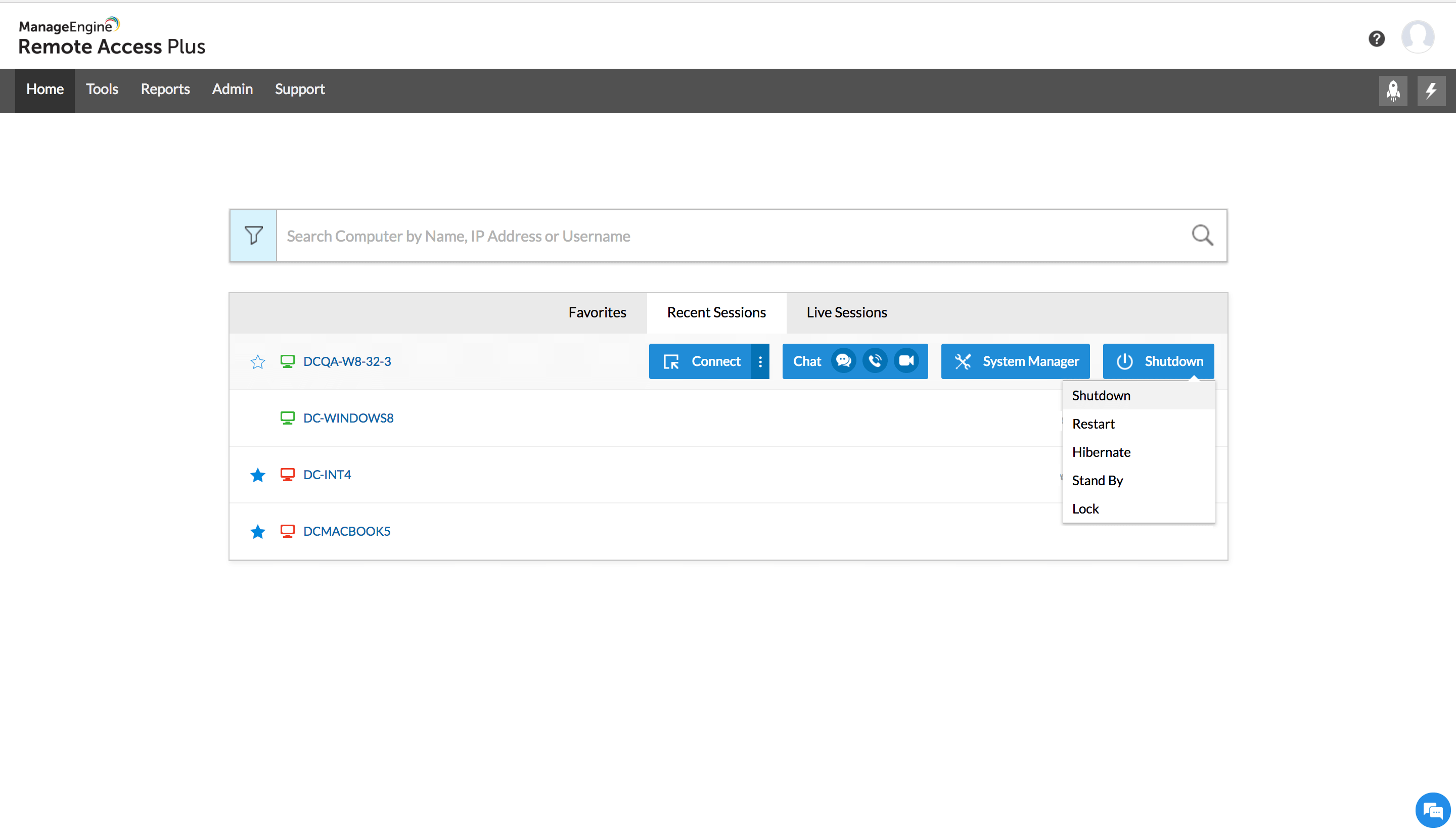 With Remote Access Plus, you can instantly wake computers that belong to same and different subnets. You can even have a wake on LAN scheduled as a task to automatically wake your computers while troubleshooting and productive hours.

Remote Access Plus lets you get the list of computers that are live with no active users and turn them down. You can turn-off computers in-bulk and also have a task scheduled to turn down inactive computers after productive hours.

The one trick to troubleshoot computers right away is to get to the root of the issue. Remote Access Plus comes with voice, video and text chat support to let you communicate with the end-user and understand the complete background information on the problem.