The screen savers were originally designed to save the CRT monitors from getting damaged by automatically changing the images on the screen during periods of user inactivity. With the advent of LCD monitors and technology improvements in modern CRT monitors, screen savers are no longer required to protect monitors from phosphor burn-in. A graphically more intensive screen saver will require more power than the normal screen.

For computers that support advanced power settings, applying power schemes by turning off the monitor on inactivity alone would suffice. You do not have to specifically turn off the screen savers. For computers that do not have an option to turn off the monitor, you can use the Registry Configuration in Endpoint Central to turn off the screen savers. Similar to applying power schemes, you first need to define the registry configuration, select the target computers/users and then deploy the configuration. 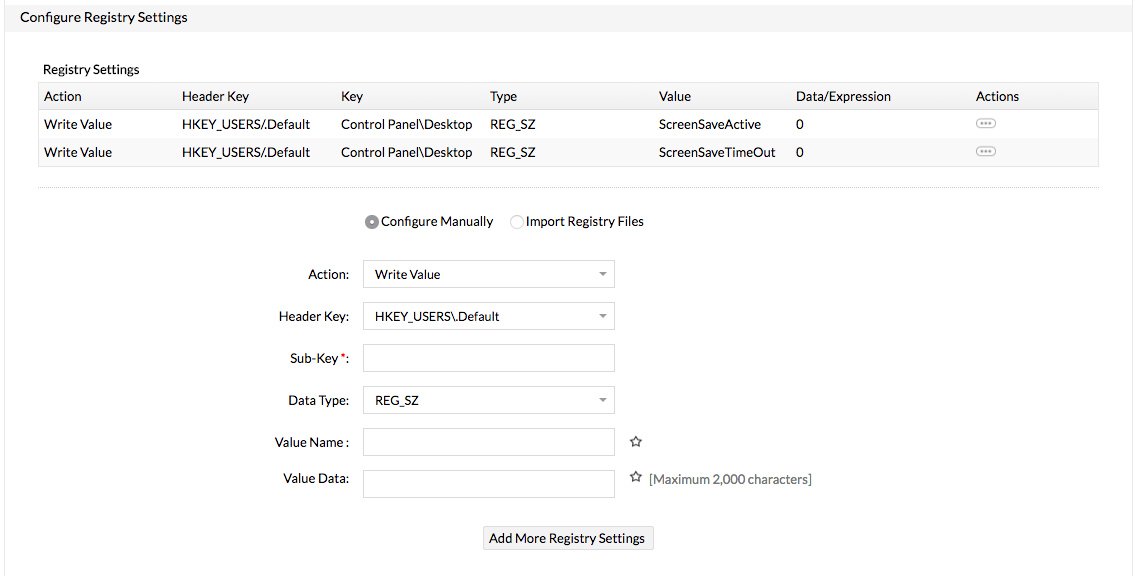