Preboot Execution Environment(PXE) is a client-server interface that allows computers in a network to be booted from the server before deploying the obtained PC image in local and remote offices, for PXE enabled clients. PXE network boot is performed using client-server protocols like DHCP(Dynamic Host Configuration Protocol) and TFTP(Trivial File Transfer Protocol). PXE will be enabled by default on all computers.

How does PXE boot work?

Before a PXE network boot, the DHCP server/scope Options 66 and 67 should be configured. Refer to this document to learn how to configure different DHCP servers easily. After the client computer is assigned with an IP address, the PXE boot process starts. 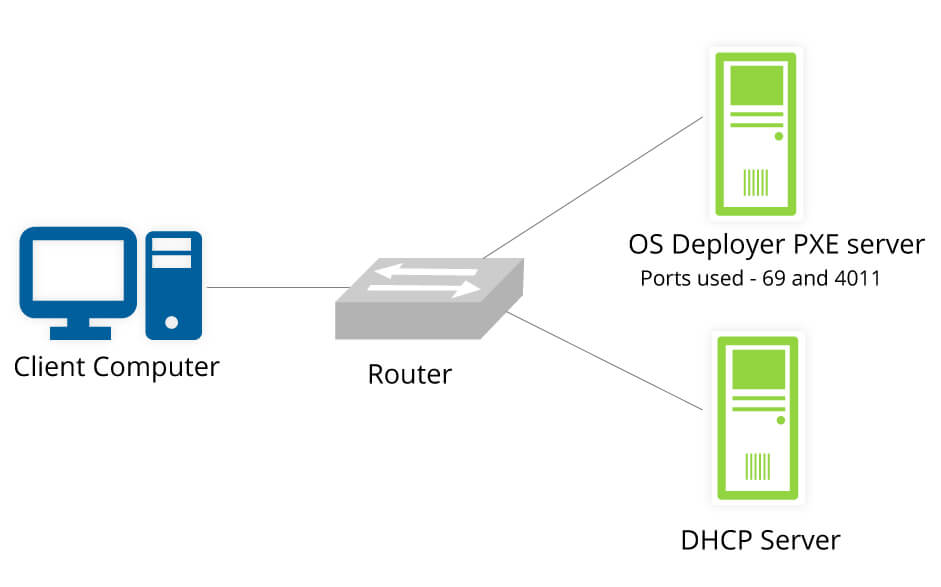