BriansClub, one of the biggest black market sites, was hacked in order to retrieve the data of more than 26 million payment cards that were stolen. The card details were previously stolen from online sites and brick-and-mortar stores of retailers as far back as 2015.

KrebsOnSecurity reported last month that a source shared a plain text file containing what claimed to be the full database of cards for sale, including all cards currently and previously on the site. The data hacked out of BriansClub has been shared with the financial institutions that identify, monitor, or reissue compromised cards that show up for sale on criminal forums. BriansClub mostly resells cards stolen by other threat actors known as resellers or affiliates; both BriansClub and its resellers earn a certain percentage from each sale. 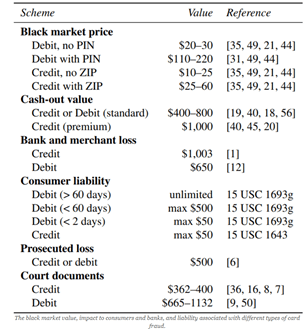 The reports say that data hacked from BriansClub is strings of zeroes and ones that can be encoded onto anything with a magnetic strip the size of a credit card, which can then be used to make purchases.