Back to Data leak

Data breach at the US Army's Cyber Protection Brigade — here's all you need to know. 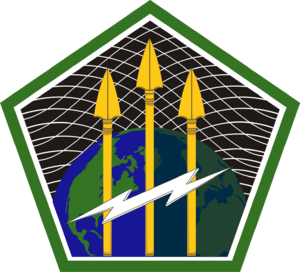 An image recently leaked online—on 4chan's Business and Finance forum—seems to suggest that the US Army worked with the NSA to unmask users who access anonymous networks via Tor, Invisible Internet Project (I2P), or VPNs. The memo, from the US Army's Cyber Protection Team (CPT), also shows that they're finding it difficult to identify users of several digital currencies, including Monero (XMR) and Karbo (KRB). Data leaks are on the rise, and this leak is just another example that whether it be photos,electronic documents, emails, or memos, we need to implement security measures to prevent these leaks from continuing. Organizations should take notice that the damage of a leak or breach isn't just the public access of private information, but the tarnished perception of that organization.

How did people react to the leak?

Response to this leak has been of two varieties. Some people believe that the intelligence community is looking into anonymous services and cryptocurrencies for law enforcement purposes. Others think it's fake and aimed at creating fear, uncertainty, and doubt (FUD) surrounding cryptocurrencies in an effort to reduce their prices and provide cheaper investment opportunities. The lack of classification markings and the presence of BLUF (Bottom Line Up Front) at the end of the memo, instead of the beginning, has led people to believe that it's not real. 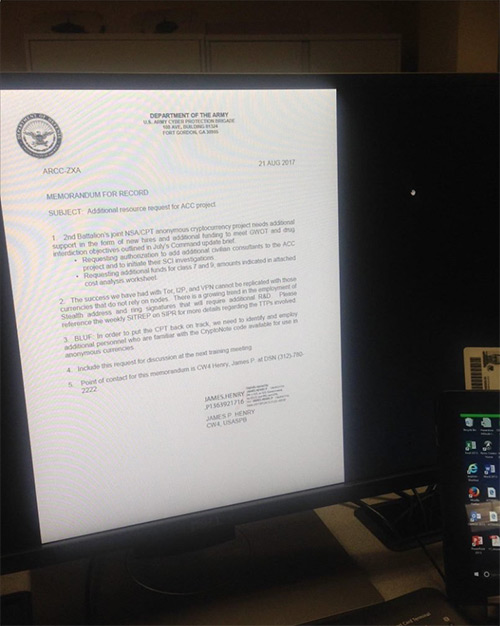 If you take a close look at the photo, you can see a Common Access Card on top of the tablet on the right side. These access cards are used by Department of Defense officials. It remains to be seen if this inclusion was a simple mistake or the kind of easter egg that usually comes with deliberate leaks. If this memo is real, some serious data protection violations have been made.

What can other organizations learn from this incident?

Here's how you can avoid such a leak happening in your organization:

It should be noted that breaches such as this one are quite rare, but can definitely be avoided by following the above-mentioned practices. However, there are several other instances of data leaks that a third-party tool can help investigate or curb.

How does ManageEngine help with forensics?

Data breaches and other security attacks are only on the rise, and you need to ensure your enterprise has measures in place to detect them. Here's how ManageEngine can help: