How to restore Microsoft Teams data?

Unlike all other Office 365 services, Teams data is not stored in a single location. It’s stored in different places and this table summaries where each data is stored.

To get an idea where each component is stored in RecoveryManager Plus’s backup, let’s imagine that we have the following scenario.

Finding the places where the data is stored in backups

Image attachments sent in Team chats are also stored in the backup.

Any file shared in the chat which is not an image will be stored in a different location.

All files that were attached to messages inside Team channels are stored in a corresponding subfolder inside the Documents folder.

All OneNote notes for it are stored in Site Assets folder alongside default site icon.

What are the items that can be restored directly?

The items that are stored in the following places can be directly restored to Office 365 and Teams:

Other types of data messages such as personal 1-to-1 chats, chats to multiple recipients or to all Team channel members can also be restored to the original location in Office 365, but Teams won't be able to automatically recognize and import this data.

There are 3 steps to restore messages to Team channels:

To perform manual restoration, create a Webhook that will allow you to send messages to the Teams Channel from the internet using PowerShell.

Converting the backup data into a .txt file

Once the Webhook has been created, the messages to be restored have to be converted to plain text (.txt) format.

There are many ways in which you can achieve this and you can use any of those methods. In this example, we’ll export the chat data to PST and convert the exported data to .txt.

To convert the messages of Edward Francis to .txt format, 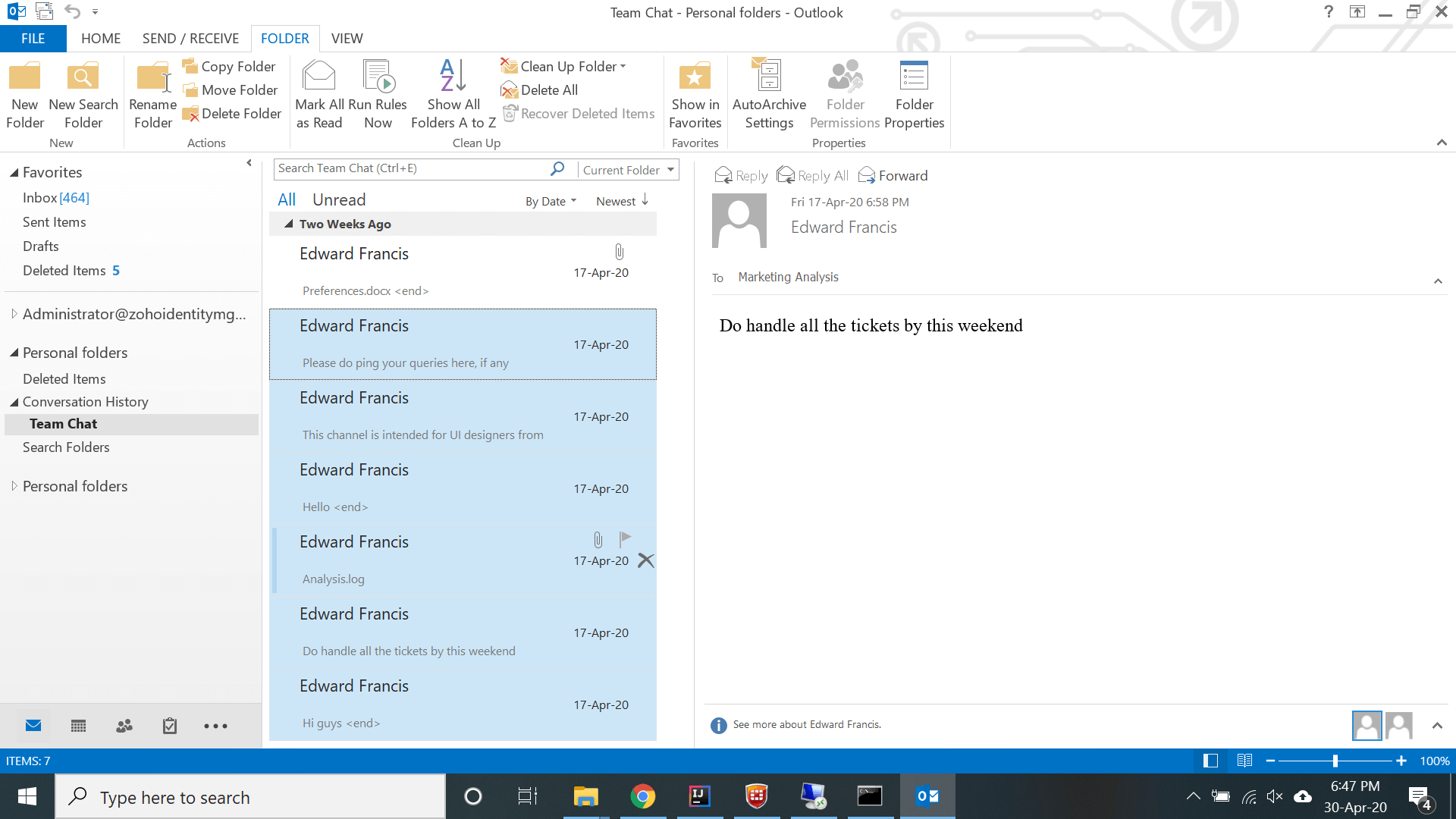 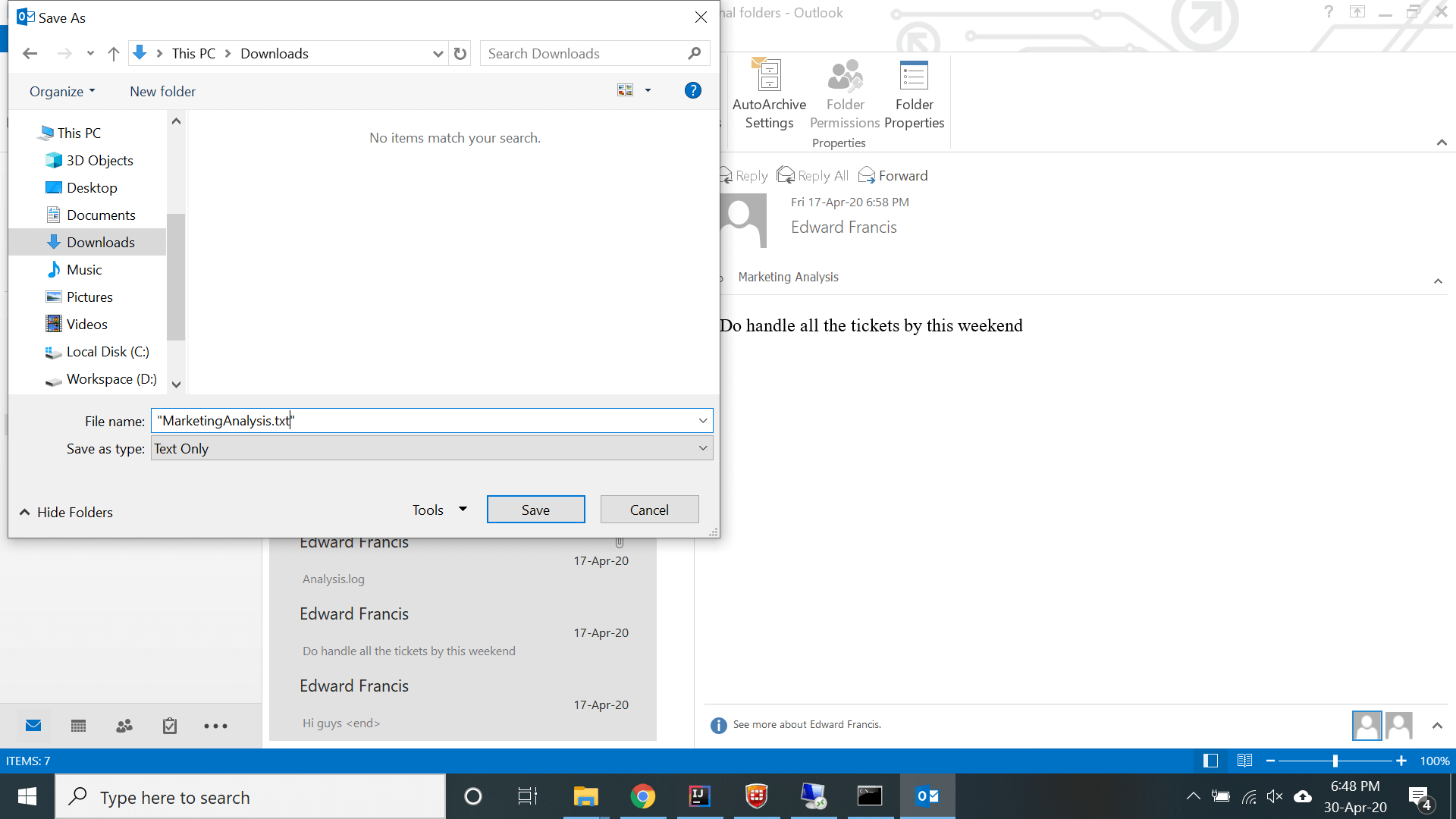 The downloaded text file will resemble the following image.

Once the messages are ready, they can now be imported back to Teams via PowerShell.

PowerShell is one of the many methods to forward data to Webhook. You can use other methods if you prefer them.

If PowerShell succeeded in sending the message via the Webhook, PowerShell will return ‘1’ as the result. 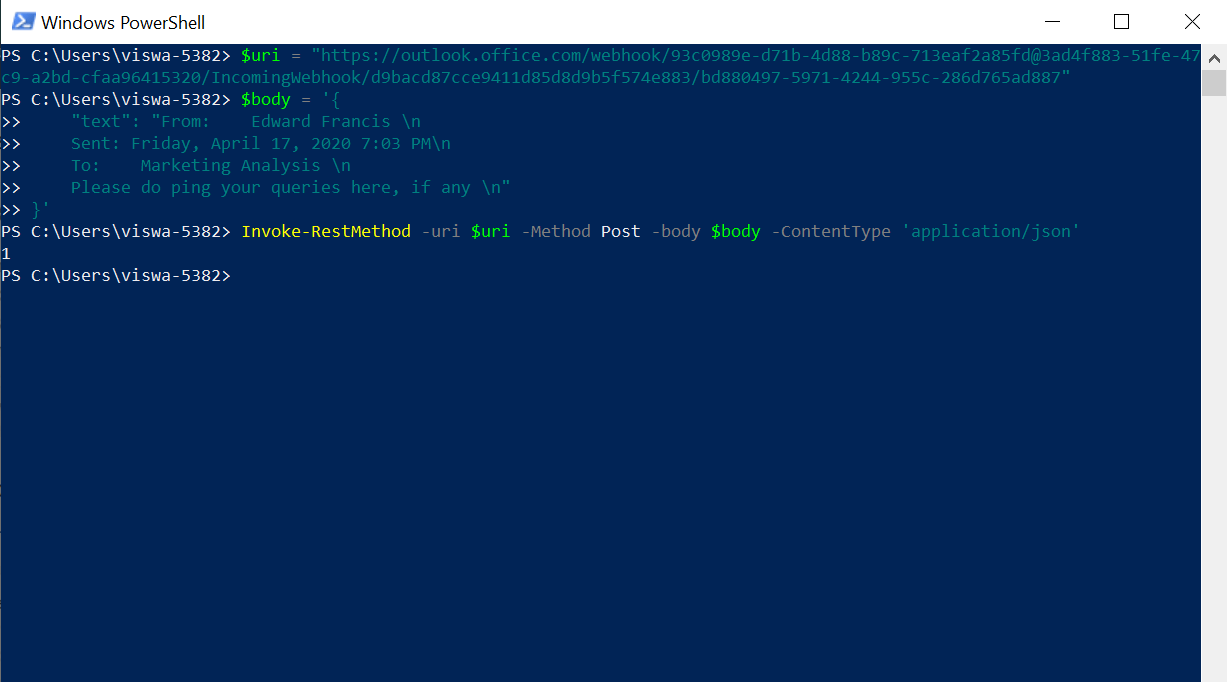 And you can see the message restored in Teams.

RecoveryManager Plus backs up both personal notes and SharePoint Team site notes. Unlike messages, they can be automatically restored and Teams will recognize them.

Although Microsoft does not provide an option to perform 1-click restoration of Teams data, there are a few alternate ways in which you can achieve that if you already have RecoveryManager Plus to back up your Exchange Online, SharePoint Online, and OneDrive for Business data. If and when Microsoft does allow third-party apps to restore directly to Teams, RecoveryManager Plus will also evolve to provide that.

Couldn't find the feature you wanted? Raise a feature request
Need a full-fledged demonstration of the product? Request a personalized demo

A single pane of glass for Active Directory, Office 365, and Exchange Backup