EventLog Analyzer is a log management and IT compliance solution for your enterprise. It's web-based, and it employs both agentless and agent-based mechanisms to collect logs from log sources across your network while also providing you with in-depth reports, alerts, and security analyses.

The main modules EventLog Analyzer has to offer: 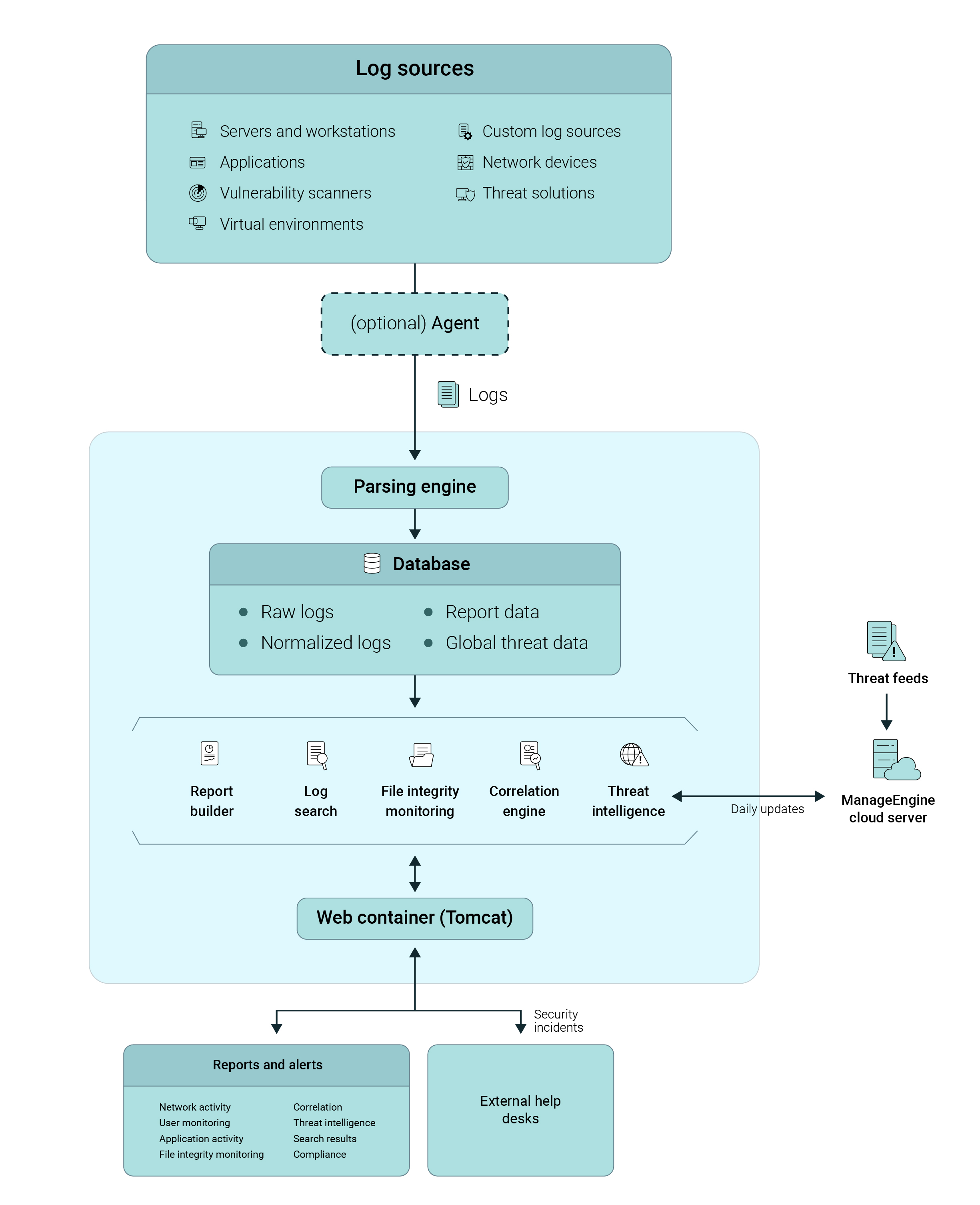 EventLog Analyzer's distributed edition is useful when your network consists of over a thousand log sources, or if it's spread across multiple geographic regions. It's also the perfect model for managed security service providers (MSSPs) to deploy. It follows a distributed architecture with multiple managed servers being controlled by a single, central admin server.

The one-stop solution to Active Directory Management and Reporting