How to generate a report on Active Directory users along with their display names.

The following is a comparison between the steps required for generating a report on AD users along with their display names with the Get-ADUser cmdlet of Windows PowerShell and ADManager Plus.

Steps to obtain AD Users' list along with their display names using PowerShell: 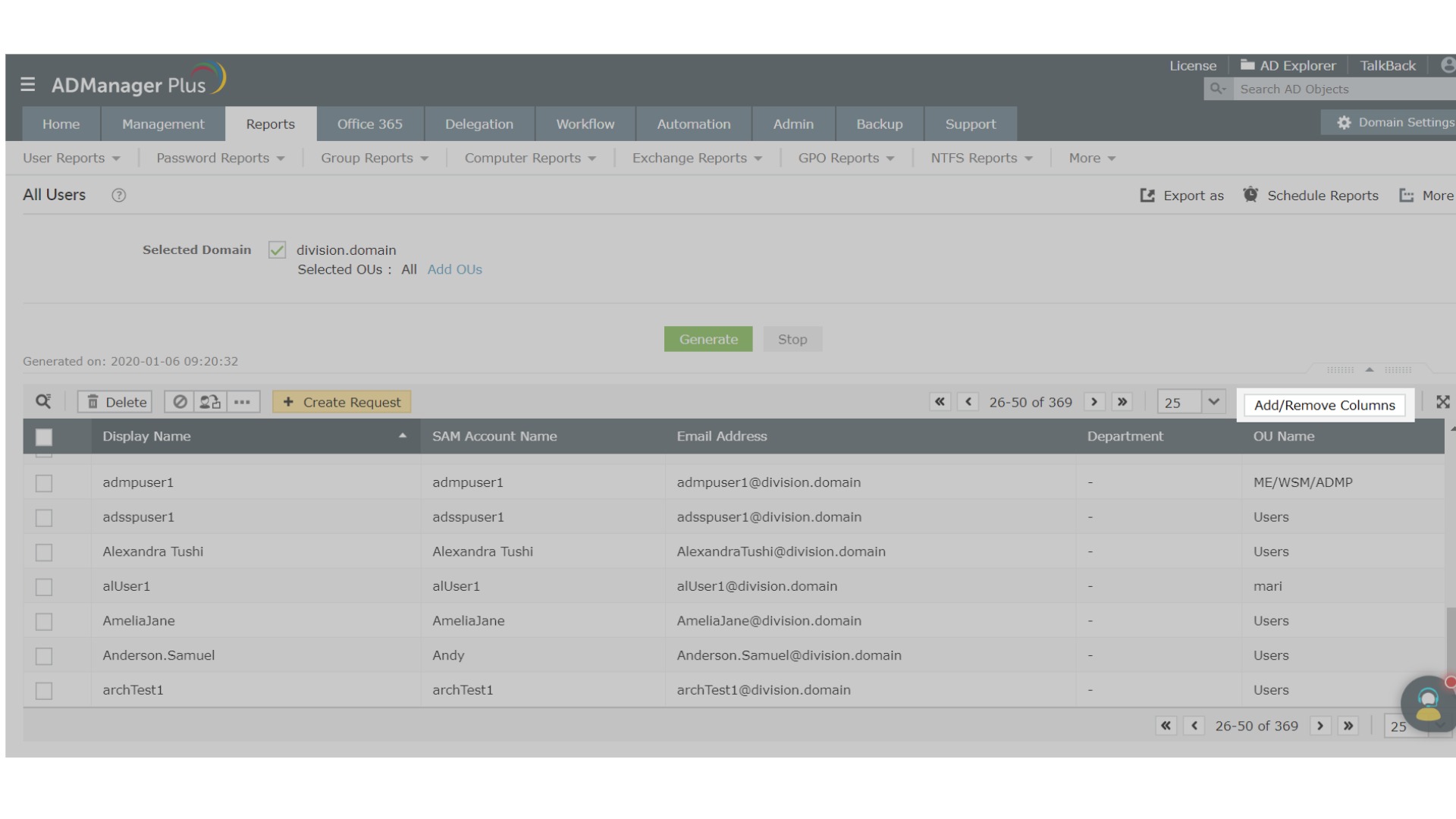