The following is a comparison between removing computers from a Active Directory domain with Windows PowerShell and ADManager Plus: 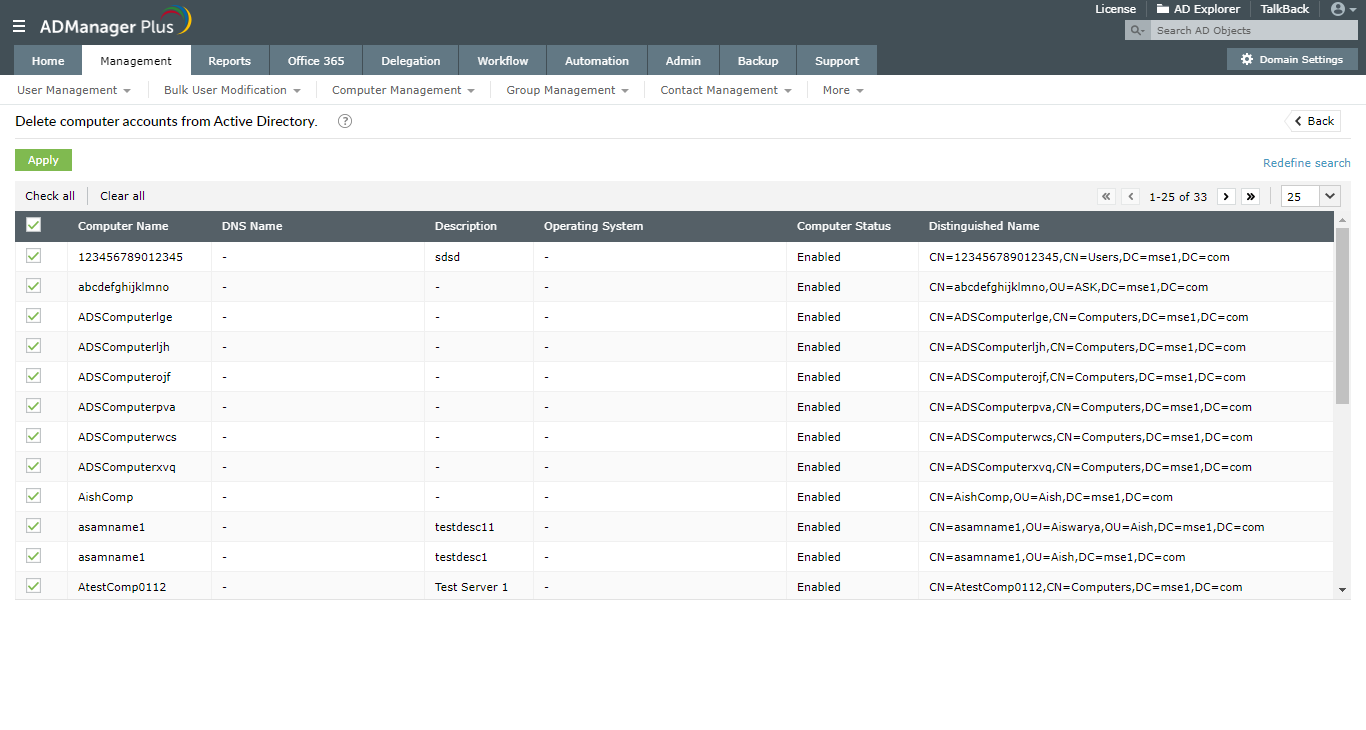 Following are the limitations to remove computers in using native tools like Windows PowerShell:

ADManager Plus can delete computers in bulk armed with just a CSV file from a simple and intuitively designed UI.