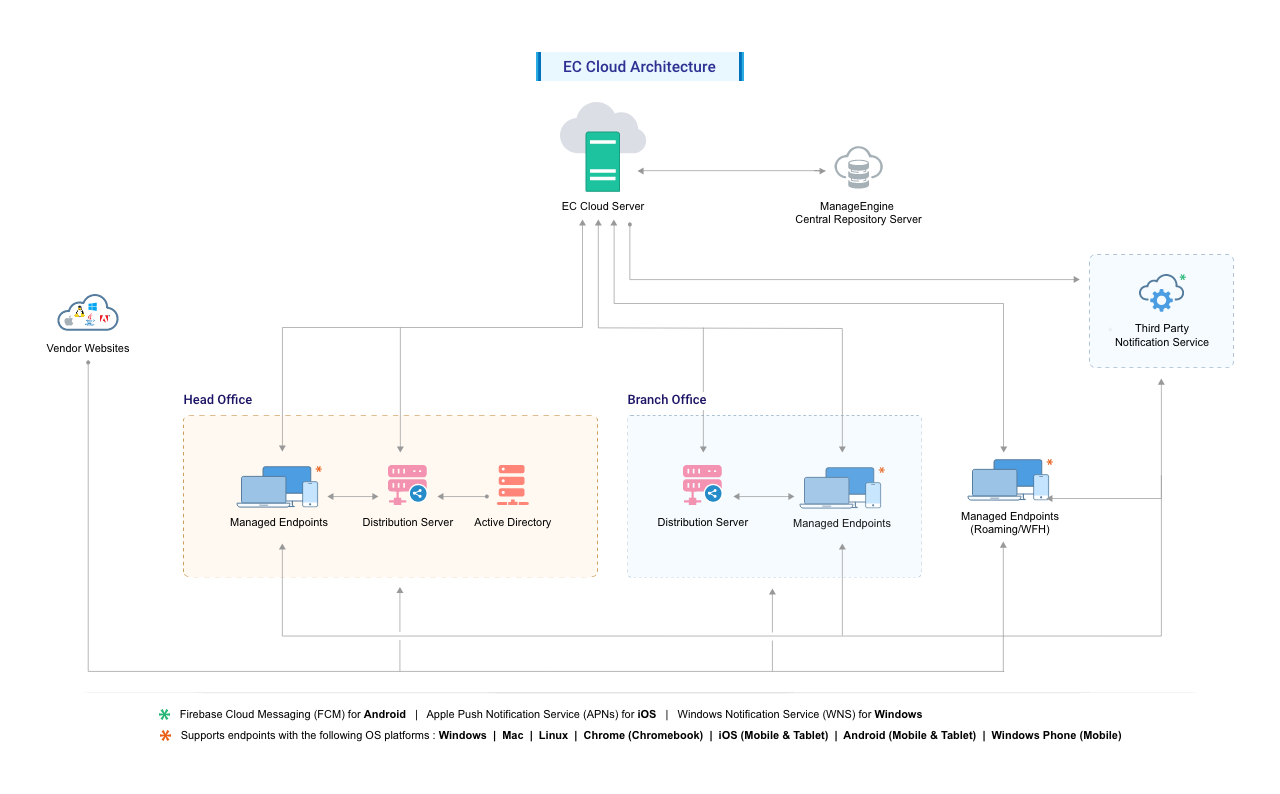 Desktop Central Cloud is an endpoint management and security solution that every IT administrator should have in their toolkit. It comprises the entire gamut of top-notch features for assessment and remediation of vulnerabilities, automated deployment of business applications, real-time management of IT assets, automation of mundane administrative tasks using over 50 predefined configurations, hassle-free remote troubleshooting, generation of audit-ready reports, and mobile device management functionalities.

This document explains the foundation of Desktop Central Cloud, its components, and the communication between these components.

For instance, if you want to uninstall an application, the necessary settings can be configured for the corresponding agent on the server, while the agent will replicate these settings and remove the application from the computer it is installed on. This agent will update the status of these tasks back to the Desktop Central Cloud server.

For roaming user management, the agent pulls the missing patch details from the Desktop Central Cloud server and downloads the missing patches directly from the vendor’s website; the patches are then deployed to the required machines. Once deployment is complete, the status is sent to the server.

The patch database is a portal on the ManageEngine website that hosts the latest vulnerability database. The Desktop Central Cloud server periodically synchronizes with the patch database’s information on available patches and scans the computers in the network to determine which patches are missing. The results of that scan are stored in the server and can be viewed from the web console.

The web console is an interface for accessing the Desktop Central Cloud server, and all endpoint management and security operations can be performed from here. This console can be accessed from anywhere.