What is Site to site traffic monitoring?

The Site to Site traffic monitoring option in IP Groups lets you monitor traffic between two specific sites, which are created based on IP Address or IP Network. This feature helps you understand the network traffic behaviour between any two user defined sites. You can get the following details:

To explain how to use site to site traffic monitoring and how to interpret the data shown in the reports pertaining to the IP Group, we will make use of a simple example. 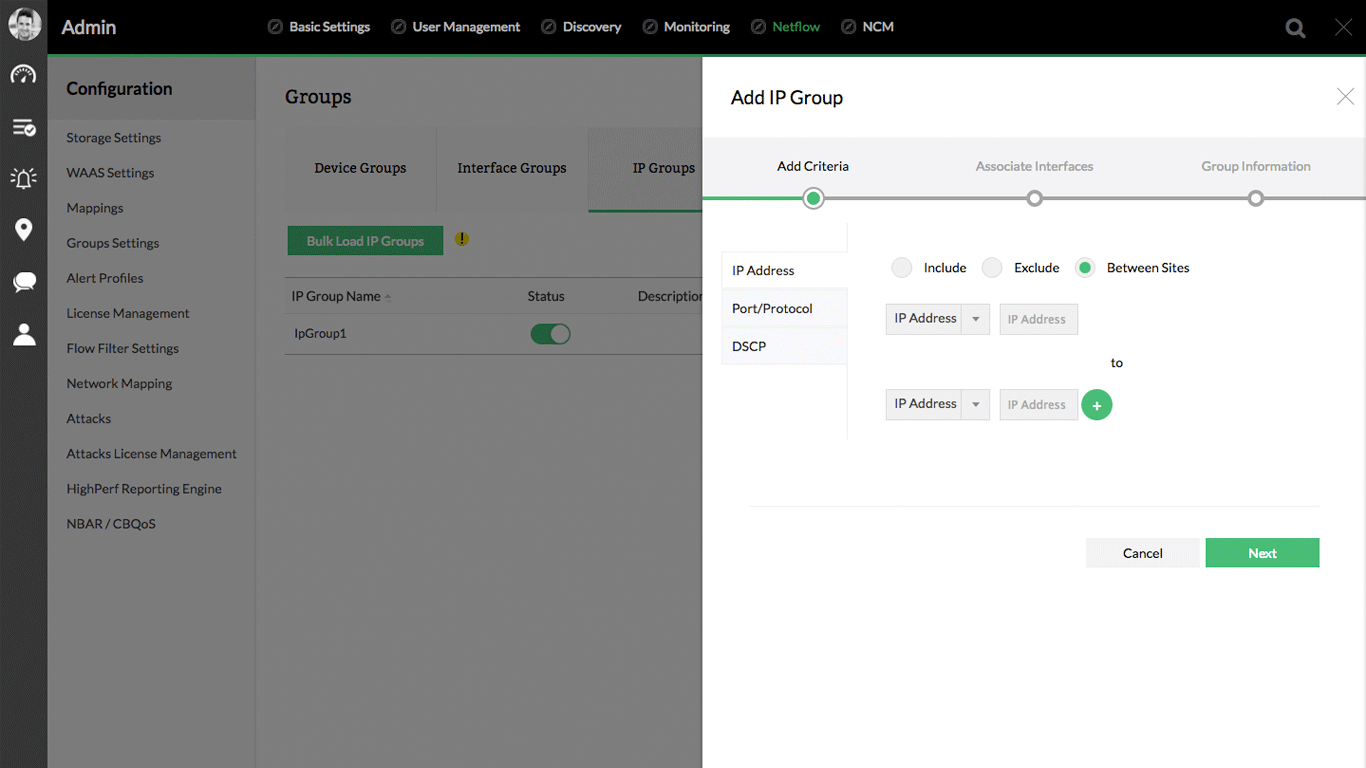 In such a circumstance, you can make use of the Site to Site traffic monitoring option under IP Groups.
For this, create an IP Group and select the Between Sites option. Here, add the Site A (192.168.1.82) under the 'From' field and Site B (10.15.8.47) under  the 'To' field. You can add additional filter options like Port/Protocol and/or DSCP fields to this IP Group which would further filter the results based on the added criteria.

What does it mean? - Data Interpretation:

Hope this gives you a better understanding on how to interpret the data in Site to Site IP Groups!