Any change made to the device configuration in a network carries the possibility of an error. An erroneous

can cause network issues ranging from performance degradation to network outage. This is particularly true for those network devices that are crucial for the infrastructure. Any change in such devices should be detected and the

of the device has to be backed up.
Such provision of

and triggers configuration backup. Network Configuration Manager detects the changes through the syslog messages received from the devices.
Here's how 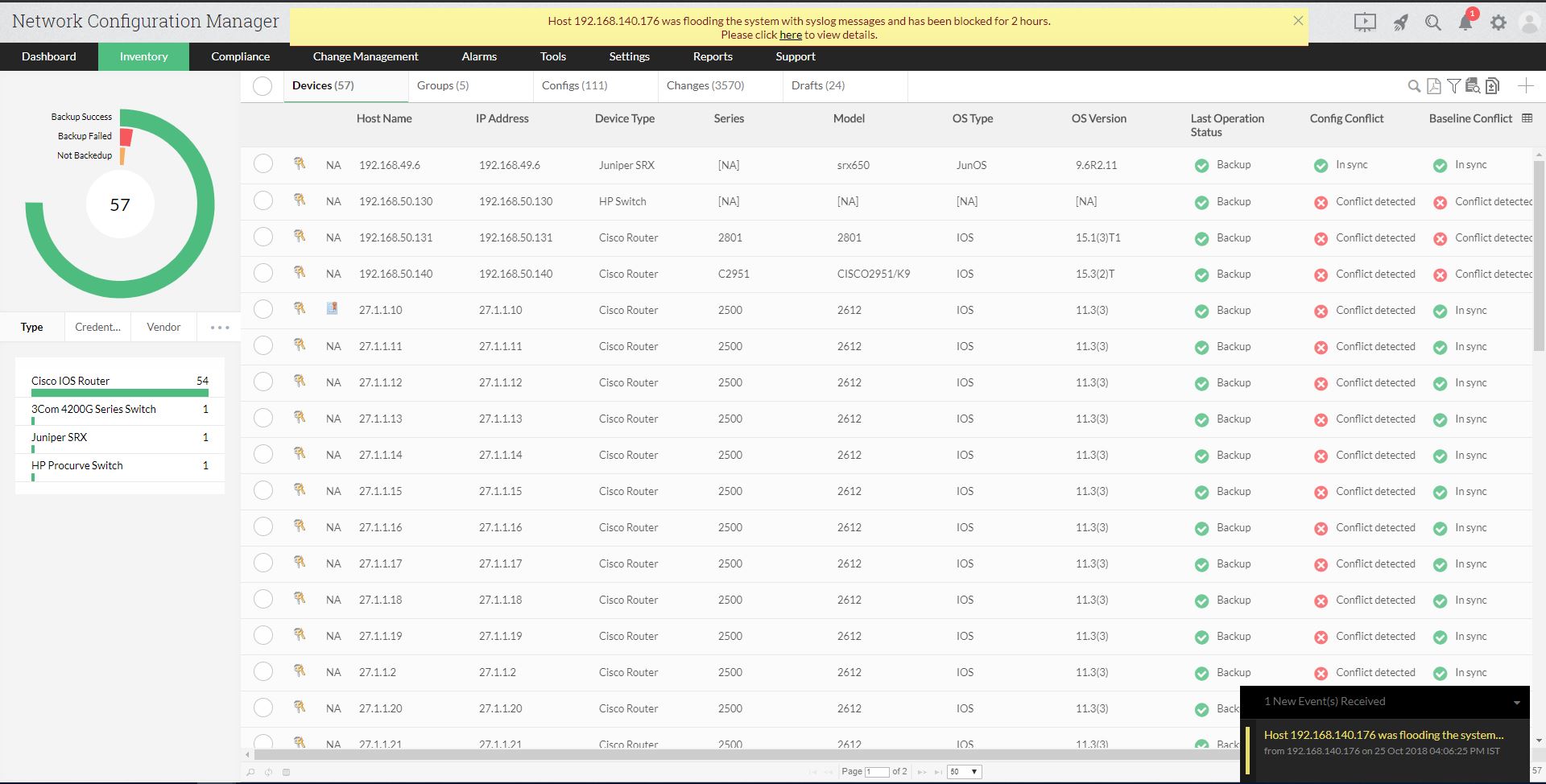 1. Temporarily turn off syslogs for the blocked devices.

2. Restrict the number of syslog messages by lowering the Syslog level.