What is terminal emulator?

A terminal emulator is a network file transfer application that supports network protocols like SCP, SSH, Telnet, etc. and helps users configure network devices. Apart from configuring devices, the terminal emulator can also execute commands for both SSH and Telnet. In older versions of Network Configuration Manager, there was no centralized platform for the devices to access the terminal, so command execution and configuration was executed from the device snapshot page. But now, Network Configuration Manager is more user-friendly, and you can directly access the terminal by choosing the Terminal option under Tools. 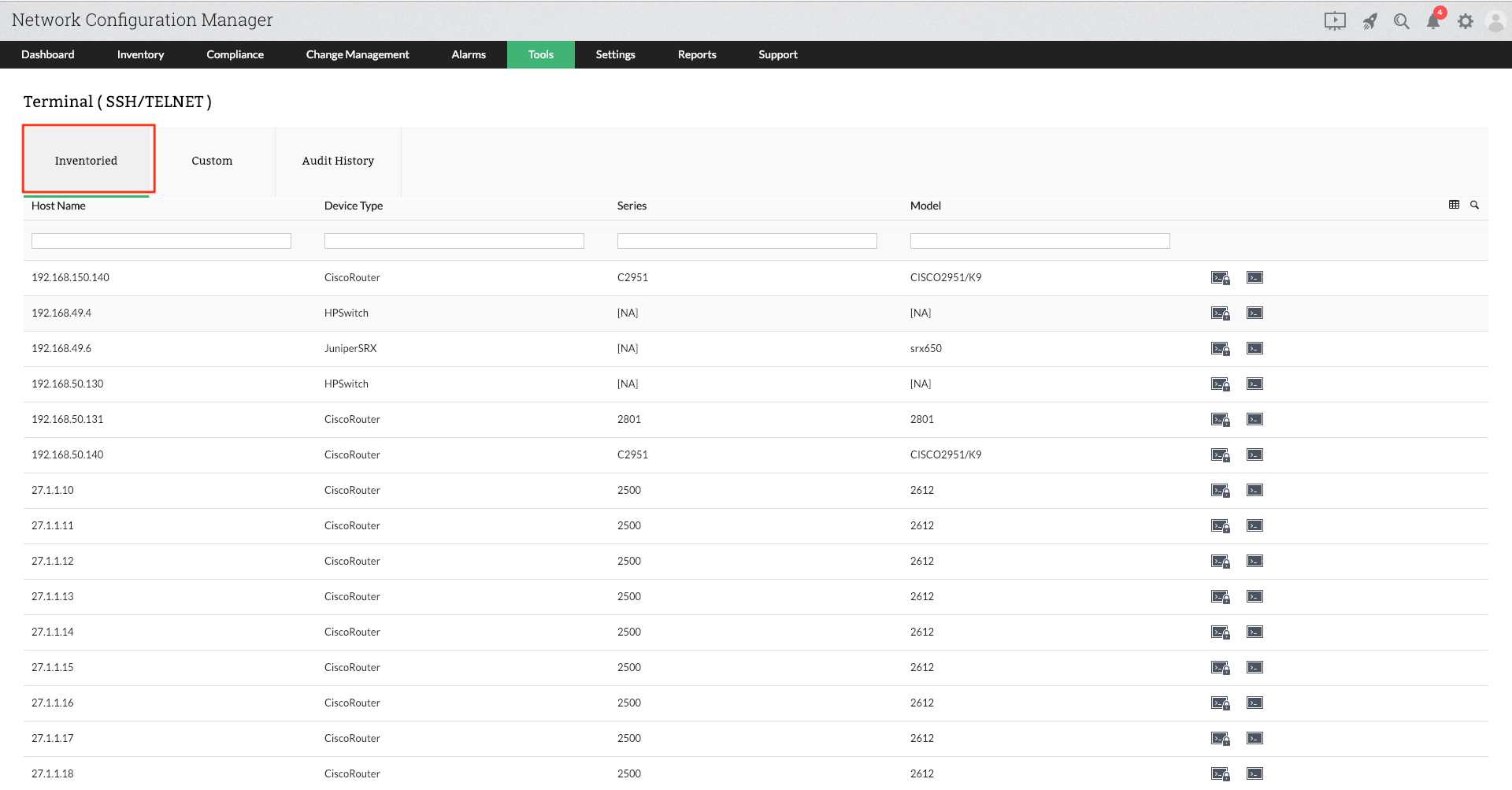 Configuring MAC and LINUX devices with the Custom function.

Add Terminal Device: This helps you add devices not present in the Inventory. The added devices are listed under the Custom tab once the credentials and the device type (Windows, Linux, Mac) are provided. You can also provide device visibility, such as Only me, Admin, or Everyone.

Delete: Using this option, you can choose one or more than one device which you want to delete. Thus, you can delete devices in bulk saving a lot of time and energy. 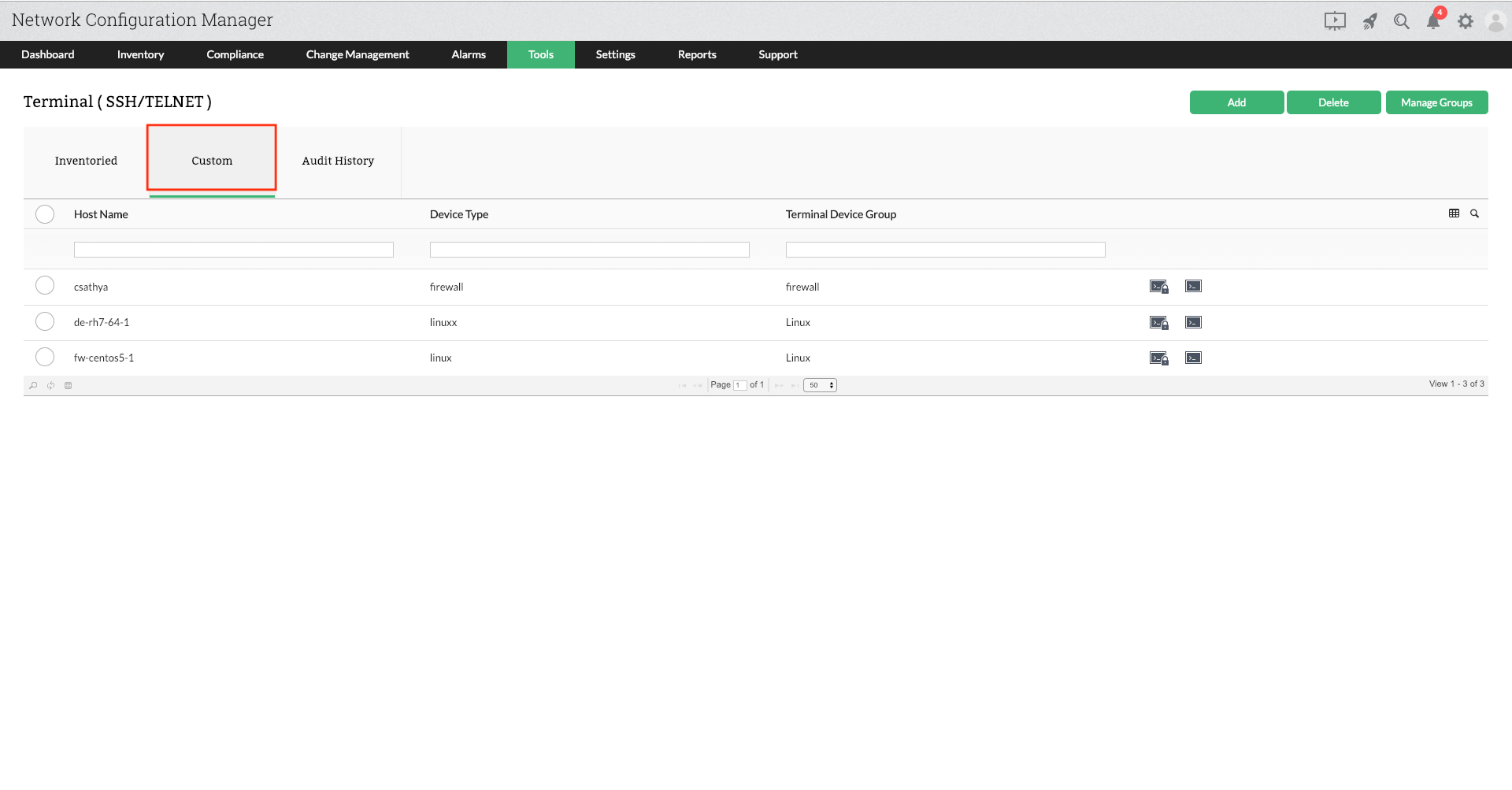 Audit History provides the complete record of all the commands executed on the terminal since Network Configuration Manager records every session of the users and compiles them. When a device configuration is selected, all the commands executed on that particular device will be shown in the sequential order of the command executed. This can be useful for the administrators since he can refer the command history while working on a configuration similar to an existing configuration. Audit History also shows the status of every operation along with the time of execution. Thus, users can carry out all the activities of a terminal from a centralized platform without installing an external emulator.

Use Network Configuration manager and learn about backups, compliance and change management for an optimal network performance! 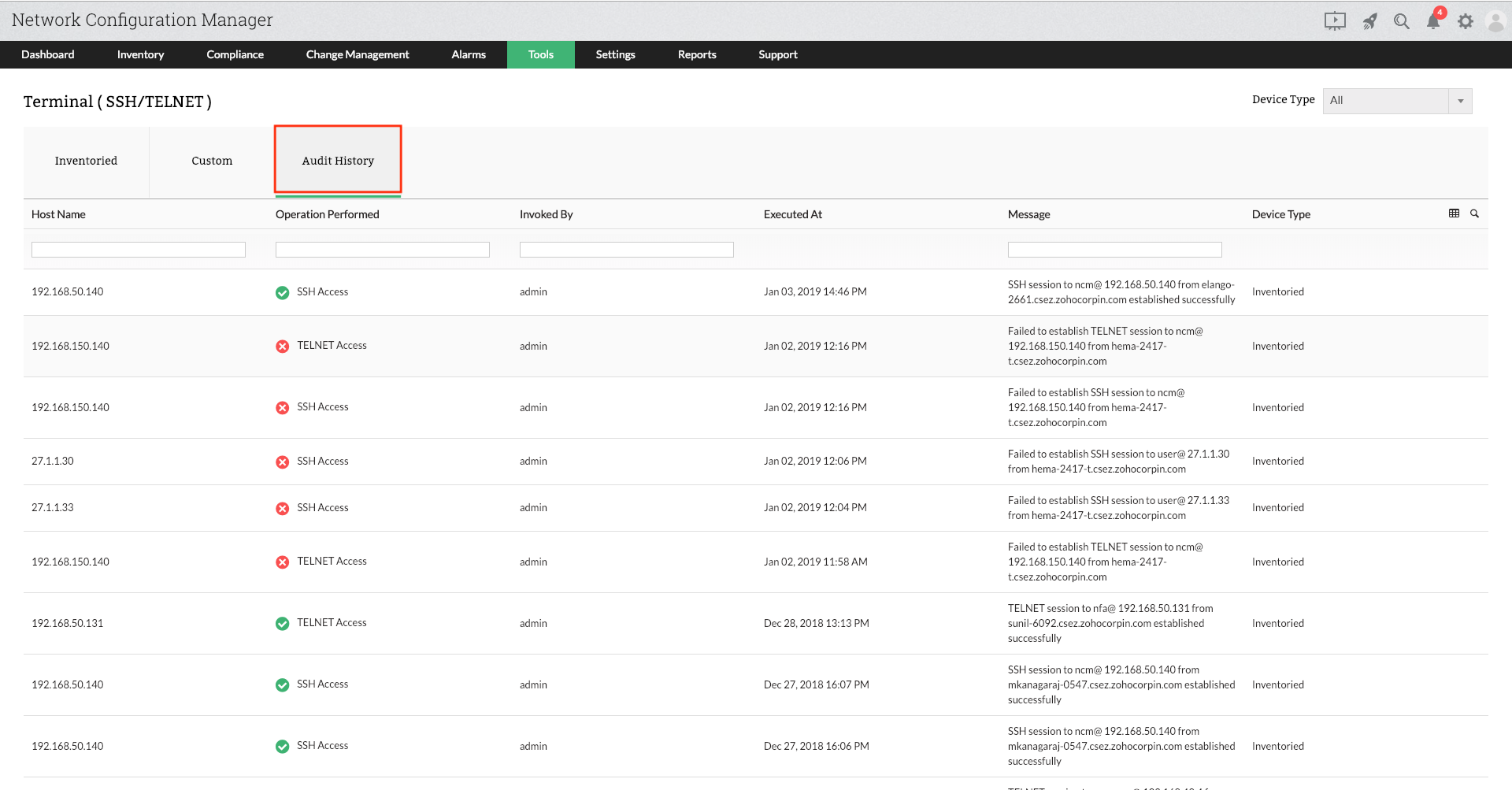