Firewall policies and rules ensure network security. Optimized firewall rules strengthen IT security. Anomalous rules can create security holes in the firewall. Unused rules and new rules created without studying the impact on the existing rule set will lead to an anomaly. All of the above will make the network vulnerable to attacks.

The impact of rule anomalies on network security

Anomalous rule sets allows hackers to penetrate the network to harvest the data and cripple the servers. The categories of anomalies are:

You can see that anomalies make the rules weaker and put network security at risk. More than one rule may allow or filter the same packets in the same way, when the rules are anomalous. Two rules may allow or deny the same type of packets to be passed. Out of two rules, first and second rules will allow or deny one packet, but the rules in the reverse order will not allow, or will deny the same packet. These anomalies can be overcome by rearranging the firewall rule order.
Thorough analysis and reconfiguration of rules will remove rule anomalies. However, a quick fix solution is arranging the rules in a specific order. This order of rules will reduce the anomaly to a great extent. Configuring a correct order of rules will reduce the impact of the anomaly to a great extent. 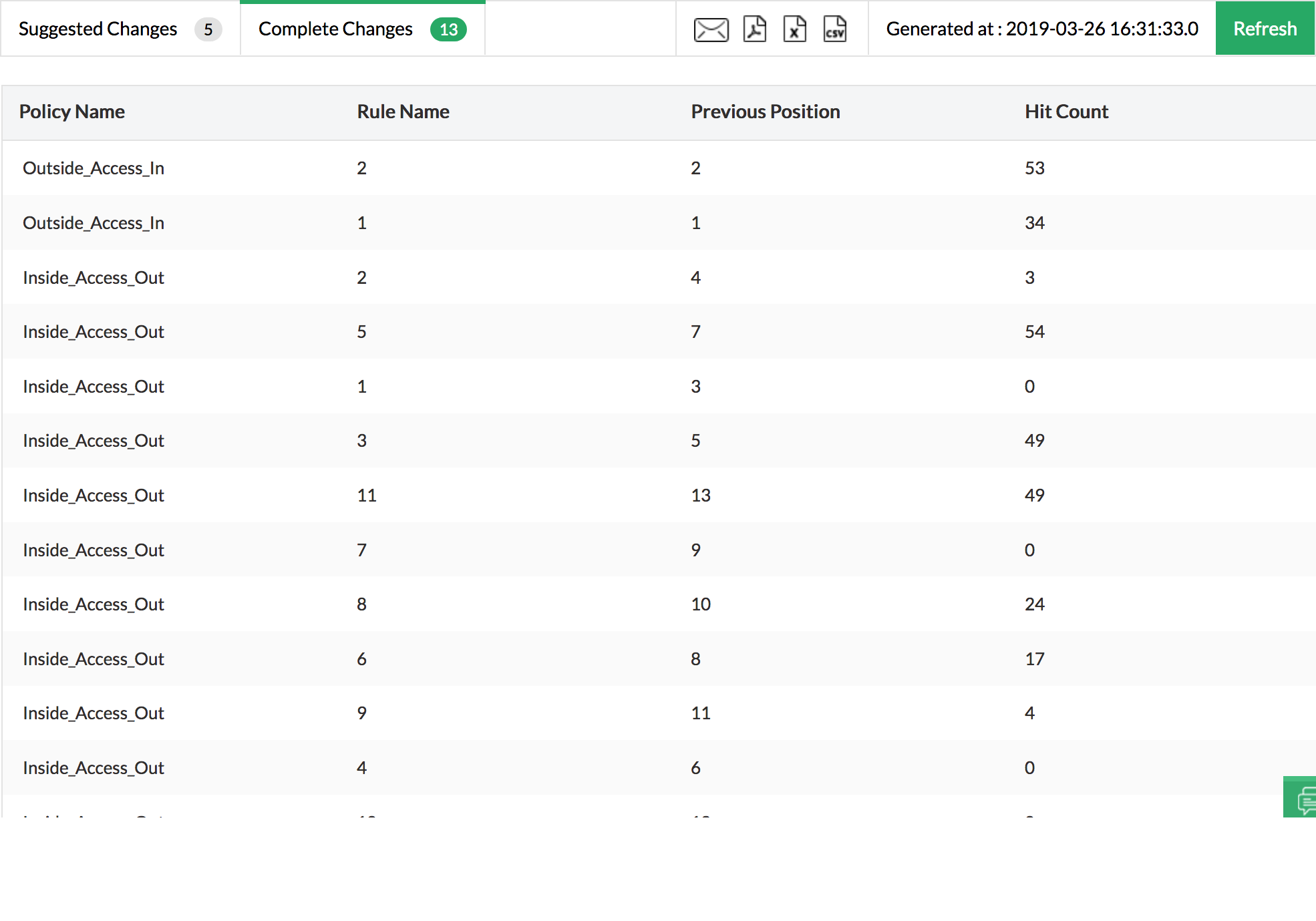 This tool also provides a rule cleanup report. With this rule clean up recommendation, you can remove the unused firewall rules to make the firewall performance more efficient.

Use Firewall Analyzer, the firewall rule order solution, to ensure that there are no anomalies in your firewall rules.