What is VPN Monitoring?

Merely deploying a VPN alone does not guarantee smooth IT operations. You need to constantly monitor VPN connections (VPN Tunnel Monitoring) for possible bandwidth constraints and security threats. With a VPN monitoring tool, you can fetch VPN logs from your firewall and generate relevant traffic and security reports.

4. VPN security: Identify failed user login attempts and generate alerts on security attacks, viruses, and other anomalies in your network. 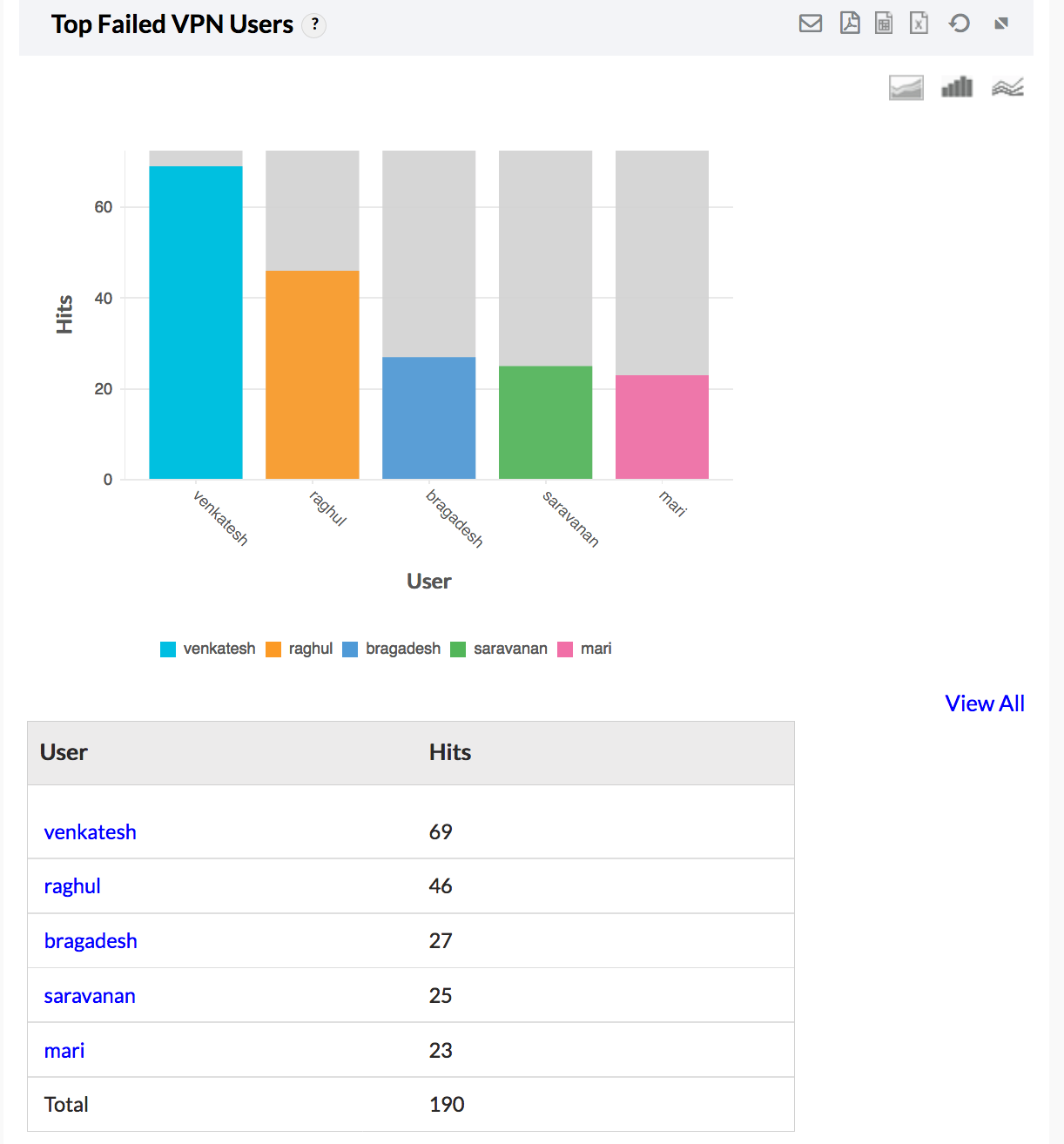 What is VPN Monitoring?

Globalization has completely changed the way enterprises are run today. Global conglomerates typically have multiple offices at varied locations and a highly dynamic group of employees. This typically leads to a plethora of complications in a company’s network infrastructure, especially when it comes to sharing files within the organization, across different branches, and with remote employees.

This is where a virtual private network (VPN) comes into play. VPNs allow enterprises to create a secure connection to another network over the internet. Enterprises typically deploy VPNs in the following ways:

If you want monitor both VPN bandwidth and performance, Firewall Analyzer is available as an add-on for OpManager (VPN performance monitoring tool). With OpManager you can monitor VPN performance, track the health of all VPN links and monitor data transmission across VPN tunnels. Thus the OpManager-Firewall Analyzer combination gives all the necessary tools for a security administrator to effectively handle the VPN operations.