What is a firmware upgrade and why is it important?

Firmware is the software that is embedded into a hardware device. Firmware consists of a set of commands that control how your network device behaves. When a vendor releases the latest OS version for a certain device, you'll need to upgrade the existing OS version to the latest release. This is known as a firmware upgrade. Network devices like routers and switches should always be updated to the latest firmware version to ensure optimal network performance. Firmware updates provide free and instant improvements to the functionality of these devices that enhance the user experience. Upgrading firmware also fixes any existing bugs and protects you from vulnerabilities.

Manually logging in to each device to check if it is vulnerable or not is a time-consuming task. Rather than logging in manually, you can use Network Configuration Manager's Hardware Inventory tab to filter vulnerable devices based on the firmware version number. Network Configuration Manager lists all the devices running on a version number that requires an upgrade. Once the devices are listed, firmware can be updated in those devices by bulk execution of configlets, saving time by fixing vulnerabilities in multiple devices at once.

How to execute firmware upgrades in Network Configuration Manager?

Network Configuration Manager upgrades firmware using advanced script execution mode in Configlets. Advanced script execution is used to execute a series of interconnected commands on a device. Firmware upgrades can be performed on demand, or they can be scheduled for execution at any future point in time. All you need to do is to create a template containing the required commands, and then use this template to execute repetitive tasks for many devices.
Now, let's look at an example of upgrading firmware by executing configlets:

Do you want to upgrade your network devices' firmware in bulk? Our experts can show you how.

The Requirements to upgrade Firmware for a Cisco IOS Router

Once all the above requirements are satisfied, you must follow the following steps to upgrade Firmware in a Cisco device:

Sample command for copying an IOS image to the Router: 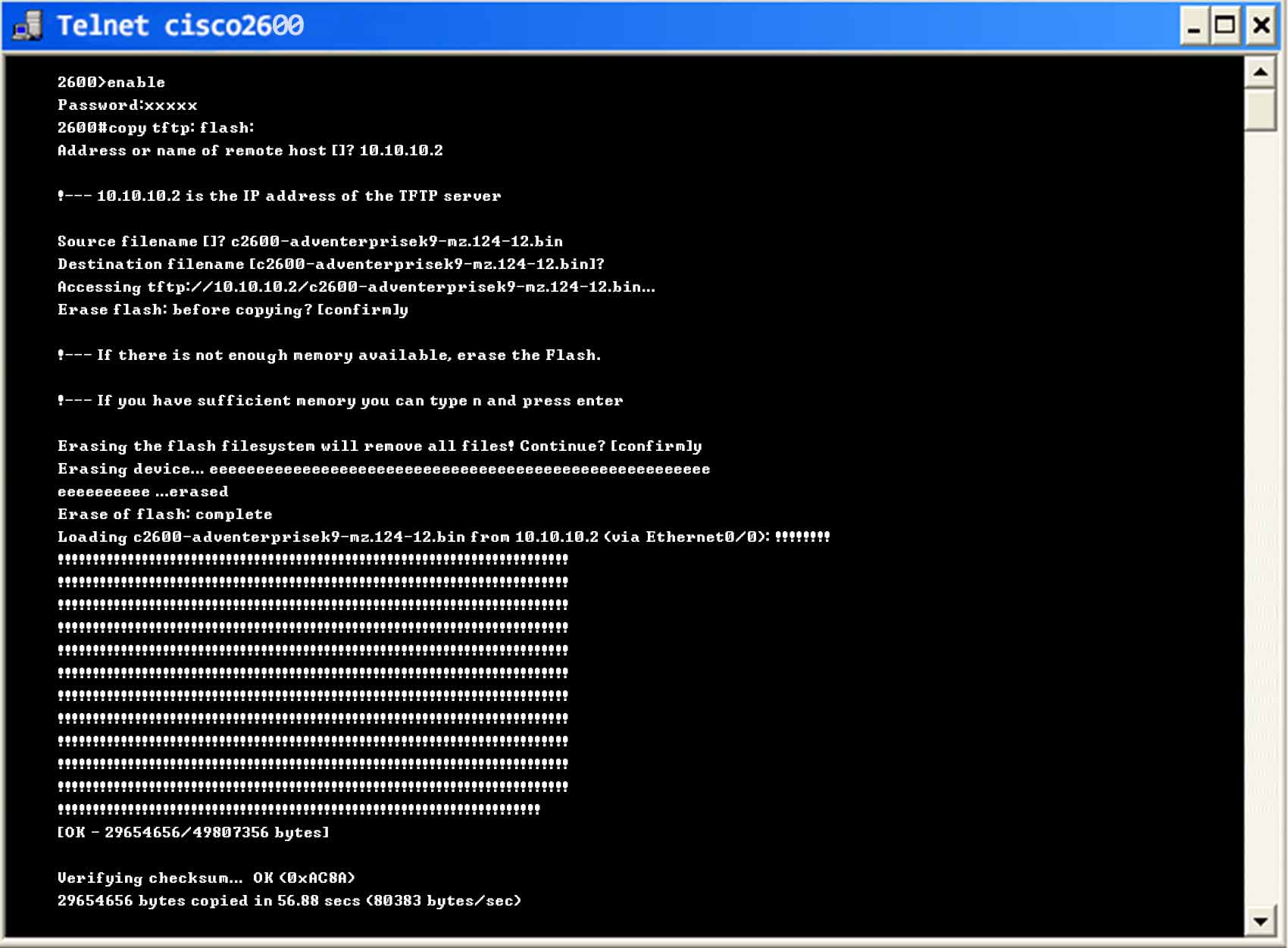 The above terminal shows the sample command that will be executed in a TELNET or a putty. The corresponding configlet commands for upgrading Firmware in Network Configuration Manager is shown below: 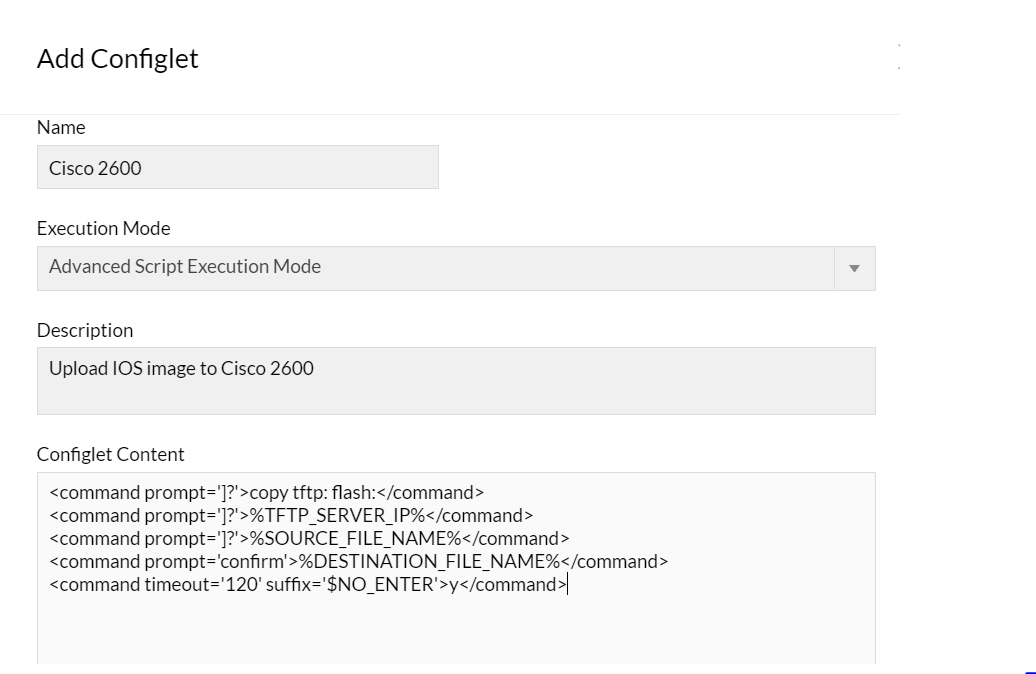 Once the commands are given, the configlets can be applied in bulk to multiple devices to upgrade Firmware. Not just that, with the help of configlets you can also execute commands to fix errors and to make bulk changes. Also, learn about firmware vulnerability management to identify potential network threats and fix them.