Application Discovery and Dependency Mapping (ADDM) is a management solution which discovers various applications running on different servers and network devices within the network infrastructure, and maps the dependencies between them. Application Dependency Mapping aids in discovering, mapping, and building a holistic view of all the resources running in a business infrastructure and the relationships between them.

Use Applications Manager's Application Discovery and Dependency Mapping tool to discover all the resources (applications, servers, and databases) in your IT environment. You can configure dependency maps by pre-defining the IP range for discovery within the network which will be used whenever a new discovery is scheduled. Based on the requirement for application dependency mapping, the ADDM monitor allows admins to select the types of resources that they wish to include for discovery. Once the discovery process is completed, Applications Manager lists out the various devices that the engine was able to find.

You can also schedule periodic re-discoveries which makes it easier to automatically scan the entire entire network on a regular basis without having to manually discover new resources each time. The scan summary report gives the real-time update of scan status as well as the total number of pinged devices and discovered applications.

Once network discovery of resources is performed, Applications Manager makes it convenient for users to map the relation between different servers, applications, and other resources. It uses a hassle-free approach of creating new dependency maps by simply selecting the desired servers. The application dependency mapping software automatically retrieves the associated resources and maps the relation between them.

The dashboard panel has a list of dependency maps from which you can view their individual resource information as well as edit and remove each map. By default, the Dependency Map View can be created by detecting devices where a relation between server and applications is drawn to get a detailed overview on how all the discovered resources are interlinked with each other. Further applications that are discovered within the devices at a later point of time will automatically get added to the map. Though the ADDM tool automatically adjusts the positioning of the mapped monitor groups to prevent them from overlapping with each other, you can also manually move them around based on your requirements.

Similar to dependency maps, Applications Manager also has a Business Service Map View feature that provides a visual relationship between the different monitor groups in the form of a flow chart. Business service maps differs from dependency maps by breaking down the resources within each monitor group that gives more visibility into the entire environment. Gain a global view of all discovered applications, from web services to URLs. View the connections and dependencies among applications and their relationship with the infrastructure, as a whole.

ADDM displays the business view of all the connections between various associated components in the IT infrastructure. This way, you can view the components associated with a particular application and quickly locate faulty devices, instead of having to browse through the entire infrastructure.

CMDB integration and updates made effortless

Our Application Dependency Mapping tool aids you in understanding the underlying components of your IT environment, and how they are connected. Furthermore, you can place these components and their dependencies in the CMDB of ServiceDesk Plus, so that they become configuration items (CIs). Map accurate CIs to your service management processes with CMDB ADDM integration, and be informed of the impact of configuration changes and planned downtime, all from the relationship maps. The CMDB is automatically updated with the ADDM module. All in all, this feature gives you everything you need to know about your IT environment, in one place. 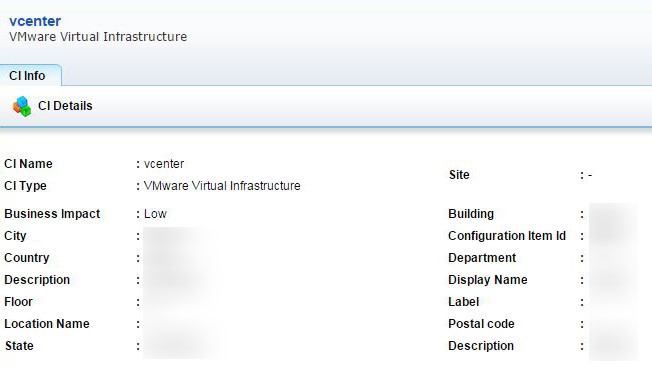 Experience Application Dependency Mapping on your own!

Explore all the features of Applications Manager's dependency mapping tool by downloading a 30-day free trial. Alternatively, you can also schedule a personalized demo for a guided tour.

Application Discovery and Dependency Mapping (ADDM) is a management solution which discovers various applications running on various servers and network devices within the network infrastructure, and maps the dependencies between them. ADDM aids in discovering, mapping, and building a holistic view of all the resources running in a business infrastructure and the relationships between them.

Why do you need application discovery tools?

To track dependencies, IT infrastructure has relied on conventional techniques such as endless spreadsheets and extensive audits. But the proliferation of virtualized data centers, cloud, and micro services, has made it increasingly difficult to track dependencies using these archaic methods. Now, application maps are usually the first step to visualizing complex IT environments, for which, choosing the right ADDM software becomes vital.