Monitor ping by testing if a specific host/IP address is reachable - both on your local network and a device on the internet. Applications Manager's ping monitor notifies you of availability issues as soon as they appear.

The process of ping monitoring involves interacting with the host by sending packets. The host receives these packets and sends a response back to Applications Manager indicating that the host is available.

A higher value of packet loss indicates a problem in the network such as a connection quality problem. Using our comprehensive ping monitoring tool, you can set up a threshold value and associating an alarm with it to help isolate and rectify network lag issues. 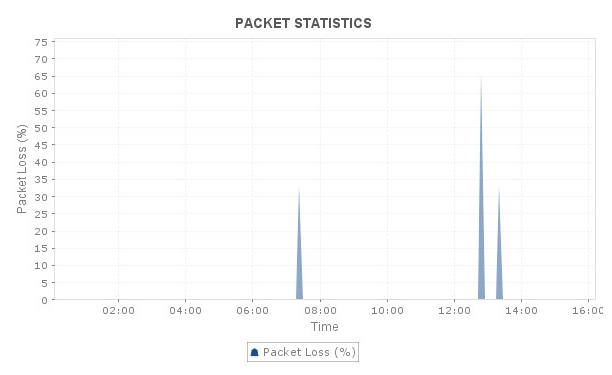 Applications Manager's ping monitoring software calculates the round trip time (RTT) for each packet exchange. When a ping happens, a timestamp is placed in each packet and that is echoed back and used to compute how much time it took for each packet to exchange. A high value of round trip time could indicate a slow network connection, network congestion, more number of network hops or higher server response time. By monitoring ping, you can then look at using content delivery networks (CDNs) and caching website assets on global edge servers (POPs) to reduce the RTT. 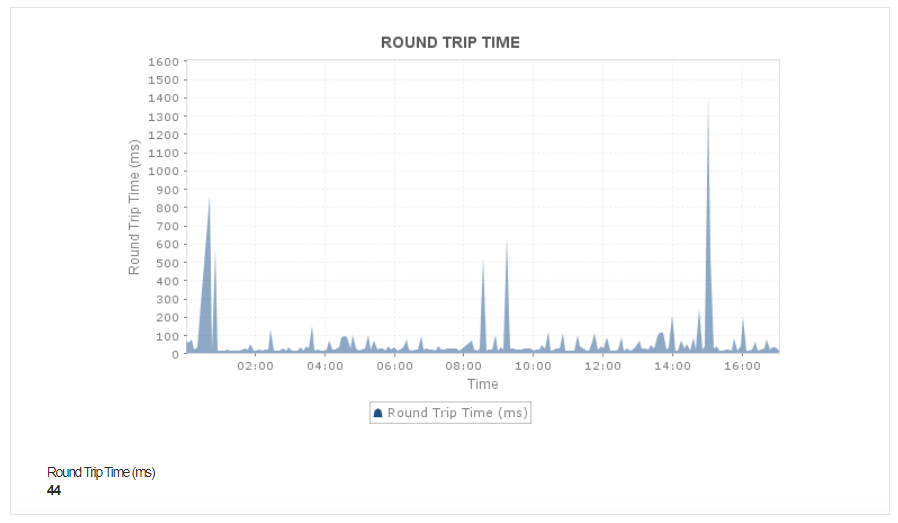 Applications Manager's ping monitoring stores ping data during every poll. With the aid of our monitoring dahsboard, picture all pings for a selected time period on a graph to see how they have evolved. can also export the ping data into a csv file for further analysis with our ping .

It's common for an occasional ping response packet to get lost on a busy network. Applications Manager's ping monitoring solution takes this into account, and provides you the option of sending alerts only after two or more ping responses have not been received. You can customize this setting as per your requirement.

You can create PDF and HTML reports including detailed statistics for selected hosts through our ping software. The generated reports can be saved as files or sent by e-mail. You can create reports on demand and on schedule.

Apart from ping monitoring, other services that can be tracked using Applications Manager are: