Layer 2 protocols are a list of communication protocols used by Layer 2 devices (such as network interface cards (NIC), switches, multiport bridges, etc.) to transfer data in a wide area network, or between one node to another in a local area network.

To understand Layer 2 network protocols, we must learn about the Open Systems Interconnection (OSI) model and Layer 2 first. Touted as the data link layer, Layer 2 is the second of the seven-level OSI model that is responsible for error-free data transmission between devices in the same network.

OSI is a standard model for network protocols and distributed applications that separates the workings of a network into seven different layers based on its functionality. Each layer performs a different set of functions and is independent from the other layers. 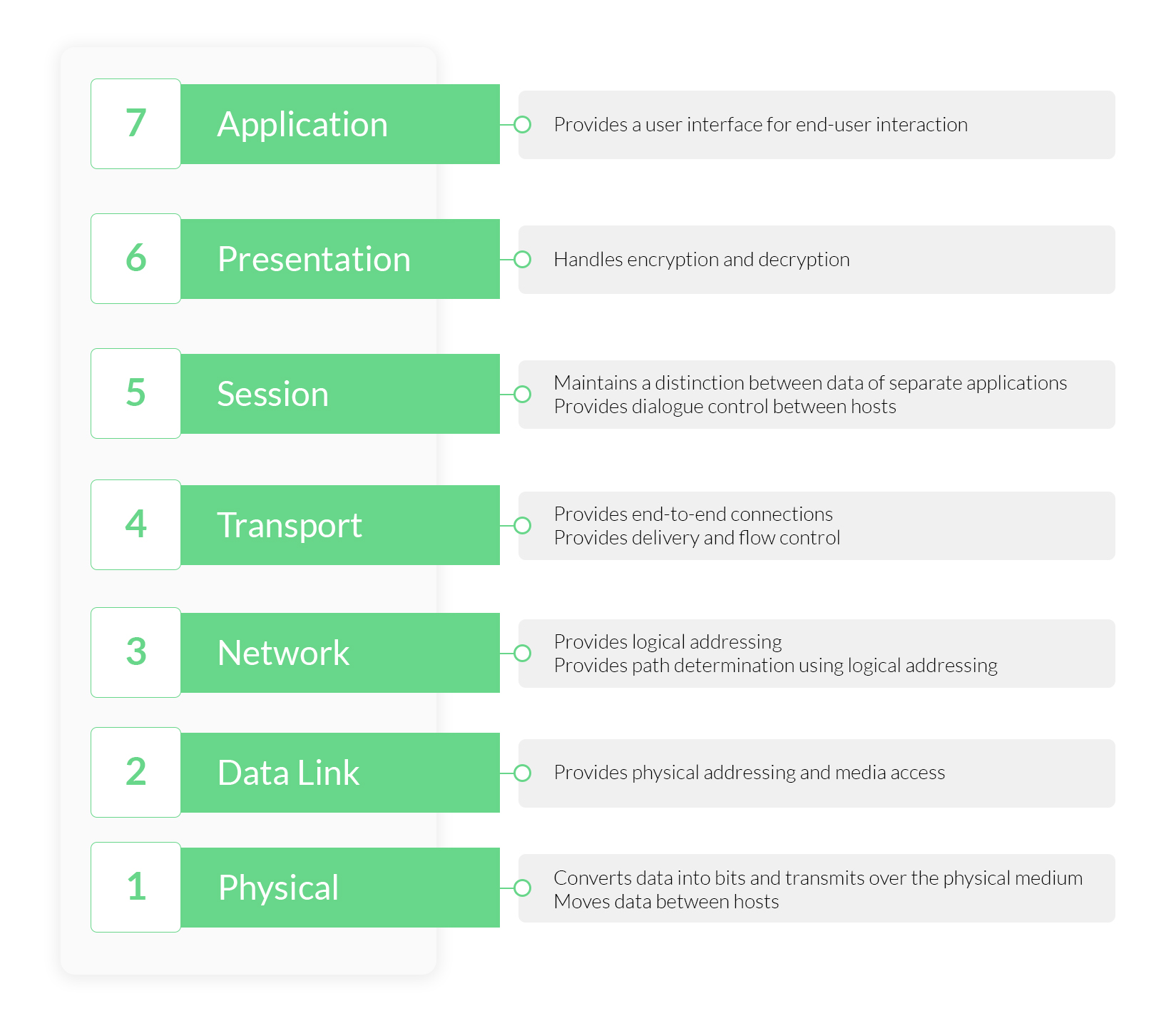 Breaking down the data link layer

The primary function of a data link layer is to process raw transmissions from the physical layer, and transform it into an error free transmission in the network layer. This is accomplished by having the sender (a Layer 1 device) break the input data into encoded data frames, transmit the frames sequentially, and process and decode the acknowledgment frames obtained from the receiver (a Layer 3 device).

The smallest unit bit of a Layer 2 protocol is called an Ethernet frame, or simply frames, and is different from bits since frames can be used to detect any in-transit data corruption.

Depending on how a frame is transferred, it can be categorized as:

The data link layer is divided into two sub layers:

Depending upon their requirements, certain protocols are chosen over others. Example: Cisco switches prefer its own communication protocol. Here is a list of commonly used Layer 2 protocols:

Some of the other data link layer 2 protocols are as follows:

ManageEngine OpManager provides a comprehensive list of out-of-the-box features that greatly aid in simplifying your network management process. OpManager's real-time alert-based fault management system ensures your network is performing at peak efficiency, so your end users do not experience any network backlashes.