As a Network Administrator, a critical and sometimes unplanned task involved in IT infrastructure upkeep is creating and archiving actionable reports. Usually, such reports are quickly made and brought together when upper management needs help in making important decisions on capacity additions/device upgrades/SLA verifications. Your 24/7 network monitoring tool would have a lot of captured data accumulating to Gigabytes of disk space, but it is the tool's ability to provide immediate, intelligent reports that makes the difference in running a well-planned and optimized IT infrastructure. 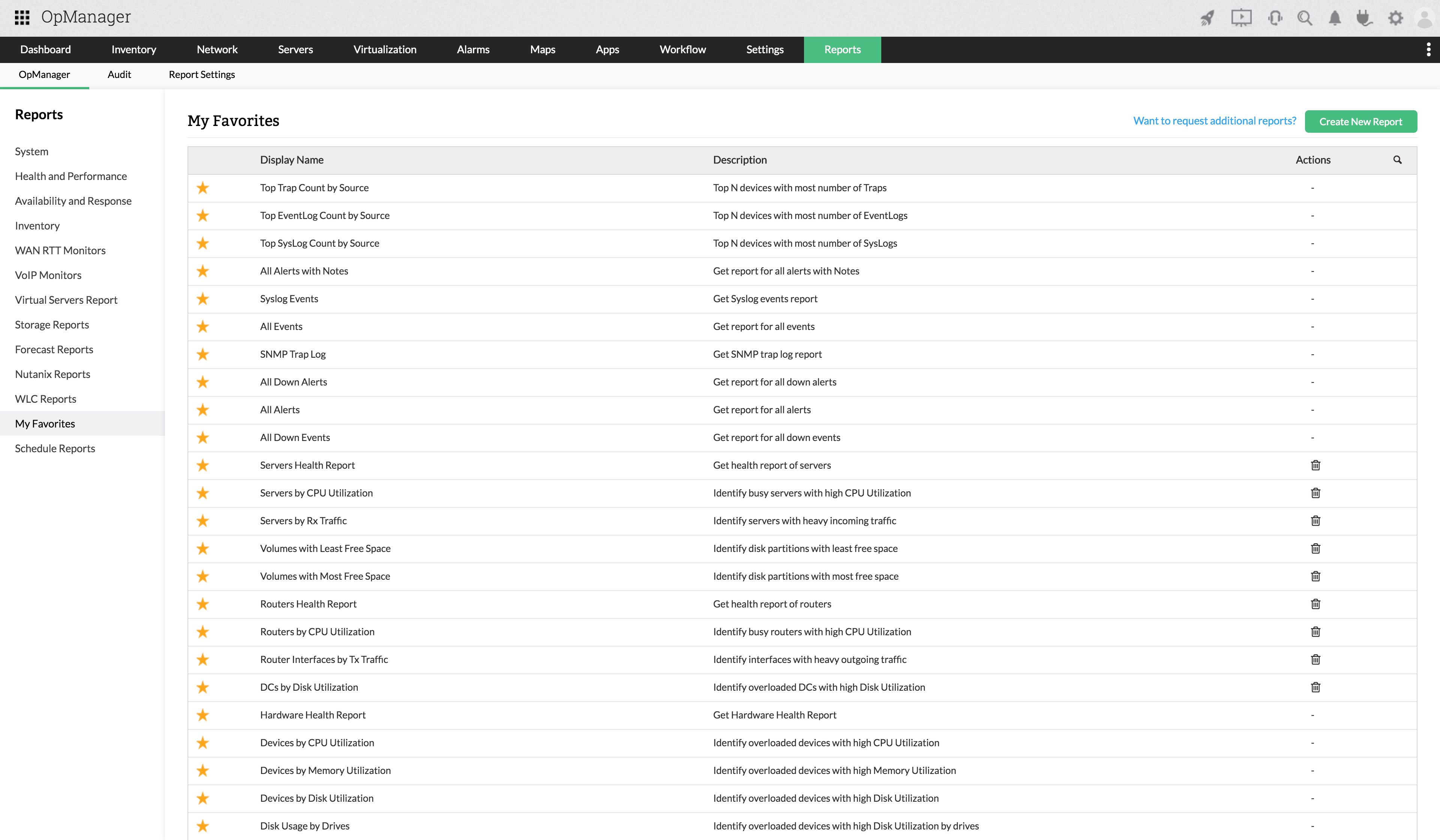 OpManager stores all the monitored network and device health information in its in-built PGSQL/MSSQL database for immediate retrieval. The reports section has a number of flexible options that help to create customized and actionable reports quickly: 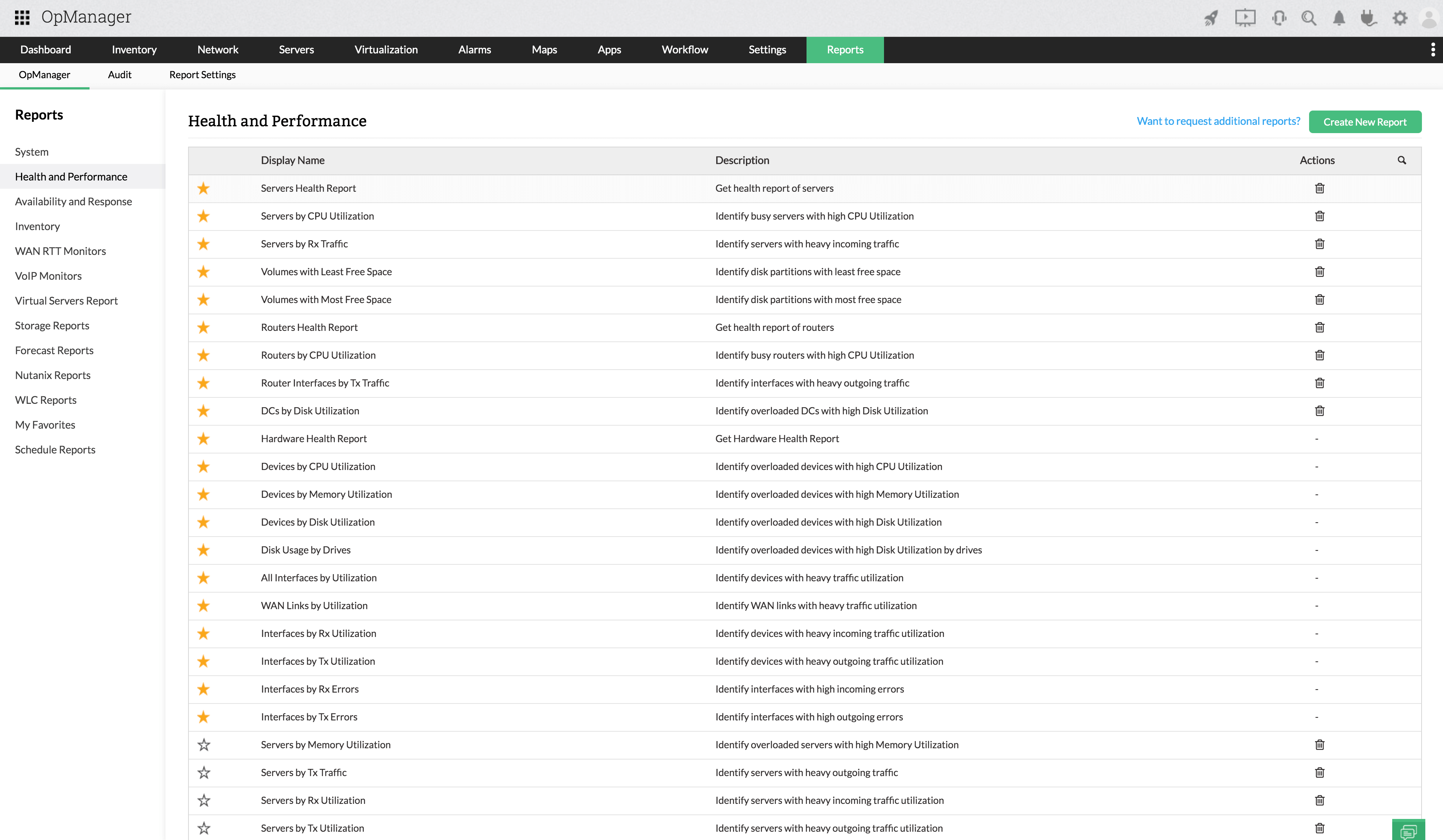 Reports in OpManager is an aggreagation of the monitored data. While there are more than 100 default reports available on the UI, users can generate custom reports based on their preferences.

Sometimes IT admins may need reports which cover particular data, say a report is needed on the Firmware versions used by storage devices that are grouped based on the vendor model.

Using Advanced reports, users can simply create a new report for the needed information by specifying the criteria.

Users can also generate a report for selected devices/interfaces from the inventory page. These reports can be generated in a graphical view or table view based on the the selected monitors.

OpManager's in-built reports can be arranged so as to display interfaces or devices which have the highest amounts of CPU utilization, memory utilization, disk utilization, incoming and outgoing traffic, interface errors, response times etc.. Learn more..

OpManager provides in-built reports over a group of devices and/or other network infrastructure that work together for a common business servicing group Learn more..

It is not just network fault notifications that OpManager sends to you wherever you are, anytime of the day. Learn more.. 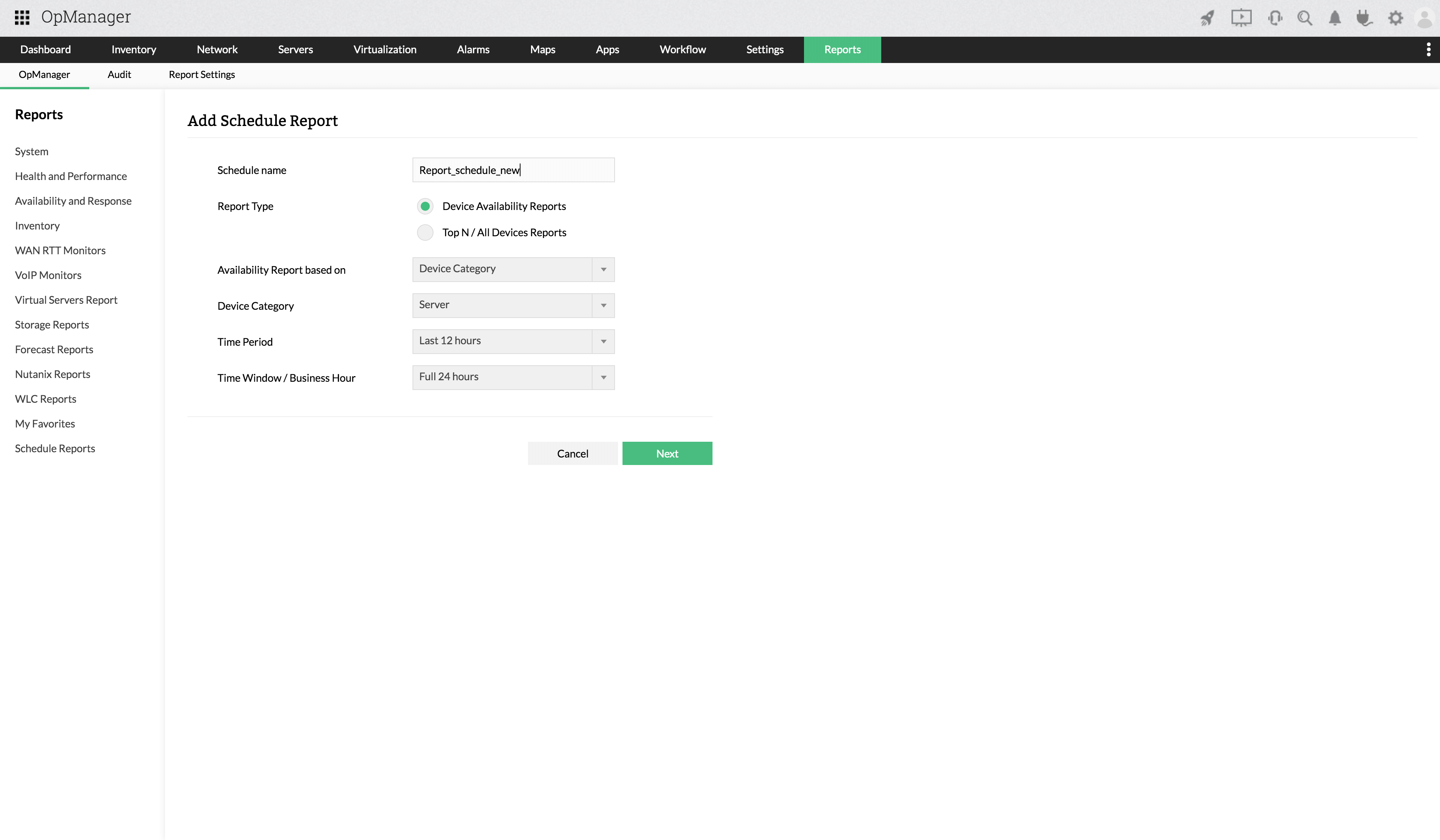