Key Linux performance monitoring metrics to watch out for:

Inspite of being a highly flexible, customizable, and scalable platform, there are several issues encountered by IT admins while monitoring Linux. Our optimal Linux server performance monitoring tool will help you track key metrics like: 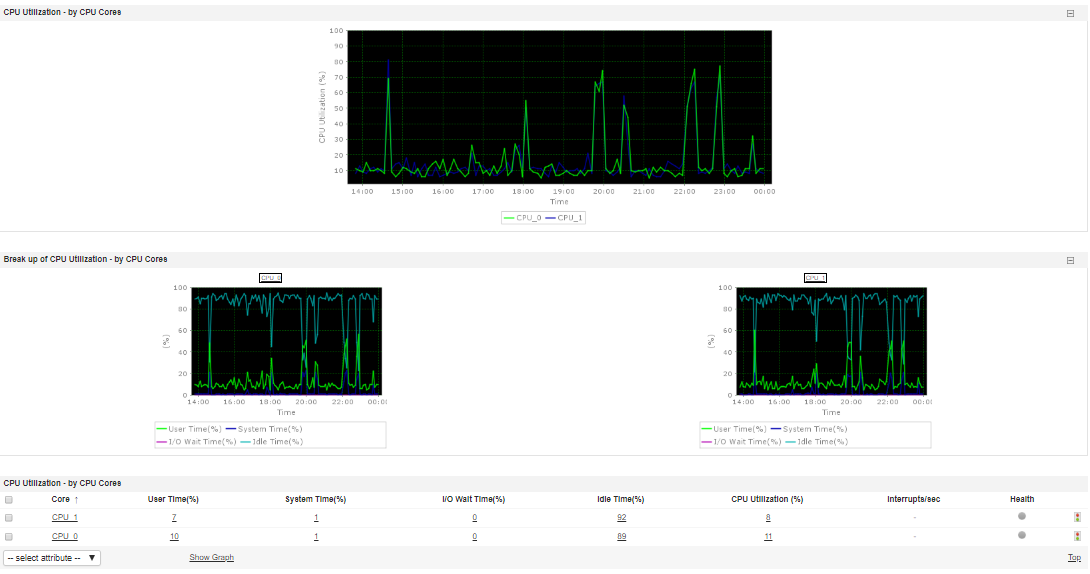 System load gives a measure of computational work the system is performing. With our Linux application performance monitoring tool, keep track of the number of jobs executed, and the duration for which each process runs. Get alerts when the load average exceeds the set limit and identify the workload that needs to be moved. 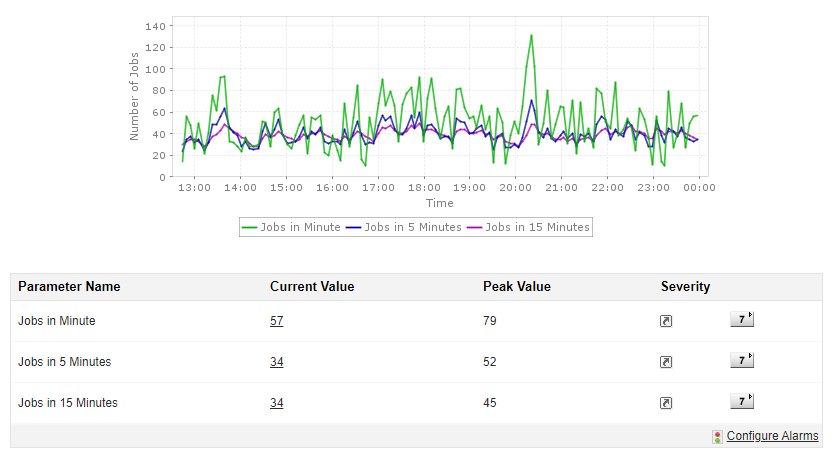 Trace memory usage to determine the load on the server. Gather details on the amount of swap and physical memory available. Insufficient memory impacts Linux server performance, causing it to run slow. With our Linux performance monitoring tool, determine the root cause of bottleneck in your system. Get in-depth information about critical parameters like thread count, process count, zombie process count, etc.

Linux systems use inode numbers, instead of file names, to identify files/directories while they are being created. Since every file must have an inode, the potential issue is that all the inodes of a disk might be completely used even before the disk is full. Our Linux performance management tool helps you track inode usage details, that reveal a lot about the number of nodes that have been consumed and the amount of space left. Keep tabs on inode limits per filesystem to improve Linux application performance.

Cron is a Linux metric that schedules commands or scripts to run on your server automatically at specific intervals. Cron jobs are used for running scheduled tasks like backups, emails, status checks, etc. and can be set to run by the minute, hour, day of the week/month based on the requirement.Cron jobs come handy if you want to automate repetitive tasks so it is critical to gain visibility into jobs that are executed at the back-end.

Network Time Protocol (NTP) is usually used to synchronize system clocks among a set of distributed time servers and clients. With Applications Manager's linux performance monitor, get details about NTP Status. Quickly identify if the client is synchronized with the server at a glance. You can also get to know other metrics such as Server Name, Stratum level, NTP Time correct to within, and Poll Interval.

Get started with our Linux performance monitor!

Apart from Linux monitoring, Applications Manager also offers proactive application performance monitoring for a wide range of other on-premise and cloud applications. You can download a 30-day free trial and start monitoring in just a few minutes!

Why is Linux performance monitoring important?

Linux systems power several business-critical applications in enterprises ranging from web servers to ERP systems. Any slowdown or failure in Linux servers can directly affect an organization's productivity and quality of service. This necessitates the monitoring of linux servers.