Applications Manager manages Ad-Hoc Windows and Linux scripts that are used in-house. The output of the custom scripts are monitored and alarms would be generated accordingly. It gives periodic reports on the attributes configured.

During creation of a new script monitor, you need to give the location of the custom script (local/remote), attributes (numeric/string) to be monitored, the Output File in which the output is going to be redirected and the polling interval. 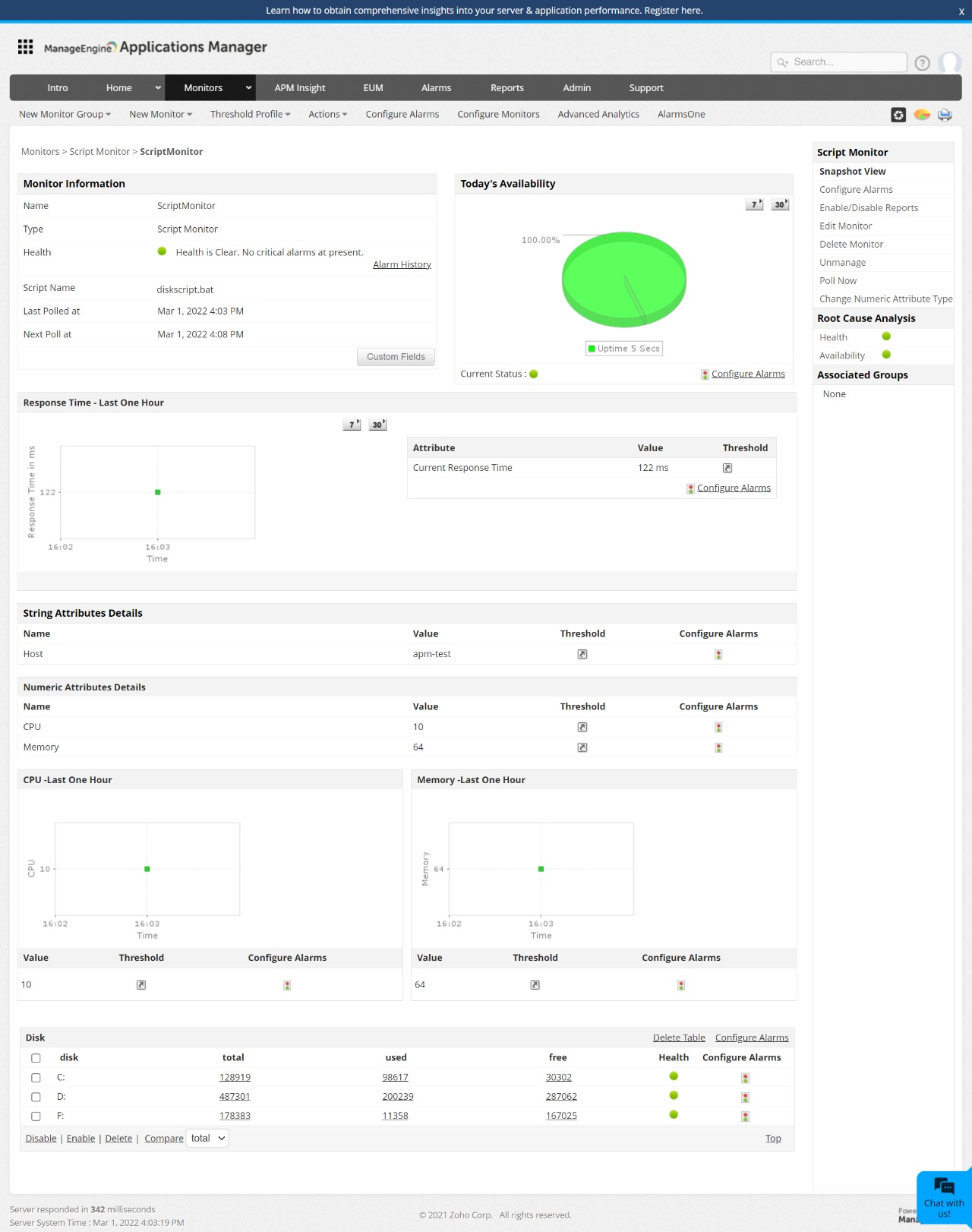 Table structures are now supported. User can redirect a table to the output file and all the values in the table will be monitored, generation of alarms and execution of actions and archival are asusual.

Note: Have a look at the script monitoring example in Applications Manager forums.

For information on other options in monitoring custom applications, refer to FAQ.

This feature allows users to monitor applications and devices not supported out-of-the-box. With Custom Monitors, you can even associate in house scripts in a more standardized manner, plus write monitoring code in any programming language Java, Jython, Ruby, .NET, Perl, PHP,  Unix Shell Scripts, Windows Batch Files, VBS Scripts or in 'C' etc and integrate the monitoring stats in to Applications Manager for Reports, Alarms and Service Views etc. More >>